Samsung's Galaxy range still rank among the best smartphones money can buy, even if the price is high and the competition is tougher than ever. 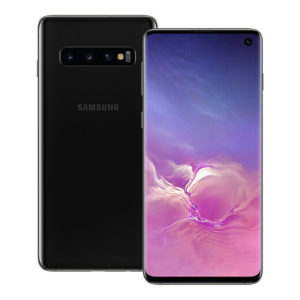 Is the Samsung Galaxy S10 the best Android smartphone money can buy?

For nearly a decade, Samsung has arguably held the title of best Android smartphone maker. The Galaxy S series has long been on the bleeding edge of technology and has left competitors like Sony, HTC and LG eating its dust.

The Samsung Galaxy S10, Galaxy S10+ and Galaxy S10e are the latest smartphones in this family, but for the first time in a long time, we're asking whether these phones are really the best smartphones money can buy. Chinese brands Huawei and Oppo are delivering much needed competition, and Google's Pixel phones are better than ever. Should you still but the Galaxy S10?

What we love about the Samsung Galaxy S10

The Galaxy S10 is the culmination of a decade of great ideas and sharp design. Samsung has been the maker of the best Android phones for a long time, and the Galaxy S10 definitely deserves a look in.
See Galaxy S10 Plans

Samsung's smartphone screens have been one of the key areas that has set its phone apart from the competition for a long time, and it is no different this year.

The AMOLED screens on the new Galaxy S10 family all look fantastic. White bits look white, black bits look black and colours really pop. You probably need to sit the phone next to a different phone to be really impressed -- something we have the luxury of doing here in the Reviews.org labs -- but trust us when we say that you will get your money's worth.

Samsung phones are also fast computers and the Galaxy S series has long been at the forefront of showing us just how powerful smartphones has become. You could argue that we're passed the point of there being a considerable difference between fast phones and slower models, and that most phones are now powerful enough to handle the apps we use everyday, like web browsers and social media tools. This is definitely true, but I'd still argue that the S10 feels faster than other phones I've used lately. Screens scroll smoothly, apps load faster. It doesn't make for a game-changing leap in the experience, but it is a pleasure to use.

Beyond these core phone features, Samsung has a couple of neat tricks up its sleeve this year. One of the headline features is a new 'Ultrasonic Sensor' which sits below the screen and replaces the fingerprint scanner we're now used to finding on the back of the phone. It works exactly as you would expect it to: you record your fingerprints in the phone settings and then press on the screen when you need to unlock your phone. As brand new tech, it works well, but there is room for improvement. It's nowhere near as fast or accurate as a regular fingerprint sensor, and you may need to try a couple of times before your screen unlocks. But, we definitely think the sensor is better on the front than on the back, and it's a cool party trick when you're showing off the phone to friends.

Speaking of which, the other great new feature may be of more use to your friends than yourself. Samsung has a new Power Sharing function built-in the Galaxy S10 range which works like a wireless phone charger. You switch it on from the Notifications Panel (like you would a mobile WiFi hotspot) and then place your friend's phone on top of the S10. Leave it there while you are hanging out, and they'll get enough charge to book an Uber to get home afterwards. It certainly won't charge the other phone quickly, and it drains the power from your phone to do it, but it is a really handy feature to have.

What we don't like about the Samsung Galaxy S10

If there are two features of a smartphone that you would rate higher than all others, we'd argue these are the quality of the camera and the time between needing to charge the battery. The quality of screens and general performance and also important, but most phones deliver in both of these areas these days. Camera and battery are two areas that split the great phones from the mediocre ones.

With the Galaxy S10 and S10+, the battery and camera are both good, but not as good as we'd expect from a Samsung phone at this price point.

In general, the camera is fine. Samsung squeezes in three camera lenses on the back, offering a standard view, a wide-angle view and optical 2x zoom lens to get in closer. The photos taken by the Samsung Galaxy S10 come out well. We were especially impressed with the shots taken with the wide-angle lens which captured colour and detail well, though there is clearly barrelling at the edges of the frame, where the image looks like it is distorting into a circle.

It is the zoom lens which caused us the most difficulty in our tests. We found it was hard to take a photo with sharp focus, despite Samsung leaning on optical image stabilisation software. It also struggles in lower light environments, leaving images looking murky and digitally sharpened. I'm not talking about dark environments either, even shooting indoors under overhead lights is enough to test this camera. 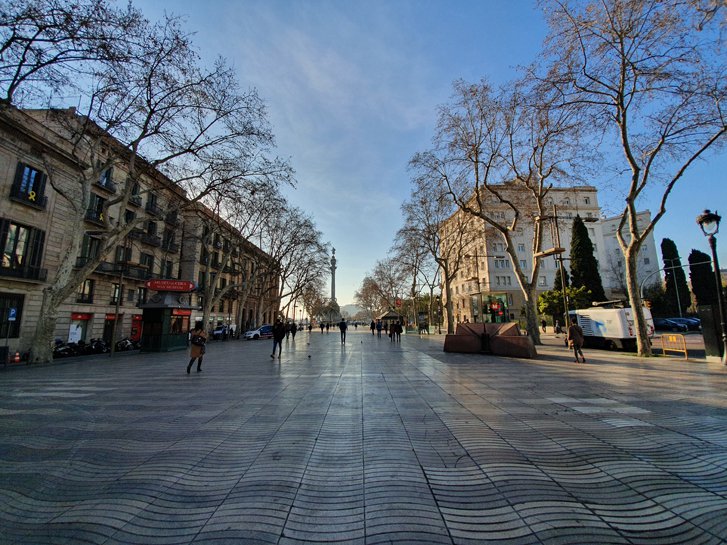 1 / 5
This photo has great detail, but you can notice a little barreling at the edges of the image.
Share: 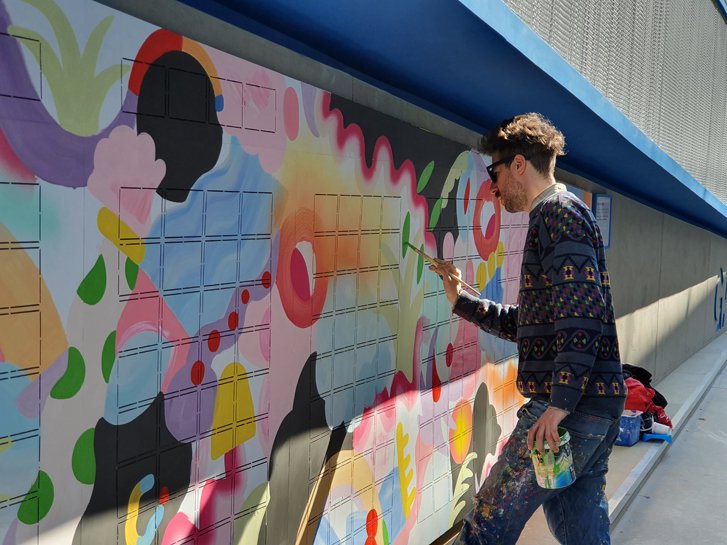 2 / 5
The Galaxy S10 takes photos with great colour, turning up the vibrancy of what is captures without over-saturating the image.
Share: 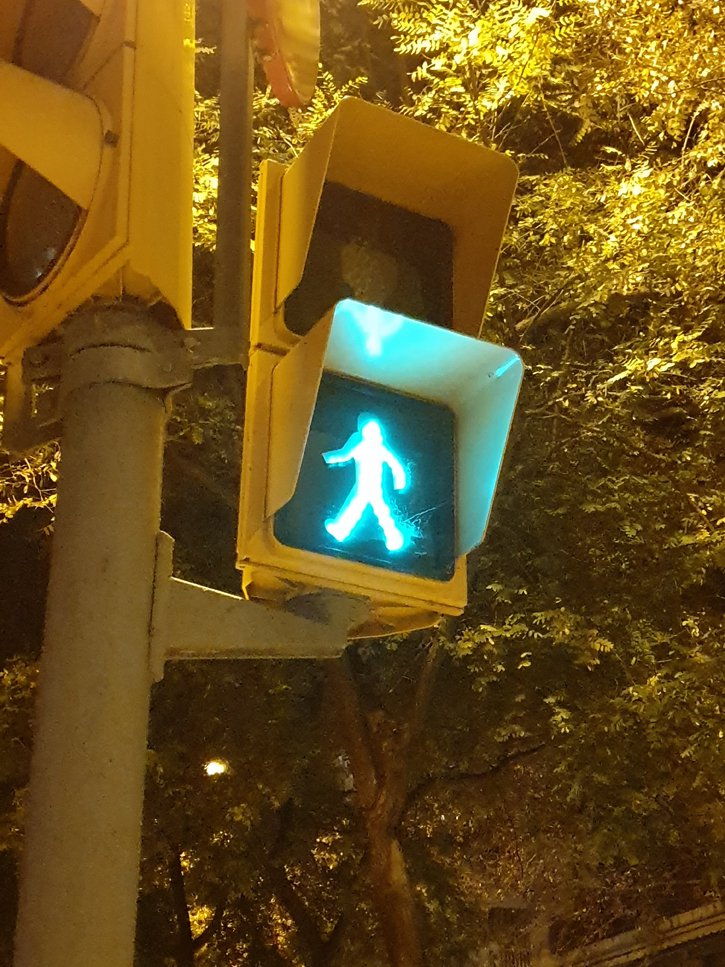 3 / 5
This pic illustrates our problem with the telephoto lens pretty well, there's so much detail lost and the colour looks swampy.
Share: 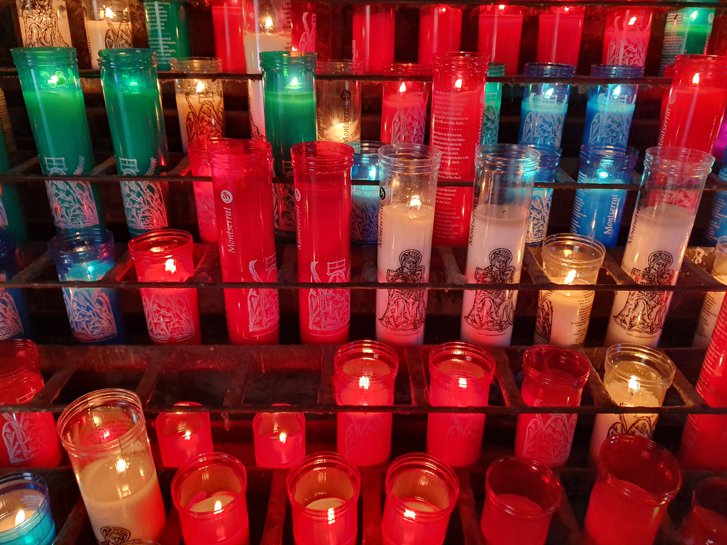 4 / 5
The image here was shot at a similar time as the previous image, but the standard wide lens does a much better job of dealing with the lower light.
Share: 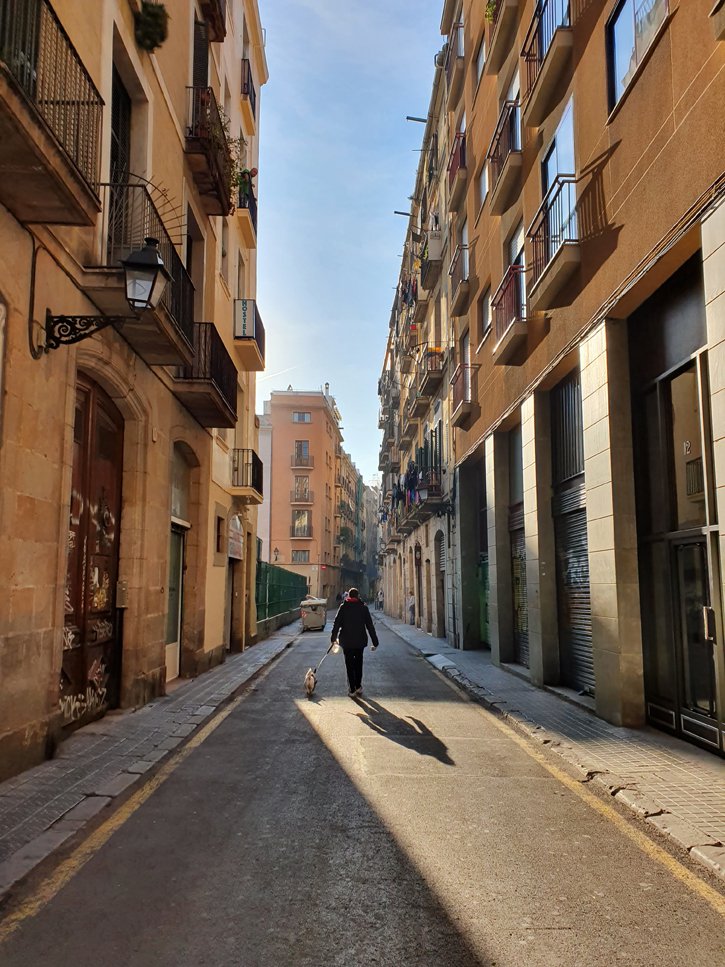 5 / 5
This is a great photo highlighting where the Galaxy S10 camera is the strongest. It captures a lot of detail here and deals with the variations in light across the frame well.
Share: 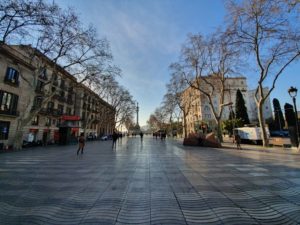 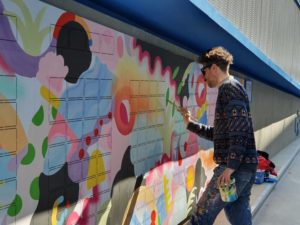 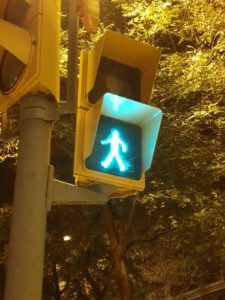 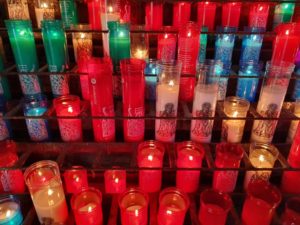 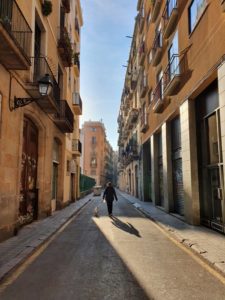 This is surprising because Samsung has packed high-capacity batteries into these phones. Competing handsets from Huawei last for twice as long, or more, with similar batteries. For the most part we put this down to sheer number of software features built into a Samsung phone these days. These tools and services tend to run in the background, or keep the phone active when you put it to sleep, and slowly drain power all day long.

We have a number of nitpicks as well, but none that we image are deal-breakers. The in-screen fingerprint scanner and face recognition security are both clunkier and slower than just having a fingerprint scanner on the back of the phone. Both are pitched are a leap forward but neither perform well enough. Also, using the S10 reiterates our dislike of curved smartphone screens. We agree that curving the edges of the screen looks cool, but the shine wears off after accidentally opening apps and pressing buttons a dozen times a day.

With this mind, we question whether the S10 family is too expensive this year. From a consumer's perspective, without considering what it costs to make these phones, the retail price is staggering, and prices on plans will be beyond the reach of many. But it feels like we're paying a premium for the bits of the phones we need the least. Samsung invests heavily in engineering curved displays and its multitude of apps and services, etc, but I'd be happier with a simpler phone, with a flat screen and longer battery life.

Where are the best Samsung Galaxy S10 plans?

Unlike most phones, like the Apple iPhone, you can buy the Samsung Galaxy S10 on plans from a number of providers, like Telstra, Optus and Vodafone, plus alternatives like Woolworth's Mobile and Southern Phone.

Buying a new phone on a plan isn't the only way to get your hands on a Samsung Galaxy S10, and if you plan to buy it outright, then here are some of the best SIM-only plans to pair it with.

What the difference between the Samsung Galaxy S10, S10+ and S10e?

Samsung released three Samsung Galaxy S10 models this year and the differences go beyond them being slightly different sizes. In general, as you move from cheapest to most expensive, the phones get bigger, you get more cameras and more internal storage. Most other components of the phones remain the same.