MagDart leaves MagSafe in the dust.

Well, it was inevitable, but another brand has swooped in and made a better version of Apple's MagSafe charger, less than a year after it was introduced alongside the iPhone 12. Last night, Realme unveiled its 50W MagDart charger, which it dubs the "world's fastest magnetic wireless charger". The company also revealed the Realme Flash concept phone, the first Android smartphone to support magnetic wireless charging, along with a suite of new MagDart accessories. 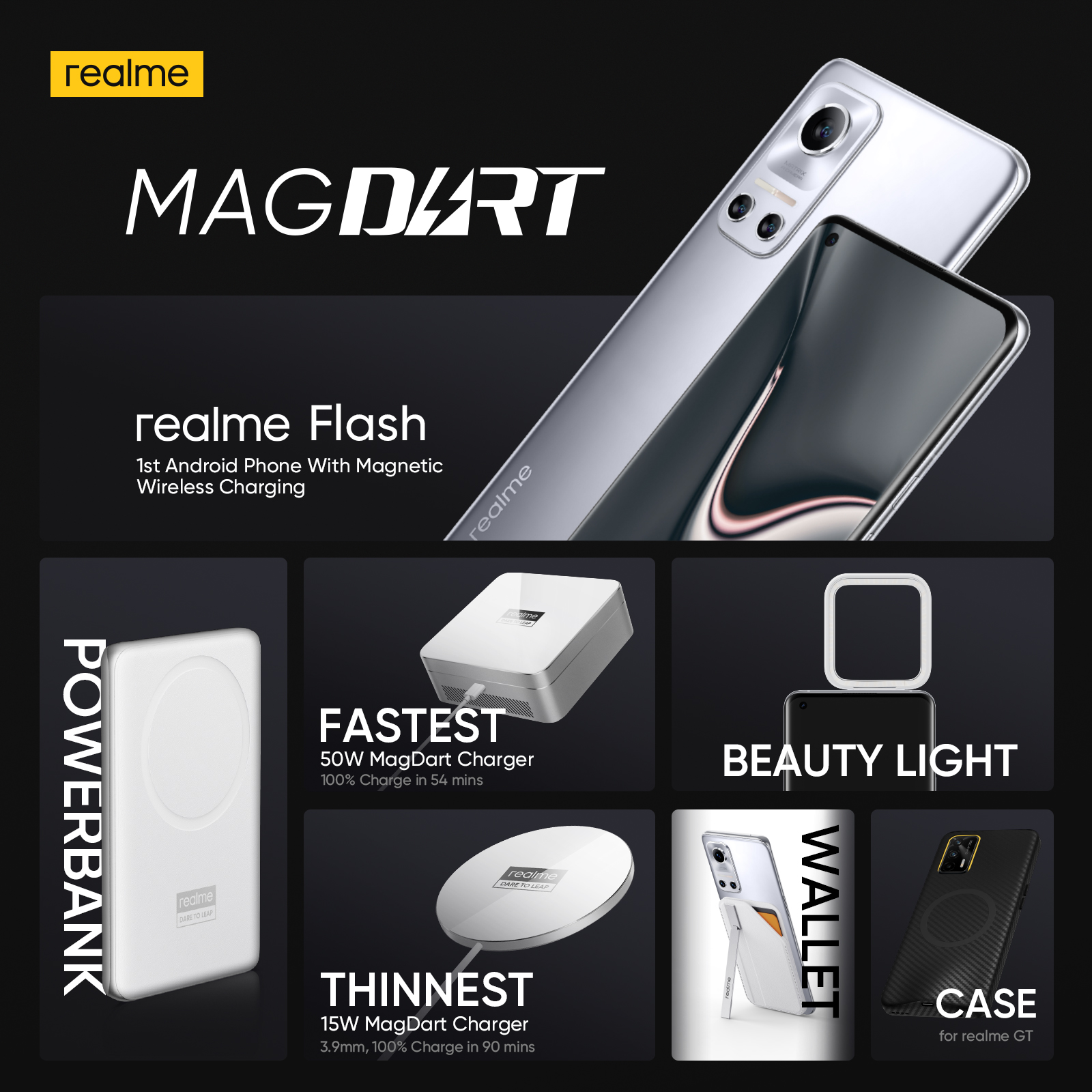 The (admittedly very chunky) 50W MagDart charger claims to fully charge the Realme Flash's 4500mAh battery in just under an hour, with a five-minute charge bringing it from 0 to 20%. For reference, that's roughly as fast its 50W SuperDart wired charger.

Realme also introduced the "thinnest magnetic wireless charger" on the market, a 15W MagDart charger that measures just 3.9mm thick, making it more than 25% slimmer than Apple's MagSafe charger. Interestingly, though both the 15W MagDart charger and Apple's 15W MagSafe charger boast the same wattage, Realme claims the design of its charger (with the mainboard and coil located at opposite ends of the plug and the charging pad) reduces heat and allows a 4500mAh battery to charge from 0 to 100% in 90 minutes.

Like Apple, Realme has created a suite of accessories to go with its MagDart-enabled smartphone, including 2-in-1 power bank and charging base, magnetic beauty light, and a magnetic wallet that can hold up to three standard cards and also functions as a kickstand.

The technology is still in its early days, and we don't even know when the MagDart ecosystem will become available (or if the Realme Flash concept smartphone will ever hit shelves), but it's still exciting to see some new charging innovations in the Android space. We'll keep you updated with availability and pricing information as soon as we have it.