Do you know your own phone number? 1.5 million Aussies don’t

Do you have your own phone number memorised?

Do you have your own phone number memorised? It might sound strange, but in fact, one and a half million of us don't know our own mobile numbers, according to a recent survey by WhistleOut Australia.

And I suppose it makes sense - we don't usually call ourselves, do we?

Of those who don't know their own phone number:

I know my own phone number, but no one else's

What was even more interesting is that 3.5 million of us (14% of survey respondents) don't have any emergency contact details memorised.

Of those who have zero contacts memorised: 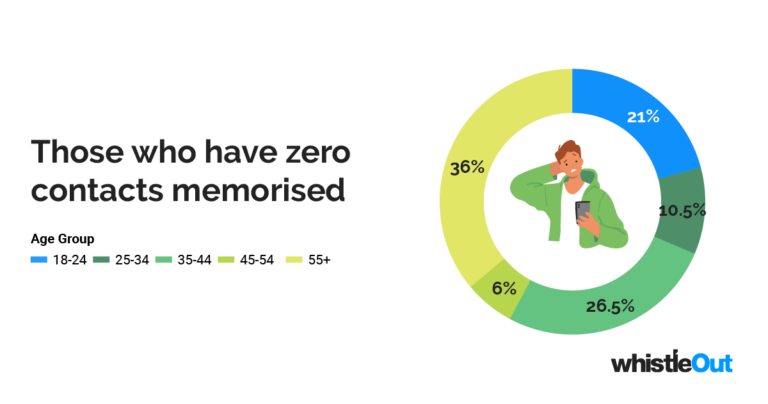 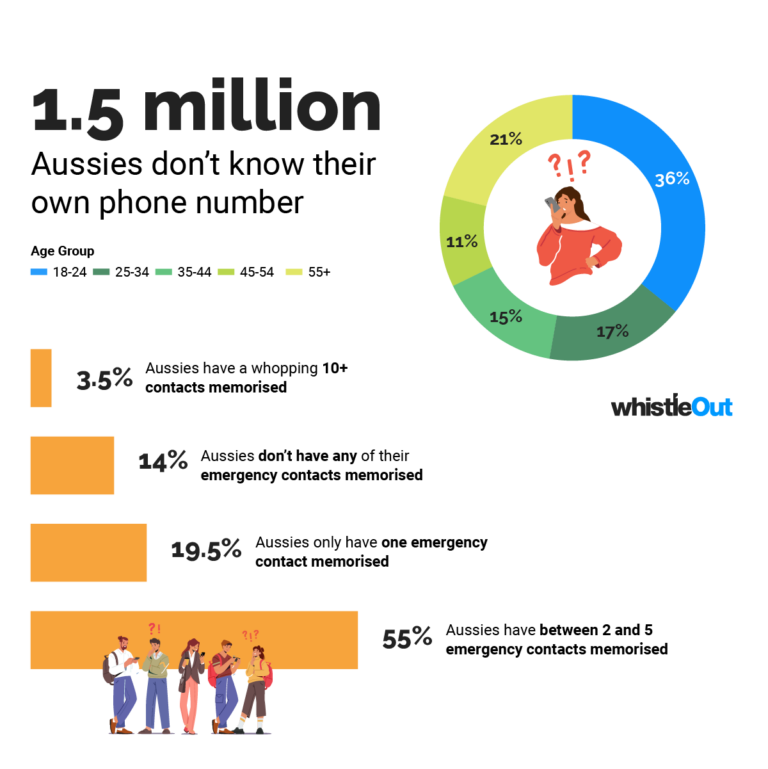 79% of respondents said it could be problematic if they didn't have their emergency contacts memorised, and they're not wrong.

Why does knowing your phone number matter?

On the surface it might seem superfluous - why does it matter if we know our own phone numbers - or those of our contacts - off by heart?

But according to Georgia, a paramedic in New South Wales, knowing your emergency contacts is vital if you ever find yourself in an emergency.

“Emergency contacts are very useful for multiple reasons. They can assist the medical teams in making medical decisions that would align with the patient's wishes. They can provide vital history such as the patient hasn't been taking their prescribed medications for the past week or the patient has been acting confused since 6am that morning (for example). We can contact your emergency contact for you and inform them what has happened and where they can come to visit/support you,” she says.

Dominic Ezard, also a paramedic in NSW, explains that time is of the essence when it comes to medical emergencies, and having a patient's medical history can take out some of the guesswork.

“The more information, the better. Having access to information saves us time and can speed up the process”.

And there are potential consequences for not being able to relay these details.

“[For example] The patient may receive medical treatment outside of what they would have wanted… We may be unable to contact your loved ones and let them know what has happened and which emergency department we are transporting you to” Georgia says.

Dominic says it's not just on the scene where problems could arise - but getting there in the first place. When people call 000, they're often distressed and distracted - and if you don't know your own phone number and the call gets cut off, it makes it harder to find your location. “The biggest issue is getting to someone and not knowing their phone number, location etc and then we have no way to get to you”.

Of course, there are a multitude of reasons you may not be able to recite your details to a paramedic - whether you've had a stroke or are unconscious, as well as simply not knowing and not having your phone handy to look up numbers.

Georgia suggests writing down a list and keeping it on the fridge and in your wallet, so paramedics can easily access it. “The list should have emergency contacts, medical history, medications and allergies. This can take the guesswork out of helping you”.

Dominic also has a few suggestions, like filling out your medical ID in your phone so that emergency workers can access it without needing to unlock your device, and getting familiar with your medical history if you're not already so you can relay it to emergency services.

“It can take five to ten minutes to get the full picture of a situation… We live in a world of guesswork. The more information we have about someone's medical situation beforehand can help streamline the process”.

It can also help if your emergency contact is familiar with your medical history too, so they can relay it to paramedics if you are unable to.

How do I find my own phone number?

For both Android and iPhone users, it’s quite simple to find your own phone number.

We surveyed 1,000 Australians about their mobile usage and opinions, and then analysed the results for this report.