Amazon adds a couple of neat and noteworthy upgrades to eero Mesh WiFi. 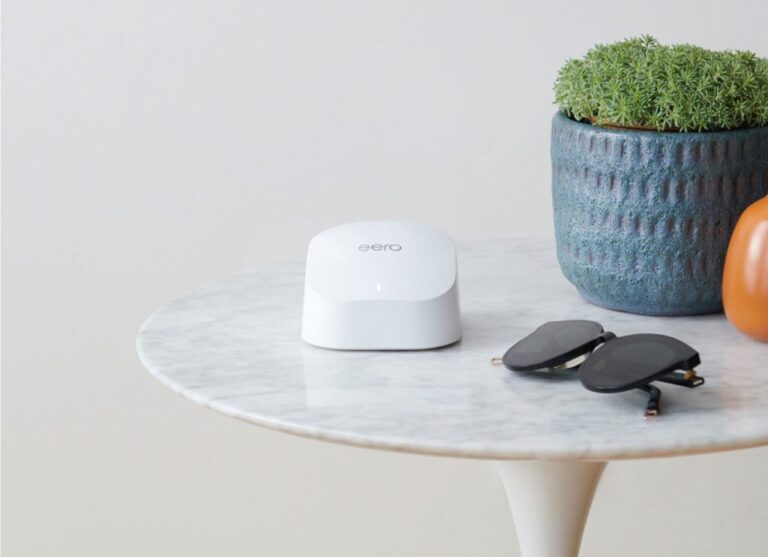 Amazon has today launched an upgrade to its eero mesh WiFi system with the latest WiFi 6 networking standard and a Zigbee smart home hub.

Incorporating WiFi 6 tech into the new Amazon eero 6 should deliver a decent boost in bandwidth across the mesh network compared with the original eero mesh kit. According to Amazon, network speeds increase from 350 Mbps to 500 Mbps with the new setup. It offers the same coverage though, with a 3-pack of router and extenders delivering coverage up to 460sqm.

As an added bonus, the new eero 6 router also doubles as a Zigbee home hub for connecting smart home devices from across dozens of different hardware makers. Zigbee is one of the most popular smart home networking standards and is a great thing to have as you build up an army of connected devices around your home.

There are a few differences in the design of the new eero 6 too. The original eero system didn’t differentiate between the primary router and access points. All devices in the network had the same functionality and 2x ethernet ports.

With the new eero 6, there are two different units; a router and extenders. The router has 2x ethernet ports, like the old system, but you don’t get wired connectivity on the extenders, these have a single port on the back for power.

For those of us looking to connect a mesh Wifi system to the NBN, the eero 6 will connect directly to nbn™ supplied modem in Fibre to the Premise, HFC and Fibre to the Curb connections. For homes on the Fibre to the Node network, you will need a modem to connect eero to. (We have a guide to the difference between a modem and router if you need a refresher.)

The eero 6 is available now on Amazon. A 3-pack with a router and two extenders costs $499, or you can buy these separately. The router costs $229 and each extender will set you back $199. The original eero system is still available too (currently holds a place in our picks for the Best Mesh Wifi systems you can buy).