Midnight Suns sees Firaxis leave its comfort zone behind and is all the better for it. 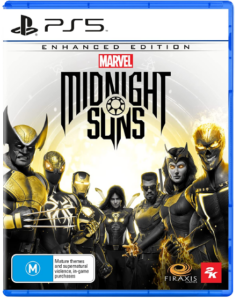 Midnight Suns is a fresh fusion of genres that leans on its source material in wicked ways and pulls from unexpected inspirations to heroic effect.

Tone can be a bit all over the place 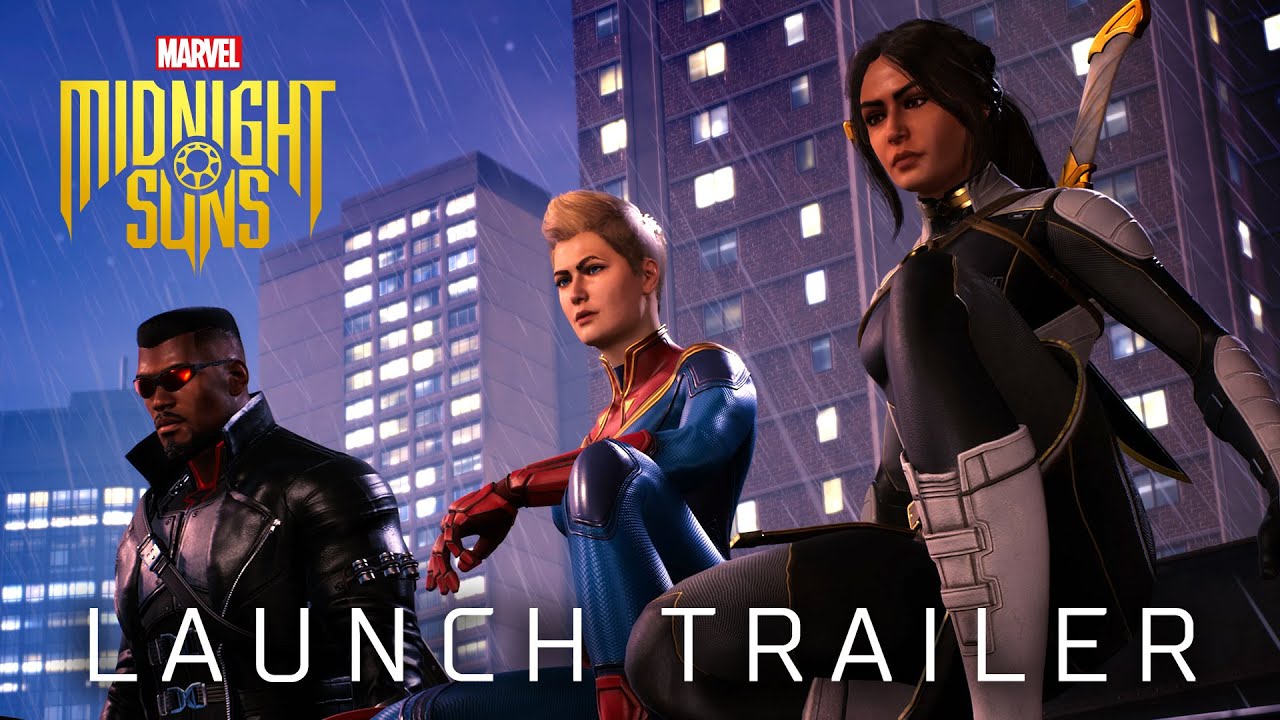 More than anything else, the thing that sticks with me about Midnight Suns is the compelling argument it makes for encouraging the team behind it to venture further from its comfort zone.

Deck builders are a dime a dozen these days. Nevertheless, Firaxis' take on the genre is a slam dunk. It's a refreshing riff on the formula that makes me actively excited for other developers to expand on what Midnight Suns brings to the table. It's a strategy game so smartly put together that you can see it spearheading a sub-genre of its own.

It’s almost painfully easy to imagine a version of this game that hews much closer to what the studio has done before. Instead, Firaxis’ card-based superhero tactics game ends up breaking a lot more new ground than expected. The final results are less another one of those and more a new breed of turn-based strategy entirely.

It’s a testament to how just how big a payout this gamble on new ideas garners that Midnight Suns can overcome my general fatigue with not just the subject material but the subgenre writ large. 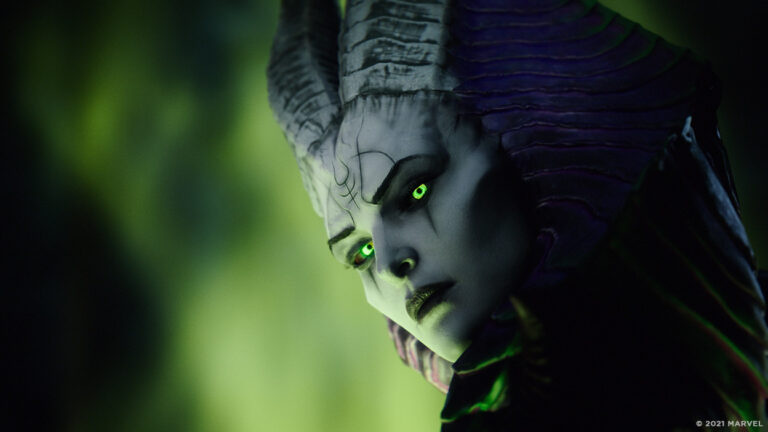 Despite the presence of mainstream headliners like Iron Man and Captain America, the premise of Marvel's Midnight Suns is more of a deep cut.

A semi-obscure but powerful supervillain named Lilith has invaded Earth. You play as the chosen one sworn to bring about her downfall. To that end, you get to craft your own version of Midnight Sun's protagonist. You get to pick out both the physical appearance of The Hunter as well as the clothes they wear.

While Firaxis have flirted with character customisation in the past, the inclusion of fully-featured voice acting for both male and female versions of this player character goes far further. The ability to make the story your own makes Midnight Suns feel much closer to a Bioware RPG like Dragon Age or Mass Effect than anything in the developer’s catalogue to date.

As the Hunter, you’ll recruit various characters from across the Marvel universe to your cause and then lead them into battle against the forces of Lilith.

This setup isn’t entirely dissimilar to tactical deck builders like Gloomhaven, but Midnight Suns is more than unique (and deep) enough to stand on its own two feet. By design, the systems here are easy to pick up and learn and hard to master as new keywords and mechanics get introduced.

Rather than playing out on a tactical map (a la X-COM), the combat in Midnight Suns is driven by cards. Each of the three heroes you take on any given mission brings their own decks of action cards to the table. Those three decks get shuffled into one big pile, and then you draw potential moves from that shared pool of cards.

Every turn, you’re playing up to three cards from your hand. Some action cards are free. Others cost a resource called heroism. If a character gets stunned, dazed or otherwise incapacitated, you won’t be able to play any of their cards until they're back in fighting form.

This card-centric half of the combat in Midnight Suns comes complemented by a second set of strategic considerations. Some of these feel ripped from more traditional tactical strategy titles like BattleTech, but they all play off the source material in fun ways.

Rather than spend your heroism on more powerful cards, you can spend it on activating environmental hazards. Instead of using the free movement action to avoid an incoming attack, you can use it to charge and knock an enemy backwards into a pit or another enemy.

The way that Midnight Suns teaches these elements can sometimes be overbearing, but the end result is well worth it. The interplay between these mechanics and the state of the board from turn to turn is a big part of what keeps Midnight Suns engaging over its lengthy runtime. Every fight feels like a combat puzzle that you don’t know how you’re going to try and solve until you suddenly do.

Each turn brings the possibility of enemy reinforcements, pushing you to play as efficiently as possible. When you’re learning the basics or on the ropes, fights can drag into knuckle-white affairs in attrition. When you’re playing well and you’ve got the right team in place, it feels like almost any mission can be cleared in a single turn if only you play your cards just right. 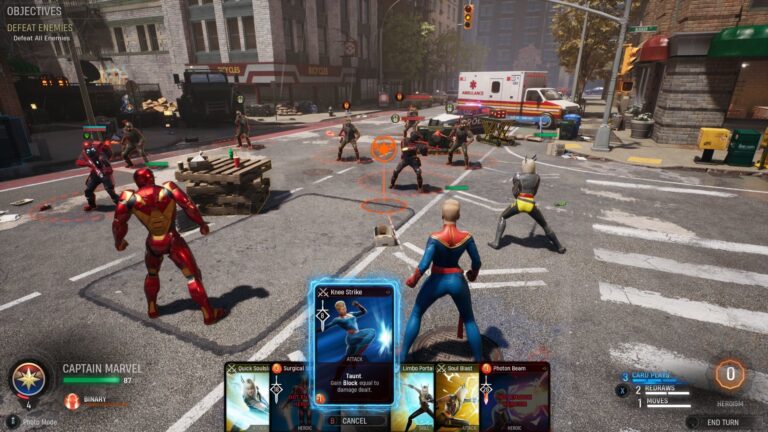 Between missions in Midnight Suns, you’ll explore the grounds around the ancient church that acts as your HQ, research new upgrades and spend quality time with your team in order to keep morale high.

While parts of this setup do resemble the home-and-away rhythms of Firaxis' X-COM games, it shouldn't be overlooked just how specifically influential games like Fire Emblem and Persona feel when it comes to the non-combat parts of this game. Each positive interaction fills out a relationship bar, while negative encounters do the opposite.

This team-management aspect intersects in intriguing ways with Midnight Sun’s morality system, which unlocks new abilities and cards for the Hunter depending on the dialogue options you choose. Both of the above are hardly new, but the ways in which the two systems inform and inflect upon each other are particularly novel and fresh here.

Over the course of Midnight Suns’ single-player campaign, you’ll work your way up to a total of 13 playable heroes. Each addition to the team comes with their own set of cards to collect and experience bars to be filled up. Each recruit can also be outfitted with new equipment, cards and cosmetics between missions. Eventually, you'll even get the ability to edit and upgrade cards, allowing you to tinker with and refine your build to your heart's content.

Graduating from mixing and matching cards to manufacturing them is the natural endgame. However, the difficulty curve in Midnight Suns has been tuned such that more casual players can probably skate through the game without drowning themselves in the details.

Higher difficulty tiers offer greater rewards and experience, but the fun of Midnight Suns is thinking through each combat puzzle and then executing your chosen solution. That's just as much the case at higher difficulty levels as it is the default.

Every so often it felt like the game would actively dare me to nudge the dial a little higher, but there’s nothing standing in your way if you do prefer the power fantasy to the sense of peril that greater challenges can command. 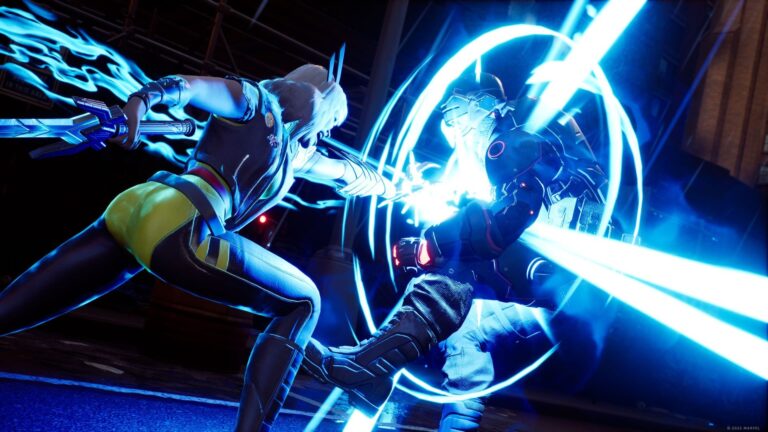 The non-combat-oriented parts of Midnight Suns aren’t quite as satisfying as the fights, but they go a long way to fleshing out the tone and texture of Firaxis’ take on what should feel like pretty well-trodden material.

As the choice of villain might suggest, this spin on Marvel leans more supernatural. Characters like Ghost Rider and Agatha Harkness are foregrounded. Figures like Thor and The Guardians of the Galaxy get referenced but kept off-screen.

Beyond this, the storytelling in Midnight Suns is much something closer to the long-form narratives seen in various animated takes on these characters rather than their big-screen contemporaries in the MCU.

Midnight Suns is much more interested in portraying and exploring what the day-to-day is for these characters than the most important days. It's less about the rare moments where the Avengers play nice with the Midnight Suns and more concerned with how the different factions of your team interact the rest of the time.

That said, there’s an inevitable sort of tonal whiplash here when it comes to some of the situations you end up in. One moment you'll be in a high-stakes showdown with Hydra, the next you'll be sitting down for Blade’s weekly book club.

It’s a credit to the writing in Midnight Suns that it wears these sorts of transitions in tone as well as it does. It’s a bit ridiculous at times, but it’s all a bit ridiculous to begin with so you may as well enjoy the ride. Even if the one-liners don't always land, the writers involved with this project deserve every ounce of credit for bringing to life a superhero-focused version of Facebook where you get to see Doctor Strange get into an argument in the comments.

It took me a good thirty or so hours of Midnight Suns to hit the credits, but I can easily see myself spending more time than I have to with the game past that point. The core loop of jumping into a mission, working out the best way to play your cards and then dabbling with the progression systems that then feed you into your next encounter is entirely different but just as addictive as the one-more-turn mentality that you’ll find with X-COM and Civilization.

Is Marvel's Midnight Suns worth buying? 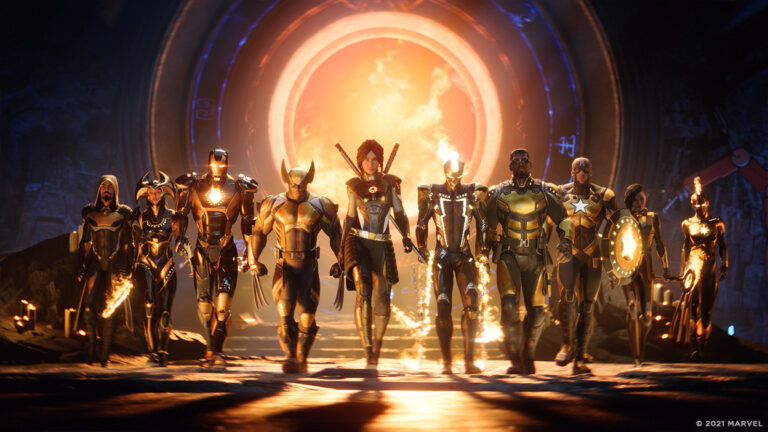 If you’re going to steal, it’s usually smart to steal from the best. The list of inspirations being laundered here is long, covering everything from Gloomhaven and Dragon Age to Fire Emblem and Into The Breach.

Rather than come off like a cash grab of a crossover, Firaxis’ collaboration with the world’s biggest superhero brand is a flex that shows just how good the studio can be when given a license to do more than what it’s always done.

Midnight Suns sees Firaxis leave its comfort zone behind and is all the better for it.