A great-sounding headset with comfort and battery life aplenty. 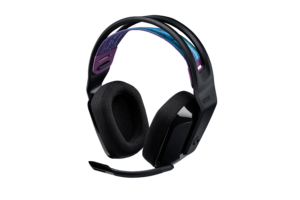 Only compatible with PC and PlayStation

I’ve always struggled with over-ear headphones and headsets. Maybe it’s my weirdly-shaped ears or perhaps I’ve chosen the wrong products in the past. Either way, it means I generally can’t stand to wear them for longer than about two hours, three tops. Needless to say, my interest was piqued by the Logitech G535 Lightspeed, which was released in June and claims to be one of the lightest gaming headsets on the market, supposedly making for “hours upon hours” of comfortable gaming.

So how does it fare in practice? I’ve spent the last few weeks putting it to the test. 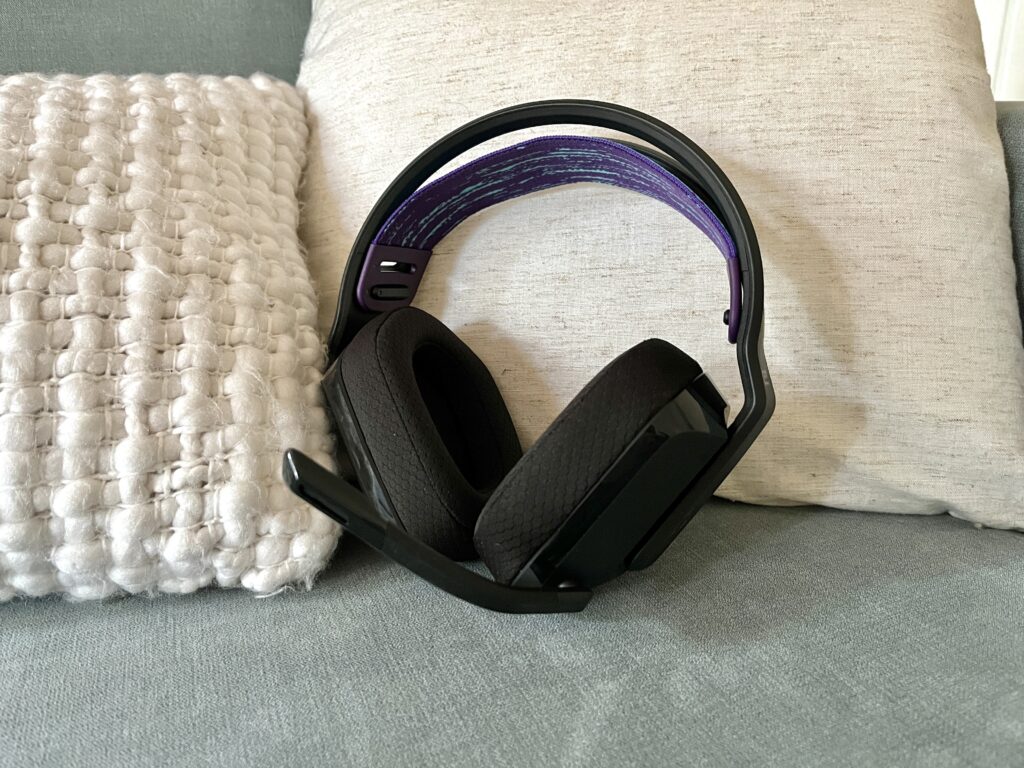 A mid-range headset with lots of competition.

The mid-range gaming headset market is reasonably saturated, with the likes of Razer, Corsair Turtle Beach, SteelSeries and EPOS all vying for your hard-earned cash. The Logitech G535 Lightspeed is right in the thick of it, retailing for $249.95. That said, we were able to find it for slightly cheaper (as low as $229) through smaller online stores. 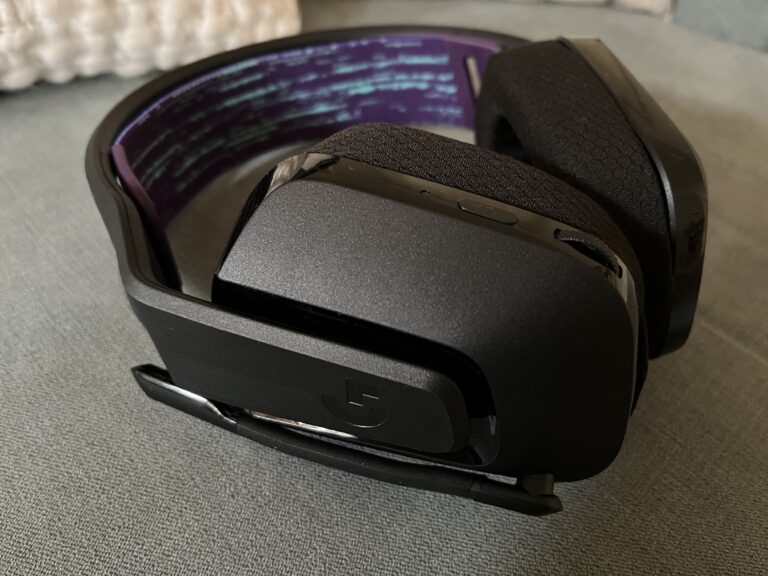 For me, and arguably the majority of gamers, comfort is one of (if not the) most important factors to consider when looking for a headset. Whether you’re playing a few rounds of Rocket League or settling in for an hours-long Elden Ring session, you want your headset to be just as comfortable at hour four as it is at the half-hour mark. The Logitech G535 Lightspeed wireless headset easily smashes that benchmark.

Weighing in at just 236 grams, it’s incredibly light, with a soft, adjustable headband and memory foam earpads that moulds nicely around the ears. It’s one of the few gaming headsets I’ve tried that doesn’t feel like a weighty vice around my head.

I wouldn’t say that the Logitech G535’s plastic body feels particularly premium, but it’s clearly well built, and if it allows for such a lightweight end product, I’m on board.

Logitech has opted for minimal controls on the rear of the left ear cup, where you’ll only find the power button and volume wheel. On the front, the adjustable boom mic is controlled with a simple flip-to-mute function.

Aesthetically, the G535 is quite slim and reasonably understated in all black (aside from the blue-purple headband) with no RGB elements or visible wires.

No dice for Xbox and Switch users.

The Logitech G535 Lightspeed is compatible with PC and PlayStation 4 and 5, using a USB wireless receiver to bridge between headset and device. I tested it with my PC and PlayStation 5, and with both I experienced a solid, reliable connection with ultra-low latency. Logitech claims the USB receiver has a wireless range of up to 12 metres, which I found to be pretty spot on in my testing.

Unfortunately, if you were looking for a multi-platform-compatible gaming headset, the G535 might not be for you as it doesn’t support Xbox or Switch and doesn’t offer Bluetooth, either.

Excellent sound of the box.

A comfortable gaming headset is all well and good, but it’d be nothing without decent sound. Thankfully, the Logitech G535 Lightspeed delivers on all fronts. I found the sound profile to be spot on right out of the box with an excellent balance between bass, mids and treble, but you can also make EQ adjustments in the Logitech G Hub app. On the downside, there’s no active noise cancellation, and the passive noise cancellation on offer (by virtue of being an over-ear headset) is pretty average.

The boom mic is reminiscent of that found on the Corsair HS80, which is one of my favourite gaming headsets from the past year. Though it’s certainly not going to replace a standalone mic if you’re a streamer, it’s perfectly crisp enough for chatting on Discord. I even used it in some work Zoom meetings, where I was told there was a big improvement in mic quality compared to my standard wireless earbuds or laptop mic.

If you hate having to recharge your headset every couple of days, the Logitech G535 Lightspeed could be the solution to your troubles. Its battery life is advertised at 33 hours, and in practice, that figure was pretty bang-on. For me, that translated to about a week of after-work and weekend gaming before I needed to recharge.

When it was finally out of juice, it only took about an hour and a half to two hours to fully recharge with the included USB-C charging cable. You can use the headset while charging, but the USB receiver will need to remain plugged in, so plan your ports accordingly. The boom mic is reminiscent of that found on the Corsair HS80, which is one of my favourite gaming headsets from the past year. Though it’s certainly not going to replace a standalone mic if you’re a streamer, it’s perfectly crisp enough for chatting on Discord. I even used it in some work Zoom meetings, where I was told there was a big improvement in mic quality compared to my standard wireless earbuds or laptop mic.

Is the Logitech G535 Lightspeed wireless gaming headset worth buying?

If comfort is key, absolutely.

The Logitech G535 isn’t a total game-changer (pun intended) in terms of features and connectivity. That said, it is easily one of the most comfortable and lightweight headsets I’ve ever tried, with fantastic battery life and great quality audio. For that, I think it’s a worthy contender for anyone looking for a mid-range gaming headset.