A gaming laptop beefy enough to replace your desktop. 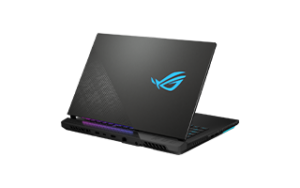 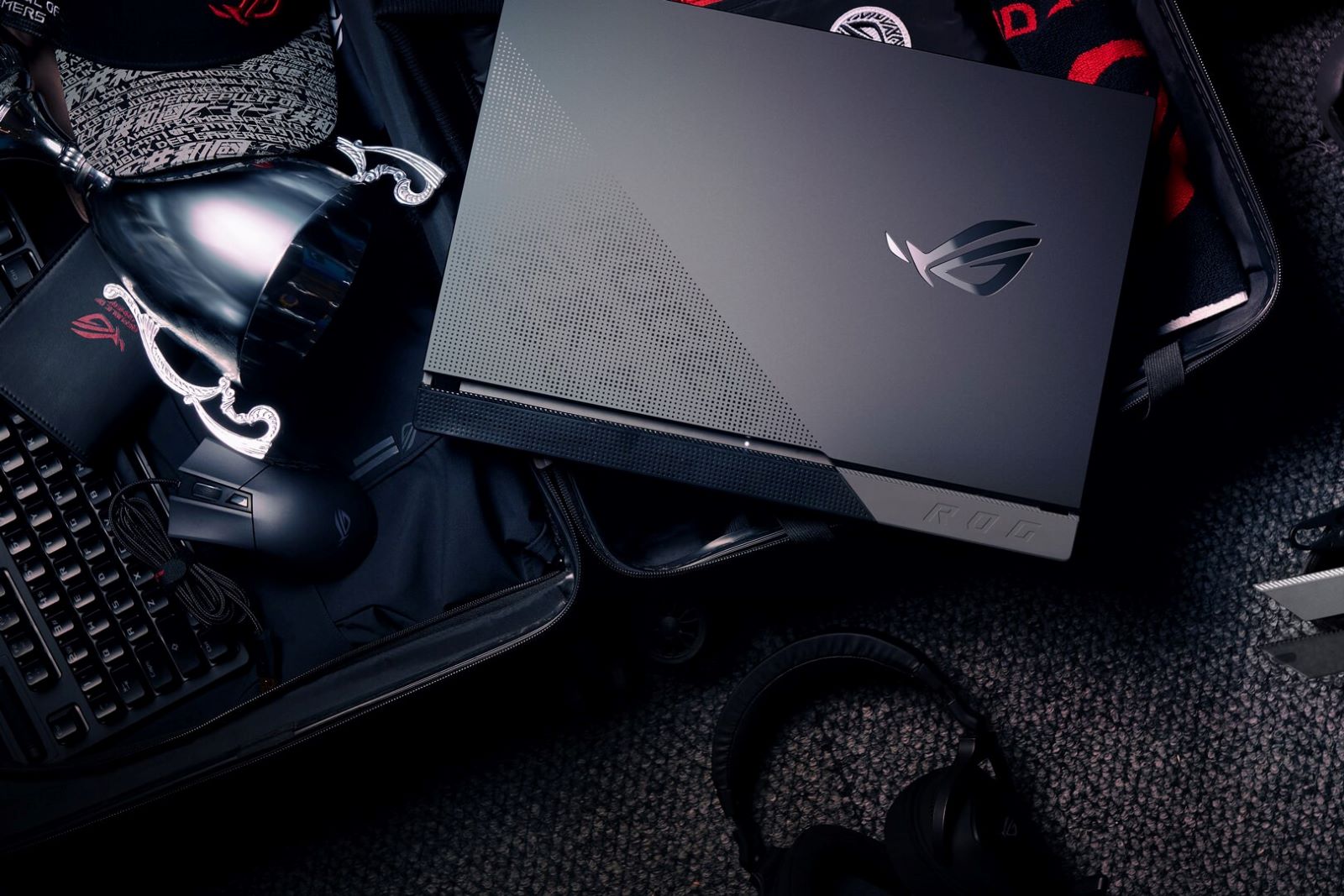 How much the ASUS ROG Strix Scar 15 (G533QS) costs in Australia?

Beyond the power brick and cable used to charge the laptop itself, the ASUS ROG Strix Scar 15 (G33QS) box also includes two ‘Armor Caps’ that add a tiny element of extra personalisation to the overall package.

Additional Armor Caps aren’t available, but the ASUS’ website does let you download the designs necessary to 3D Print your own.

The ASUS ROG Strix Scar 15 is nothing if not a typical gaming machine when it comes to look and feel. It’s got a vibrant RGB-LED under-light, chunky optomechanical keys, a screen with a 300Hz refresh rate and a quartet of speakers capable of bringing a virtual 5.1.2-channel to bring a surround soundstage to your next gaming session.

There’s no point pretending that the ROG Strix Scar 15 isn’t expensive, but it sits right on the line between high-performance and excess in the grand scheme of things. It conforms to the same visual ethos you’ll find throughout ASUS’ latest ROG range. It’s a cleaner, more modern riff on a familiar formula. You’ve got a perforated slash design on the back and a slick wide-view 1080p screen with thin bezels on the front.

The review unit we tested was equipped with a 1080p display clocked at 300Hz. If you’re after a version of the ROG Strix Scar 15 with a 1440p, you’ll have to “settle” for 165Hz - which still puts it ahead of many other laptops.

Though noticeable when under duress, the Arc Flow fans aren't too distracting, and the full-size, desktop-style keyboard yields the obvious benefits. The back-end of the ASUS ROG Strix Scar 15 is definitely thicker than the front, but it’s nowhere as chunky as many other comparable gaming laptops usually are.

As with ASUS’ other ROG gaming laptops, the RGB lighting (both on the keyboard and the exterior of the Strix Scar 15) is controlled via ASUS’ Armory Crate and Aura Sync software applications. Like the Zephyrus G15, there’s also an extra layer of liquid metal coating the CPU and a nifty self-cleaning system that works to cleanse the machine’s interior. Unlike ASUS’ slimmest gaming machine, however, the ROG Strix Scar 15 opts for an overall conventional form-factor peppered with several ASUS-isms. 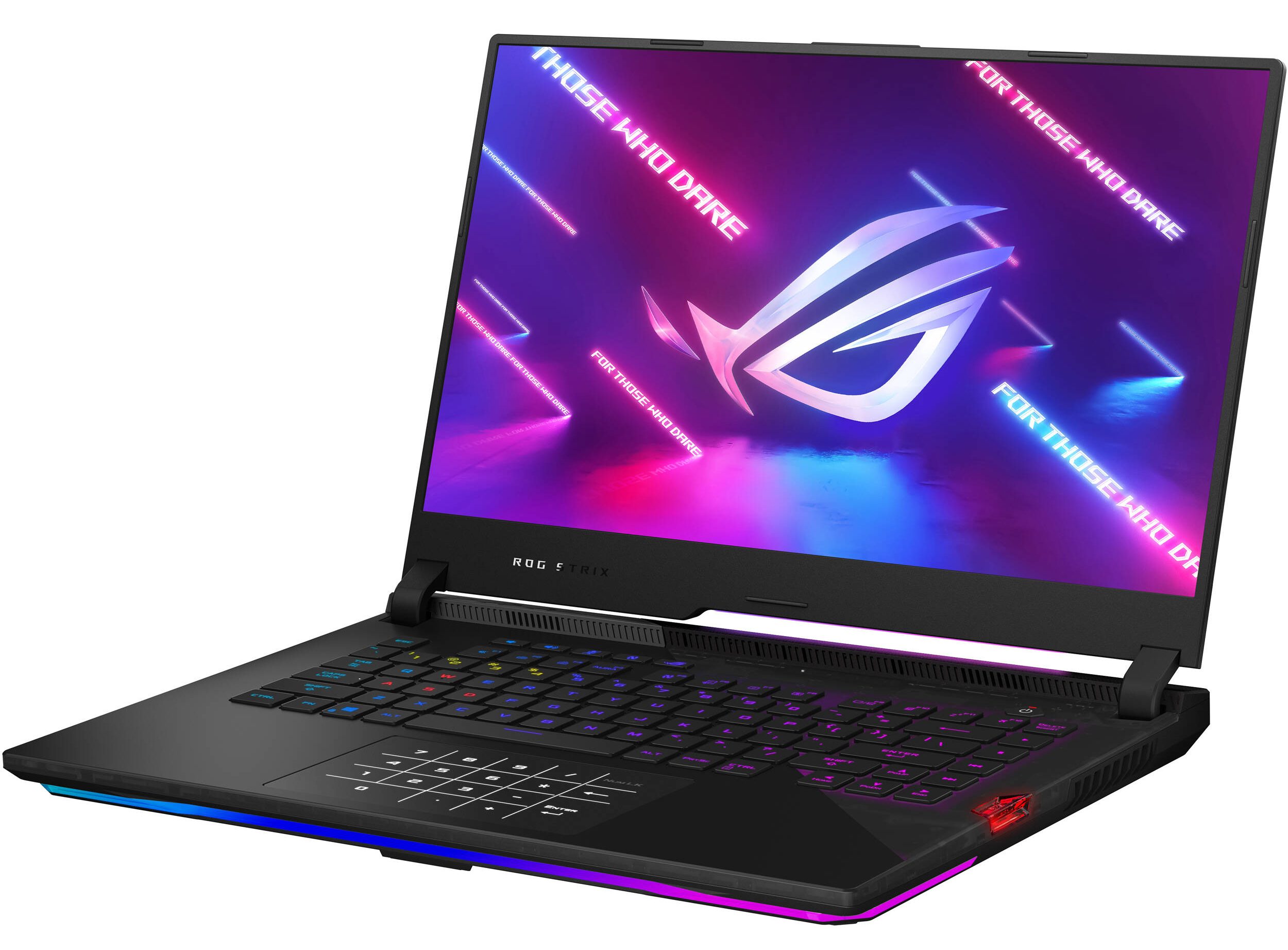 To begin with, there’s no webcam to be found. This isn’t uncommon amongst the current ASUS ROG range, but it still feels a little stingy. Next up, the right-most side of the ASUS ROG Strix Scar 15 is partially translucent. This is a neat touch that allows you to peek into the internal working of the chassis. It’s a bit of flavour that doesn’t change things too much.

This side of the machine is also home to ASUS’ unique Keystone accessory. Now in its second generation, the Keystone allows you to save and take your gaming settings with you. You can even configure the ASUS ROG Strix Scar 15 to do certain things when you connect the accessory, such as closing or opening certain apps or temporarily turning off the fans inside the machine.

If you’re used to more slimline PCs, the physical space that the layout of the ASUS ROG Strix Scar 15 gives you to work with can be downright dizzying. The trackpad is more prominent and broader than the average, and there’s a smoothness to the texturing of the chassis that cordially invites you to rest your weary palms upon it. You can even use the trackpad on the Strix Scar 15 as a makeshift number-pad if you prefer since it incorporates the basic level of the ScreenPad tech found in ASUS’ more mainstream Zenbook range. 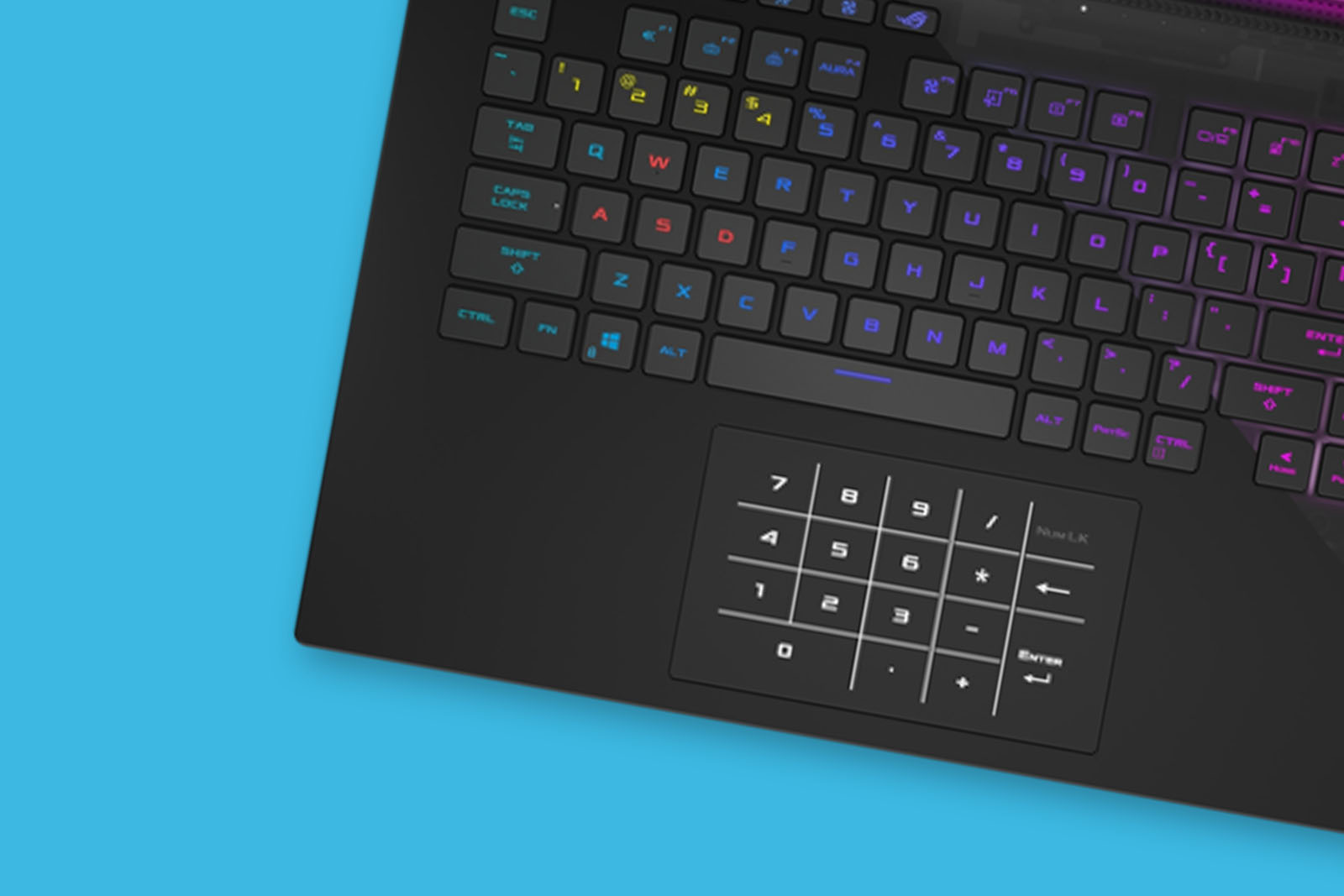 The screen on the ASUS ROG Scar Strix 15 manages to come across as both its greatest strength and limitation. Being stuck at FHD will be a sticking point for some, but the high refresh rate here gives the hardware inside the machine a lofty target to work towards.

Apex Legends is a good-looking game to begin with, but seeing Respawn’s science-fiction shooter run at over two hundred frames per second is still a treat. The same goes for uber-demanding titles like CD Projekt Red’s Cyberpunk 2077 and Kingdom Come: Deliverance, which got a significant bump upwards when we shifted into high-performance mode using ASUS’ Armor Crate software. 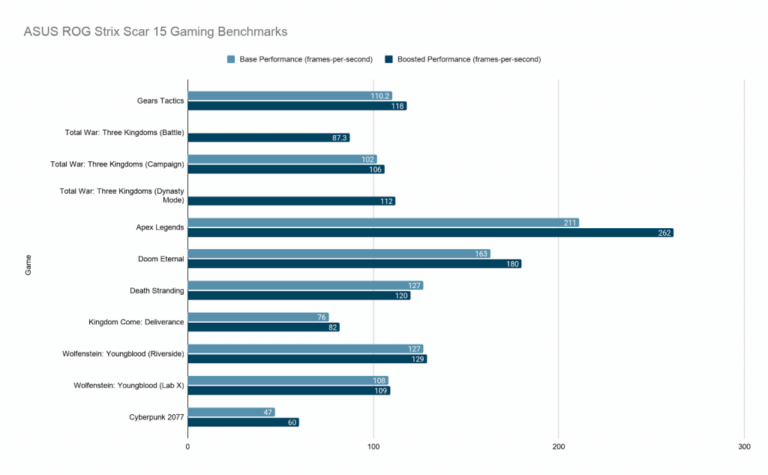 The ASUS ROG Strix Scar 15 also scored high marks across the board in terms of the more standard benchmarks, such as PC Mark and 3DMark. 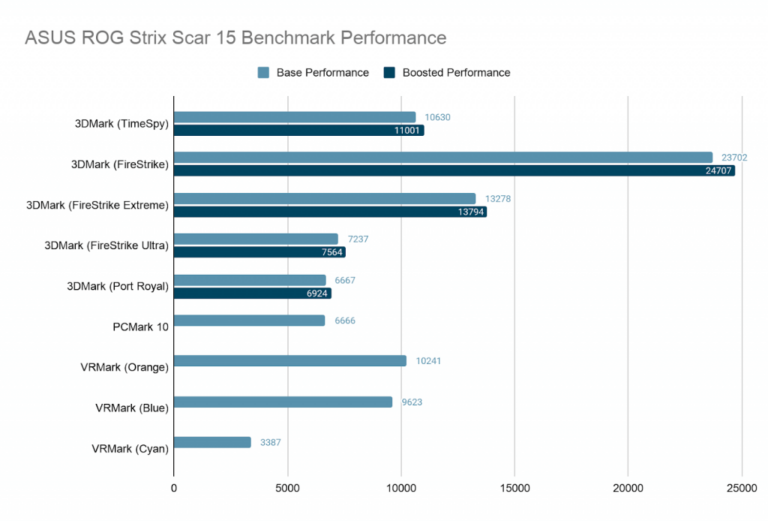 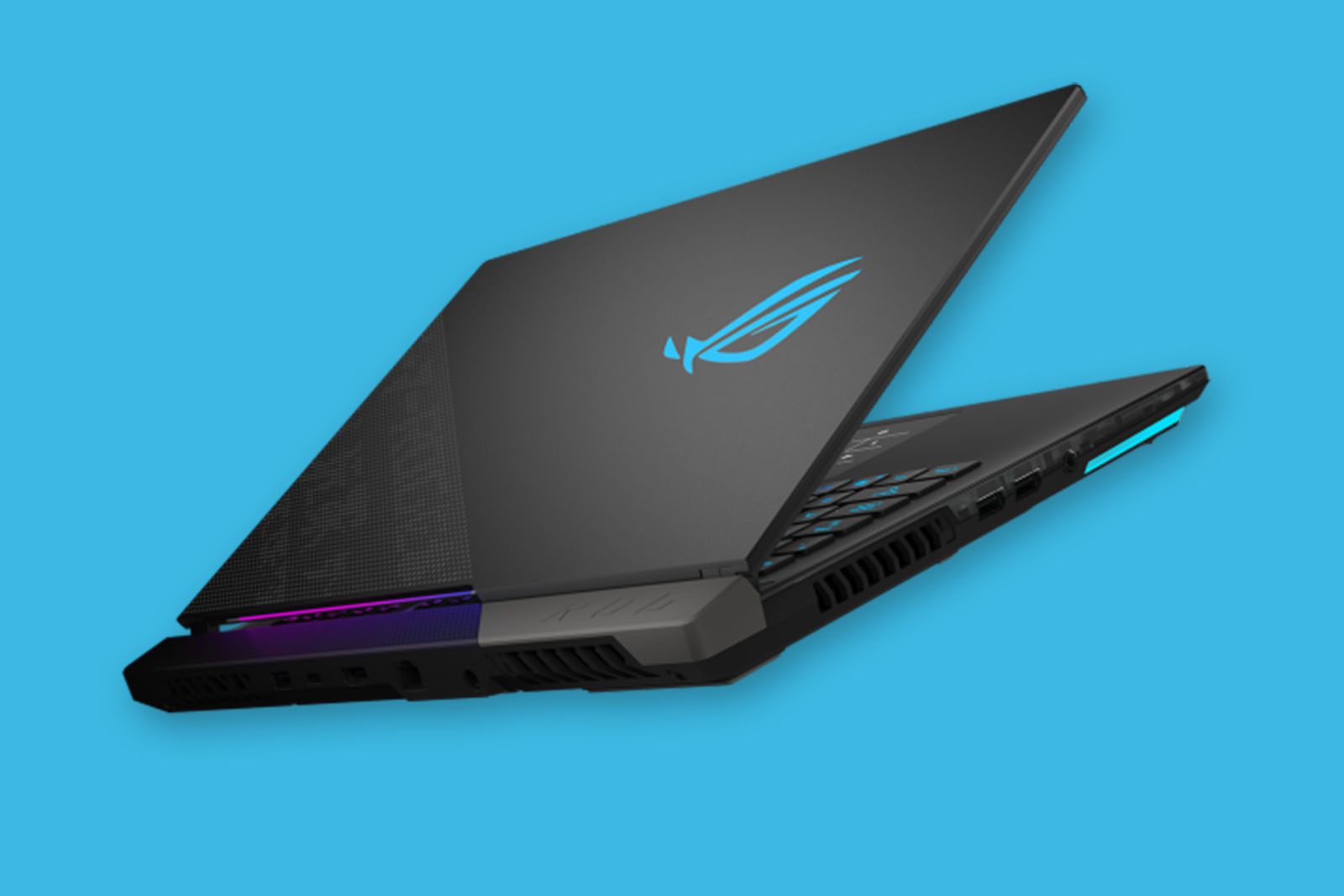 The ASUS ROG Strix Scar 15 commands a high price, but the upshot is that the list of cons here rarely extends past the inherent expense of the thing. The hardware here is as close to the best you’ll find in most desktop-replacement gaming laptops of this class.

More expensive gaming laptops with similarly overkill specs exist, but once you fly past the $4000 mark, diminishing returns begin to set in. Regardless of whether you’re paying extra for brand-name, bespoke design sensibilities or one of Intel’s Core i9 processors, you’re still spending more than you have to.

ASUS hasn’t sought to slay the lingering demons of the gaming laptop experience in a single blow but through a thousand, well-placed cuts. The ASUS ROG Strix Scar 15 plays things safe. It knows what it wants to be and knows how to be that thing really well.