Is there enough pro features to convince gamers to upgrade from their standard controllers? 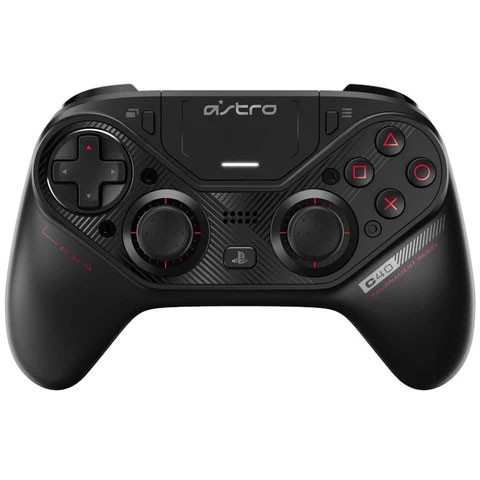 The Astro C40 TR is an impressively designed gaming controller which is immediately familiar and obviously superior to other more basic options. The price will be a hurdle for many, but ultimately we feel the C40 earns its price tag.

I’ll start this review with an admission. I’m not a pro gamer; in fact, using a controller while playing PC games is cause for derision among pro gamers. But it’s my preference and I stand by it.

For this reason, the Astro C40 is a controller which is probably too good for a gamer like me. I think it’s a fantastic device, with loads of well-designed customisation, but it’d fare better in the hands of someone with better skills.

One thing that unites most of the controllers we use is a cheaper plastic build. Even stalwarts like the standard Xbox One and PS4 controllers are fine, but they don’t have a premium-quality feel to them.

The Astro C40 definitely does. The body of the controller is made from a smooth rubberised plastic, and the back has ridges for grip. Out of the box, the controller looks like a hybrid between an Xbox and PS4 controller, with a PlayStation control stick layout, but a more Microsoft shape overall. It has all of the same buttons as you’d find on a PS4 controller, but with two extra paddles that sit under your middle fingers when you hold the Astro.

There’s a switch on the top to toggle between two different personalised configuration options, which you build in the Astro C40 configuration app on your PC. This app gives you full control over button mapping, trigger sensitivity, and audio equalisation for headphones that you plug into the controller.

But of course, the highlight feature is the modular joystick design. The faceplate on the C40 is removable, and the three joysticks can be removed and replaced as needed. The left joystick and the D-Pad can also be swapped around, depending on whether you prefer an Xbox layout over a PS4 layout. You can also swap out the sticks and thumbpads with alternatives for improved comfort. There are 3 stick height options and the choice of convex or concave thumbpads. You can mix and match them depending on what is most comfortable for you.

That you can make these adjustments is fantastic, but it is the care of thoughtful design behind these modular components that really stands out. For starters, Astro includes a compatible screwdriver in the box, so you don’t need to worry about finding one later. The joystick modulars are held in place by magnets and the faceplate, so you aren’t fiddling about with tiny screws each time you want to make a change. These magnets also help you position the stick correctly each time. Everything gently snaps into place.

What we think could be improved with the Astro C40 TR

One of the key aspects of what we earlier described as a ‘premium quality feel’ is the weight of the controller. It has the heft of something that feels expensive. But the downside to this is that you don’t necessarily want a game controller to be heavy. Ultimately lighter is better when describing something you’ll be holding for long stretches of time.

Now, we’re not saying it’s a brick. The C40 weighs 310g, which is actually slightly lighter than the Xbox Elite Wireless Controller Series 2. But it is significantly heavier than the 210g weight of a standard PS4 controller.

There’s also the price to consider, which like the weight, is a more subjective concern than a real drawback. Currently, Aussie stores are selling the C40 TR for just under $400. This is a fair bit more than you’ll pay for the Xbox Elite (at about $250) or a number of other competing products with similar features.

We’d argue that Astro does enough in the design and build to warrant this sort of price, but it will be something that has many gamers thinking twice.

If you have the skills, and money for the bills, then the Astro C40 TR is a great bit of kit to add to your arsenal. Astro has done all of the hard work in designing a complex controller and making it impressively user friendly.