If you're wondering how 2020 has impacted your streaming habits, Netflix Wrapped is here to give you the grisly details. 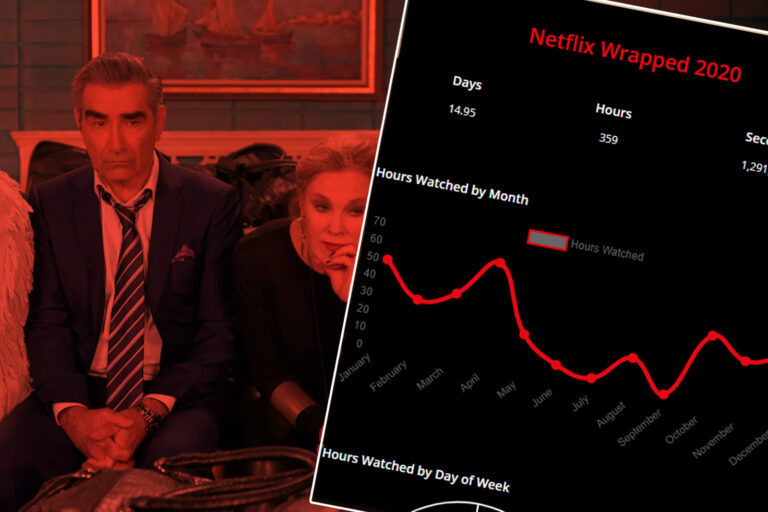 For the last few years, early December has been marked by the flood of everyone’s music streaming trends on Facebook and Twitter. Now an annual event, the Spotify Wrapped feature gives you the low-down on your tastes and trends in music over the year prior. Many wear it as a badge of honour, conveniently sharing their eclectic and evolving musical preferences from the year gone. Others keep their stats close to their chest, lest they publicise the nostalgic emo kick they took went on longer than they thought. Now Montreal developer Heat Supply has taken that same idea and applied it to our Netflix streaming habits with its Chrome plugin, Netflix Wrapped.

Not happy with your Wrapped results? Let us show you what you should be streaming on Netflix.

The Chrome plugin is a small passion project and isn't as decked out as Spotify's version. Still, it does provide you with some potentially devastating stats. You can see how many seconds, hours, and days worth of Netflix you've binged over the year in total.

There's a timeline of your busiest Netflix months and a summary of the weekdays you stream the most Netflix. You can also view your most frequented content rating (e.g., PG, M, MA 15+) and a dense breakdown of your preferred genres.

My busiest month for streaming was, predictably, the beginning of lockdown, but a huge lull followed that over the following months until another spike in October. I find that somewhat reassuring, though it doesn't count for all the other TV I watched on Prime Video, Binge, and Shudder. Another surprising stat was that Thursday was my busiest day for streaming by a wide margin, while Friday and Saturday were my lowest. It's nice to know I didn't completely throw away my weekends during iso.

Like a parent whose Spotify Wrapped is flooded by Wiggles tunes, it seems my password sharing has also muddied the results here. Most notably, the absurd amount of sitcoms I seem to have consumed. I think I know the culprit, but it's also entirely possible that some light, comfort food comedy was precisely what I needed this year. 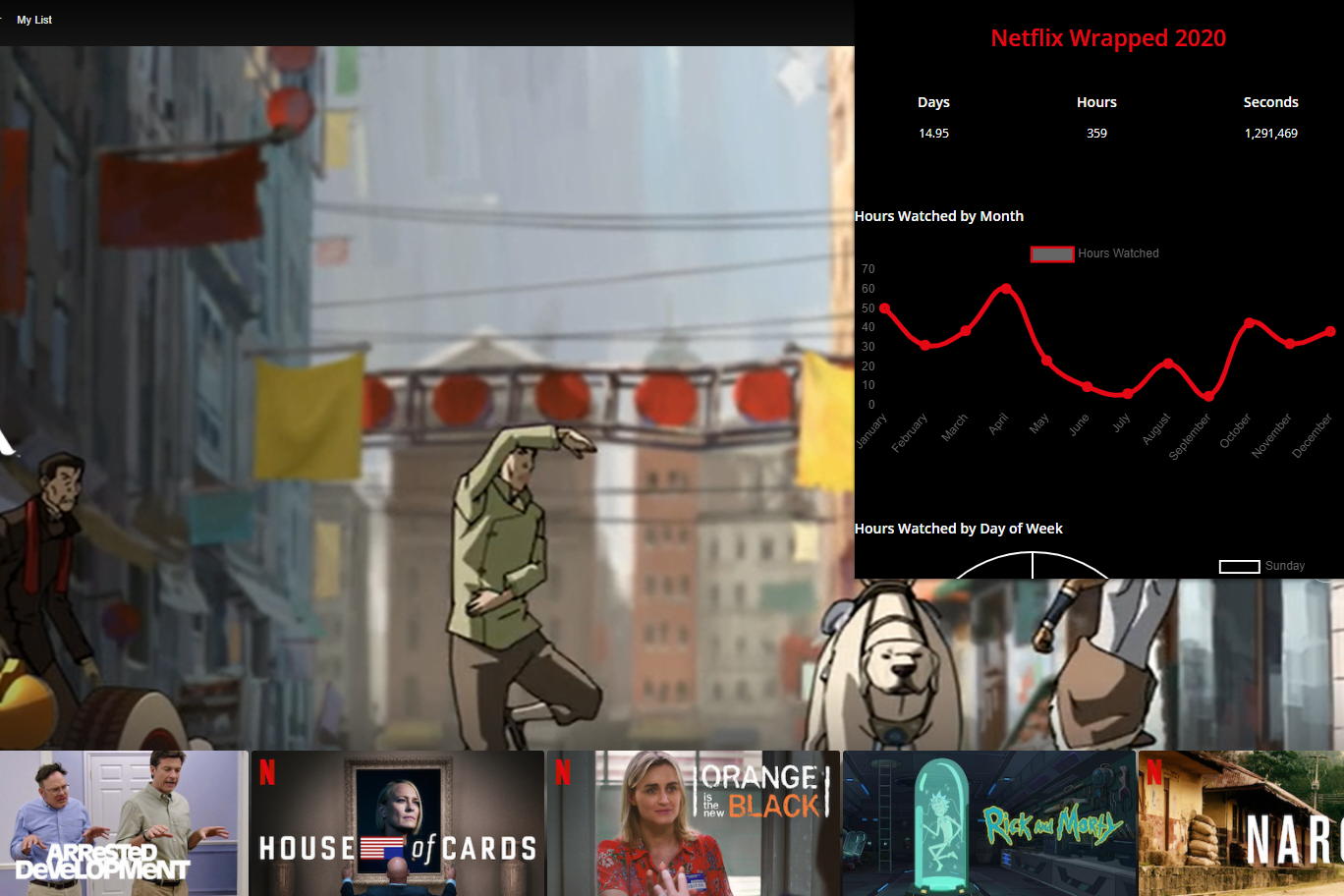 How to use Netflix Wrapped

You can download the Chrome plugin here for free. Once you've added the plugin, log in to Netflix via the same Chrome browser and select the Netflix Wrapped icon in your toolbar. If you see the pop-up, click the 'Start' button and give it a few minutes to work its magic (you need to keep the Netflix window open while it does its thing). Your year-in-review stats will populate in the Netflix Wrapped pop-up window.

Once again, the feature is pretty barebones now, and there are no options for sharing your stats.

If this were any other service, I'd say start the countdown until Netflix rips off the idea for themselves, but Netflix is weirdly cagey about sharing serious streaming metrics that aren't related to their original productions.

It seems the plugin saw a high volume of visitors after it was featured on Product Hunt and is taking a while to load as a result. The creators have suggested giving it five minutes or so to load your results. If that fails, try deleting the plugin and reinstalling it, that did the trick for me.