Netflix plays content matchmaker with new ‘Downloads for You’ feature

Is this Netflix's way of shaming me for re-watching the same shows over and over again?

As if that internal voice nagging you to try new shows instead of re-watching Brooklyn Nine-Nine over and over and over again wasn't enough, Netflix has implemented a new feature that essentially force-feeds you fresh content it thinks you'll like.

Dubbed 'Downloads for You', the new feature drops today on Android (with an iOS update to follow) and allows users to select how much content they want to download (1, 3 or 5GB). From there, Netflix will do all the hard work, downloading shows and movies you haven't seen before while you're connected to WiFi, so the next time you're commuting, on a road trip or otherwise without internet, you'll have something to keep you busy. 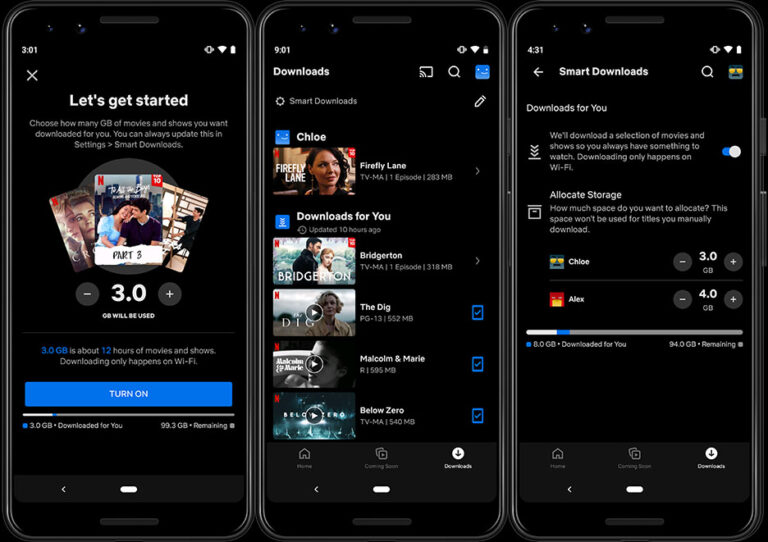 Once you've watched your curated selection of content, you can delete them from your phone or tablet to make room for the next batch of goodies.

According to Netflix, most (but not all) content in its catalogue is available to be downloaded in the 'Downloads for You' feature, however, there are some limitations due to licensing issues.

Today's launch comes off the back of user testing in 2020, and is the newest feature since 'shuffle play', which plays the user a movie or TV show at random, using its recommendation algorithm to find something you may be interested in. It's kind of like an online, download-free version of 'Downloads for You'.