How much data does Disney Plus use?

By Brodie Fogg
Editorial Lead
Read More
3 min read
Share Article
Disney Plus lets you stream Star Wars on the go but don't get cocky, kid. You could find yourself a few Imperial credits in debt if you go over your data.

With the launch of Disney Plus in Australia ($8.99 per month), many Star Wars fans are excited to stream the latest original The Mandalorian on their morning commute in preparation for the inevitable water cooler chat. As it was with Netflix and Stan before it, Disney Plus is a hungry Sarlacc when it comes to data usage and many users will be footing the bill for their fandom.

Our friends at WhistleOut reached out to the service's live chat customer service portal but weren't able to get an answer when they asked for more information about Disney Plus's data usage. Thankfully, there are tools out there to measure exactly how much data an app is burning through, such as the iPhone's in-built data usage monitoring feature.

We've ran an episode of The Mandalorian and one feature film, Lady and the Tramp on the iPhone 11 in the highest quality available on mobile (High Definition) on the Optus 4G network to check how much data each used and found the following results. 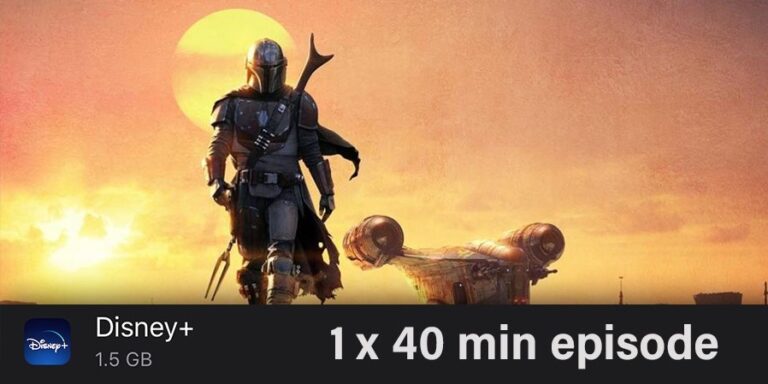 That’s purely an estimate based on what we know and should be taken with a grain of salt. We’ve also only tested on the one iPhone so far, so your experience could differ across devices. 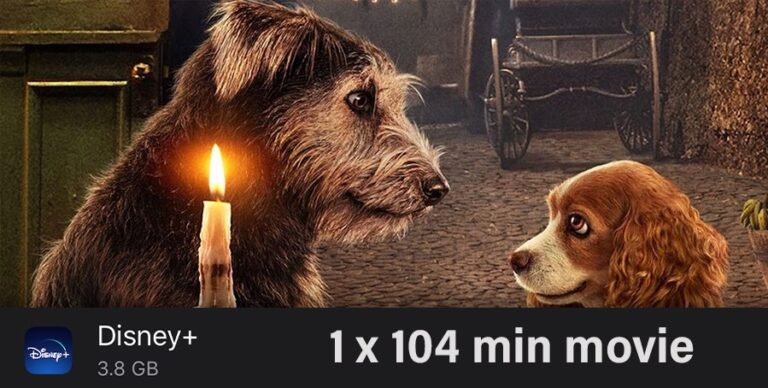 How to minimise Disney Plus data usage

Thankfully, Disney Plus has a few in-built features that help you minimise Disney Plus data usage and on top of that, there are some simple, everyday tips to save on data usage to keep in mind when streaming entire seasons of The Simpsons on the bus.

Stream Disney Plus on Wi-Fi

This one might seem obvious, but if you're streaming on your smartphone or tablet at home, work or school, it can be easy to forget to connect to the WiFi and take advantage of those higher (or unlimited) data allowances.

It's also worth noting that, while 4G is perfectly capable of streaming Disney Plus, your home or work broadband connection might be faster and more reliable than your mobile internet connection. If you plan on streaming the entire Star Wars series in 4K/HDR, Disney Plus recommends a minimum 25Mbps broadband speed for the best quality 4K stream. So if you're currently working with anything lower, you might want to consider hopping on to an NBN 50 or NBN 100 plan for the best results.

Here are some of the most popular NBN 50 plans in Australia this month.

Another thing to consider when you're connected to WiFi: Disney Plus allows you to download titles offline viewing. That means the TV shows and movies are actually stored on your device's internal memory so when you want to stream on the go, you won't actually use any data at all.

We've put together a full step-by-step guide for downloading Disney Plus content. It's hands-down the safest way to stream if you or someone in your family is on a prepaid or postpaid plan with a low data allowance.

You can also lower the quality of your offline viewing download to Standard or Medium if you want to minimise the amount of data and storage used for your downloads. 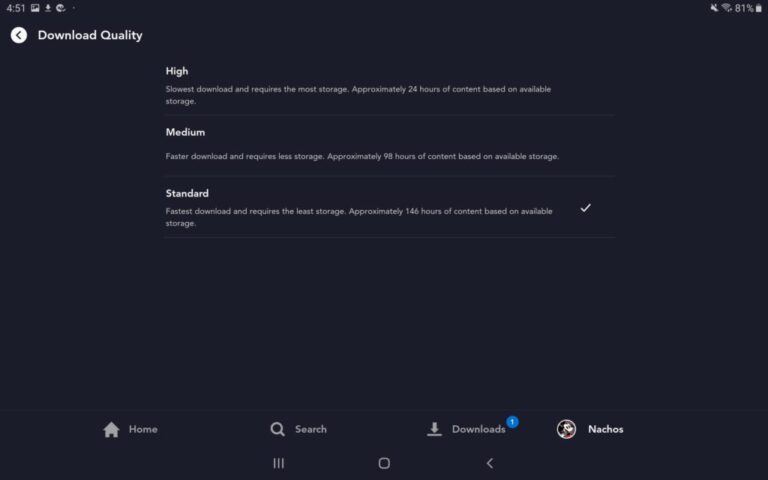 That said, if you're really struggling to get by on a data pittance, it's probably time to look at upgrading your plan anyway. Most month-to-month SIM plans and prepaid plans have a healthy amount of data these days and you could already be paying more for less.

Here's a small handful of the most popular SIM only plans this month. You can find our picks for the best prepaid plans in our monthly round-up.

The Disney Plus app also has a handy "data saver" feature that you can find on the Account page in the mobile app. This limits the quality of the stream and uses less data as a result.

As mentioned above, our data saver test-run of The Mandalorian's first episode used 1GB for 40 minutes of streaming. That equates to roughly 1.5GB per hour. It's a decent drop in usage but that could still do some damage if you're capped at 10GB per month. And if you go over, that excess data usage fee could quickly cost you $30 in fees (based on the standard $10 per GB) for 2 hours excess.