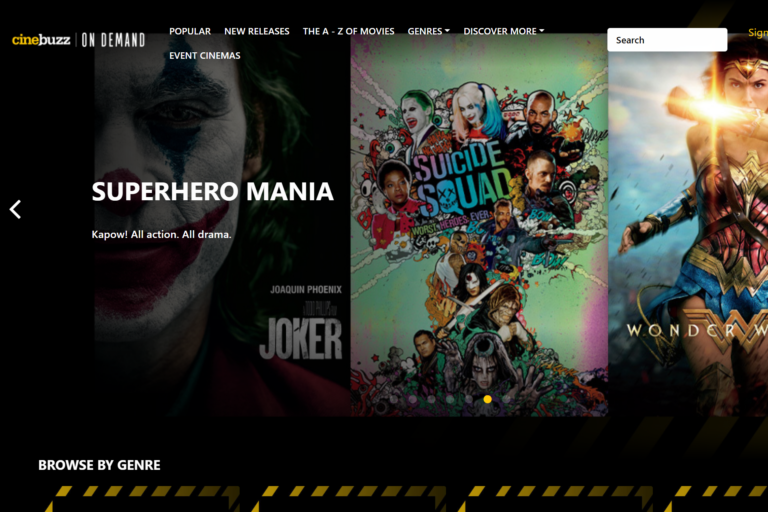 The Virus That Must Not Be Named caused almost every industry to rethink the way they delivered their products and services. Restaurants turned to delivery, musicians turned to Zoom and pretty much every office worker turned their dining table into a desk. Event Cinemas, like every other cinema chain and independent theatre across the country (and the world), was not immune to 2020's schemes, so today's announcement of the new Cinebuzz On Demand streaming platform doesn't come as the biggest shock.

The service, which is already live, runs in a similar vein to Apple iTunes, Google Play and YouTube rentals, offering a range of classic and new release films for rent from $4.99 per title, unlike Netflix, Stan and Disney Plus which work on a subscription-based system. However, there's an added dimension to Cinebuzz On Demand, and it's in the name: Cinebuzz. The platform is only available to Cinebuzz members (don't fret - it's free to join) with the premise being that each movie you rent translates into rewards for the next time you actually get to the theatre. For example, throughout the month of February, each movie rental on Cinebuzz On Demand translates to a free small popcorn on your next cinema visit.

Your Cinebuzz membership also feeds into the service's recommendation algorithm, meaning the titles suggested to you will be based on the kinds of movies you've seen at the cinema over the years (provided you used your Cinebuzz card).

Available titles include fresh-from-the-box-office hits (and even those still available at the box office) like Wonder Woman 1984 and Tenet, plus critically acclaimed favourites including Joker and Parasite. Keen to give it a go? Check out what's on offer here.