For what it's worth, to binge The X-Files in a week, you'll have to watch 31 eps a day.

Back in the day, I was an entertainment reporter of sorts. As such, I had the pleasure of interviewing some pretty cool people, including a certain actor from everyone's nan's favourite show, Downton Abbey, about the final season. I had never watched the series before, but with one week before the interview, I got cramming. And, because I don't do anything by halves, I was determined to watch all six seasons in preparation. And, because I'm a gigantic nerd, I calculated how many episodes per day I would need to watch in order to be caught up.

Anyway, the point is that now, for excessively organised people such as myself, there's a website to do exactly that - just so you don't have to.

Can I Binge? is a Webby Award-nominated website designed by Brian Yung in the midst of quarantine. All you have to do is enter the name of the show you want to binge, how long you have until that next season (or actor interview ?) arrives, and it draws data from The Movie Database (TMDb) to tell you exactly how many episodes you'll need to watch per day, week, month or even year. 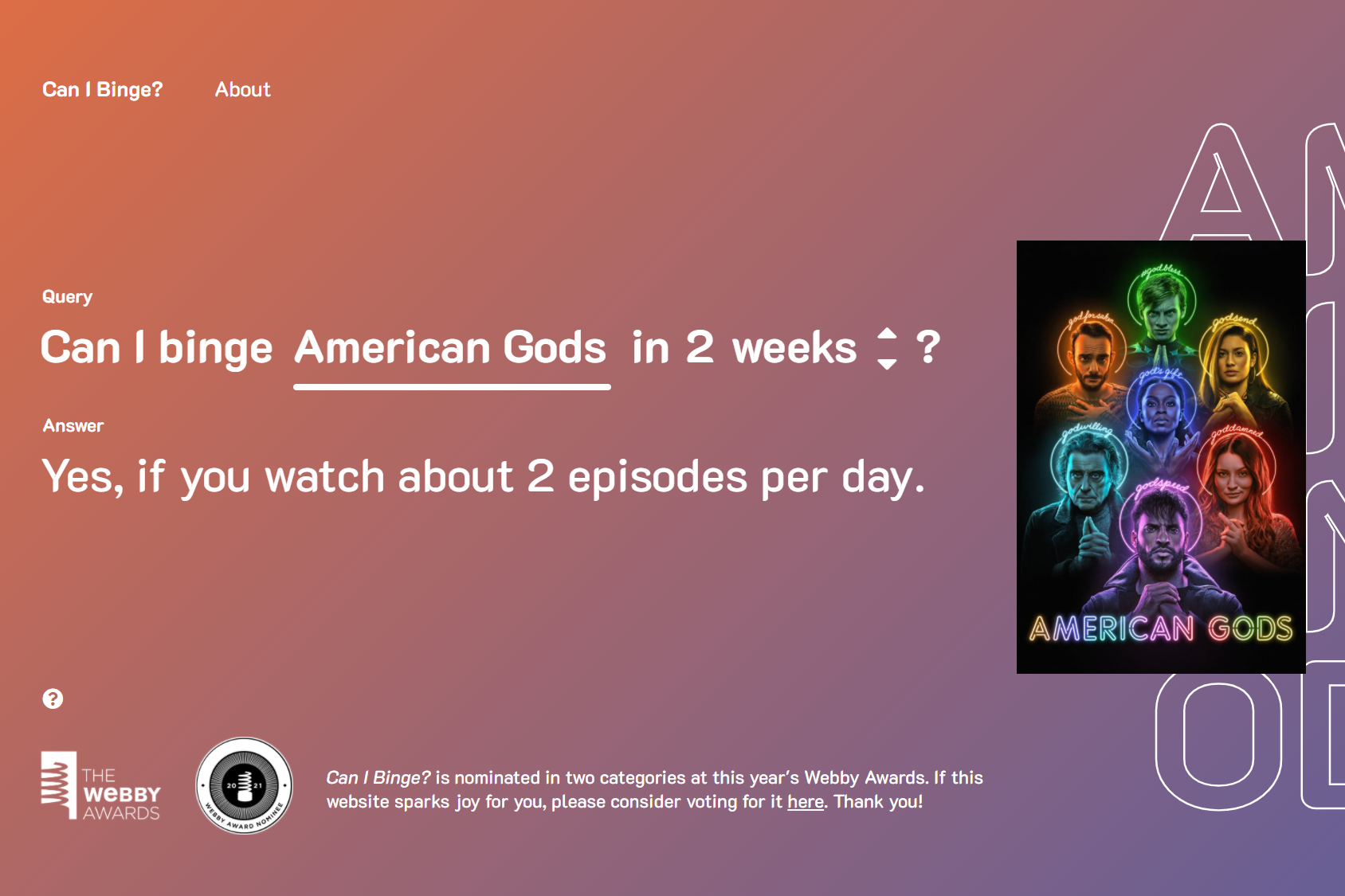 Oh, and for what it's worth, to binge all of Downton Abbey in a single week, you'll need to watch 7 eps a day.