The music streamer’s first stab at consumer hardware has officially gone on sale.

Spotify’s first accessory has officially gone on sale in the United States, following a trial run in 2021.

Priced at US$89.99 and available to buy directly through Spotify, the aptly-named Car Thing is a dashboard-mounted accessory that allows you to control in-car audio (streamed via Spotify) using either the 4-inch touchscreen tablet interface, physical buttons, a nifty dial or hands-free voice-controls. 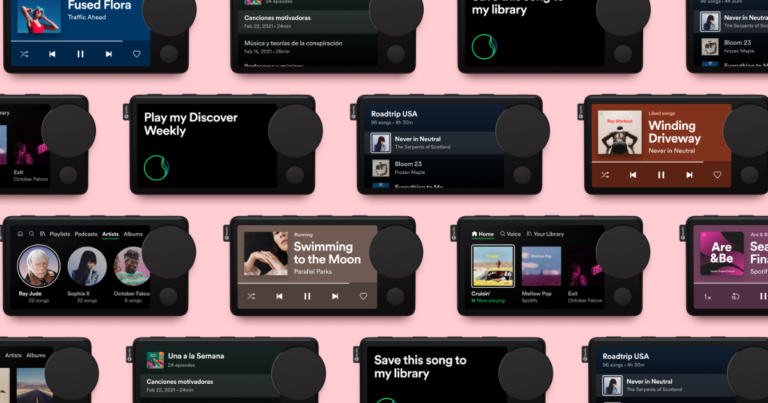 It's worth noting that Spotify’s initial price point for the Car Thing represents a $10 increase in the pricing it offered to consumers who participated in the testing period last year.

As with that testing period, one of the big catches here is that the Car Thing is only designed to work with Spotify. What's more, those looking to make use of it will need to have an active Spotify Premium subscription in order to do so for as long as they wish to do so.

Another thing to keep in mind here is that the Car Thing itself doesn’t boast any built-in speakers or mobile connectivity. Playback is entirely reliant on your car’s existing audio setup and a Bluetooth or wired connection to your phone.

Unfortunately for Aussies, the local availability of Spotify’s Car Thing is to be determined. For now (and unless you get creative about parcel forwarding), the auto accessory remains exclusive to the United States.

Still, given Spotify's global outlook and brand recognition, it's hard to imagine this remaining the case for too long. In a blog post announcing the launch of the Car Thing, the music streamer expressed enthusiasm about expanding the availability of the product.

“Previously, Car Thing was only available to select eligible users in the U.S. who had joined the waitlist. Now, we’re excited to make the device generally available in the U.S. and bring it to even more users,” Spotify said.

The blog post also cites early feedback from users as a driver of new features that’ll come to the Car Thing later down the line. These improvements include a dedicated Night Mode setting that'll automatically dim the screen brightness during the evening hours and an Add to Queue voice command.