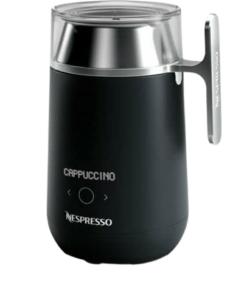 The Nespresso Barista Milk Frother is as decadent as it is desirable. Even if it is borderline exorbinantly expensive, the practical conveniences here chip away at the friction that typically comes hand-in-hand with home espresso.

These days, it's not hard to find an all-in-one home espresso solution that includes a milk frother, a bean grinder and everything else you need to make good coffee at home. That said, the argument for adopting a more piecemeal approach isn't difficult to make.

If you're already this far down the rabbit-hole, why not invest in quality equipment for each step of the coffee brewing process? After all, what's the point in buying the best coffee machine if you're limiting yourself to relying on a built-in milk frother rather than something more bespoke?

The Nespresso Barista Milk Frother is the natural conclusion to this line of thinking. It's marries together an almost-excessive convenience with smart features and a taxing price-tag. For more mundane coffee drinkers, it might be a little much. For everyone else, that's definitely part of the appeal. 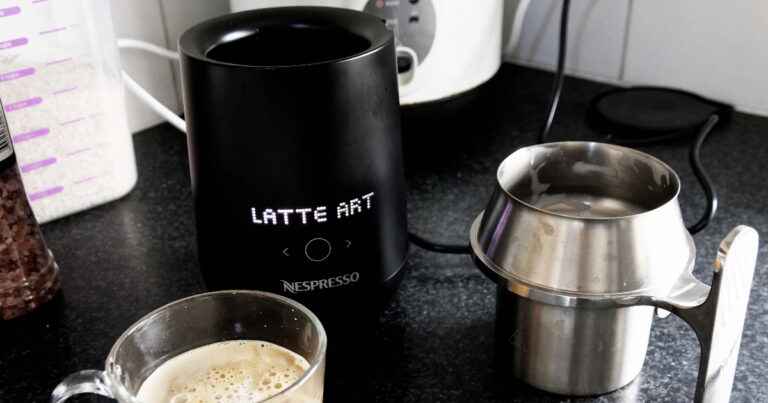 How much does Nespresso Barista Milk Frother cost in Australia?

Milk frothing at its most excessive

The Nespresso Barista Milk Frother typically retails for $249.99 in Australia. That lofty price makes it significantly more expensive than most other cheap or mid-range milk frothers, which can be found for around $80 or as much as $150 respectively depending on the brand and supplier. The closest match in terms of features that I can find is this one from AEVO, but even that’s almost $100 cheaper.

How does the Nespresso Barista Milk Frother compare?

The iPhone of Milk Frothers 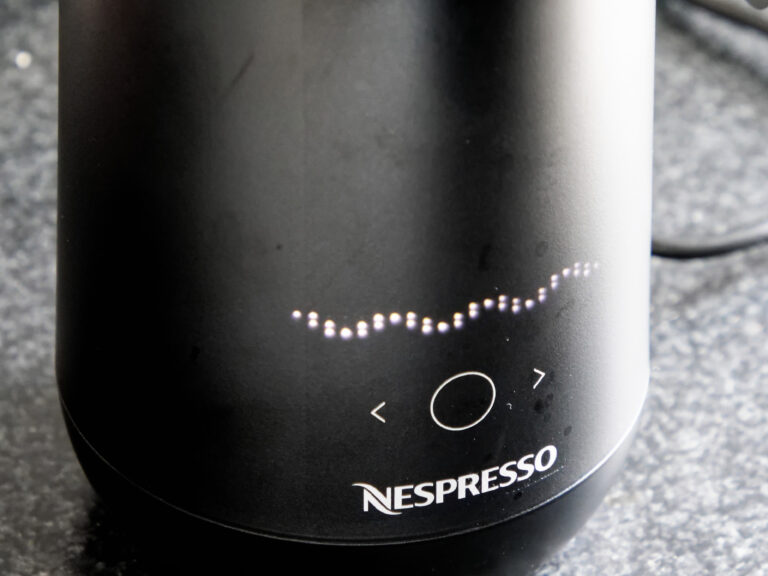 Where most milk frothers tend to lean towards taking up as few inches as possible, the Nespresso Barista Milk Frother doesn’t shy away from taking up more. It’s too sleek and curved to be called chunky, but it’s still sizable enough that it'll be a presence on any kitchen bench.

The machine comes pre-assembled, but it’s easy enough to take apart that cleaning was never an issue. The unit itself is the sum total of four components: a plastic base, a metallic milk jug, a detachable whisk and a transparent lid. These elements are combined in a way that’s elegant and cohesive, with nary a seam in sight.

The base of the Nespresso Barista Milk Frother contains a trio of touch-sensitive buttons that are used to toggle between the machine’s various pre-programmed recipes. Although these controls are susceptible to the foibles and general finickiness that often applies with touch-sensitive buttons, there’s a definite thrill to being able to pick and choose the right level of frothiness to complement whatever drink you happen to be preparing.

Intuitiveness is the name of the game here. The Nespresso Barista Milk Frother is incredibly straightforward to use right out of the box, and the breadth of brewing options give it a flexibility and specificity that other milk frothers lack. Regardless of whether you’re using it with Nespresso’s own coffee machines or another brand of hardware, these qualities make it a solid companion piece in either case.

The only other dot point to note here is that the accessory can be integrated with the Nespresso app to unlock additional. This is done via a Bluetooth connection, and allows you to add and remove different frothing recipes from the machine.

For the most part, this is a really cool feature. That said, the general clumsiness involved with actually making use of it via the app, which often felt slow and unresponsive, plus the fact that you can only have thirteen recipes loaded onto the device at a single time inevitably cut into part of the appeal. 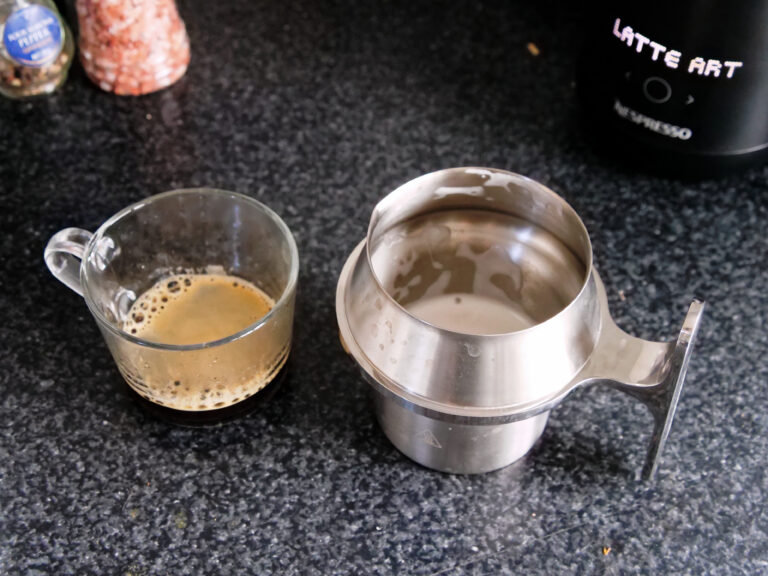 It might be one of the most expensive consumer-grade coffee making accessories out there, but the Nespresso Barista Milk Frother gets the job done. In action, the induction-based hardware here delivered incredibly consistent results.

Boot-up time was never more than a few seconds and most settings produced the desired results with a turnaround time of less than 60 seconds. While traditional milk yielded the frothiest outputs, I wouldn’t say that the machine handled things like almond milk any worse. Once I got used to relying on the Nespresso Barista Milk Frother as part of my coffee-making routine, I found it really hard to shake the habit.

Perhaps most importantly, the Nespresso Barista Milk Frother was also extremely quiet in action. Some recipes are louder than others, but when the baseline loudness associated with milk frothers and steam wands is what it is, the sonic burden associated with this particular one comes across as particularly sanded down. It’s not quite relaxing to listen to, but it’s significantly easier to tune out than almost any of the alternatives.

The way that the hardware here hooks into the Nespresso ecosystem makes the Nespresso Barista Milk Frother an even better purchase for those who already have (or are looking to pick up) something like the Nespresso Vertuo Next, since the recipe on the app are easily applicable to the various coffee pods that available for that style of coffee machine.

Is the Nespresso Barista Milk Frother worth buying? 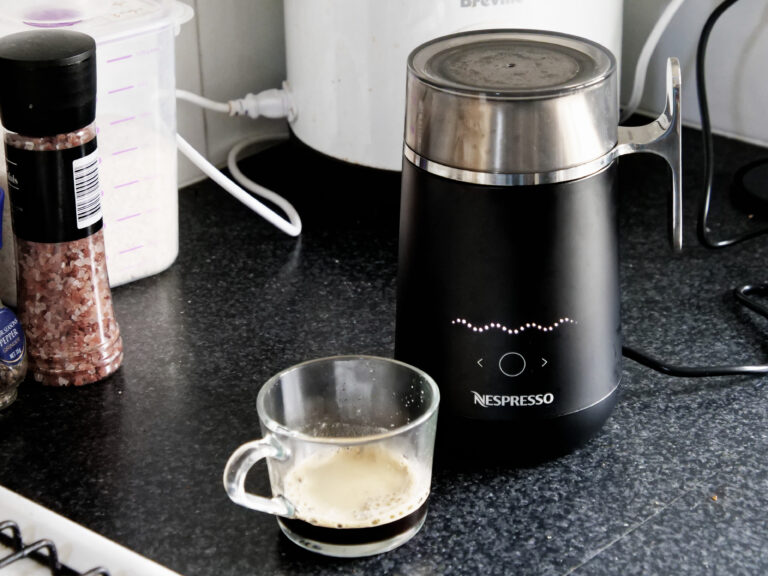 Even as someone who drinks a ludicrous amount of coffee, $249 is a significantly difficult sum to spend on a milk frother like this one. However, if you can afford it, you’re unlikely to be disappointed by the results that the Nespresso Barista Milk Frother is able to achieve on a daily basis.

The Nespresso Barista Milk Frother is an extremely extra coffee-making accessory that’s far from necessary. However, the toll exacted by the price-tag here becomes easier to bear every time you turn it on and whisk up whatever you need from it. It's decadent, but it always delivers.