MIL-STD 810G explained: Just how tough is your tech?

Military-grade durability is a black box to consumers.

Nobody plans to drop their laptop or smartphone, but it happens all the same.

When that moment arrives, it’s almost instinctive to fear the worst. And in the seconds after an unexpected impact, the only thing you can do is hope and trust that the manufacturer has built your device to survive a hit or two.

Unlike battery life or performance, laptop durability can be hard to quantify or put into numbers. Even if the chassis of a brand-new ASUS Zenbook feels solid to the touch, you’re never going to know how much protection the outside of the machine offers to the all-important internal parts until the rubber hits the road.

That’s where MIL-STD 810G comes in. If you’ve gone looking for a new laptop in the past few years, you might have come across this particular jumble of letters and numbers before. However, unless you’ve taken a closer look into the standard, it’s not super clear what degree of durability MIL-STD 810G embodies, nor whether it can be trusted.

MIL-STD 810G might provide a simple way to tell how tough your tech is, the truth is a little more complicated. 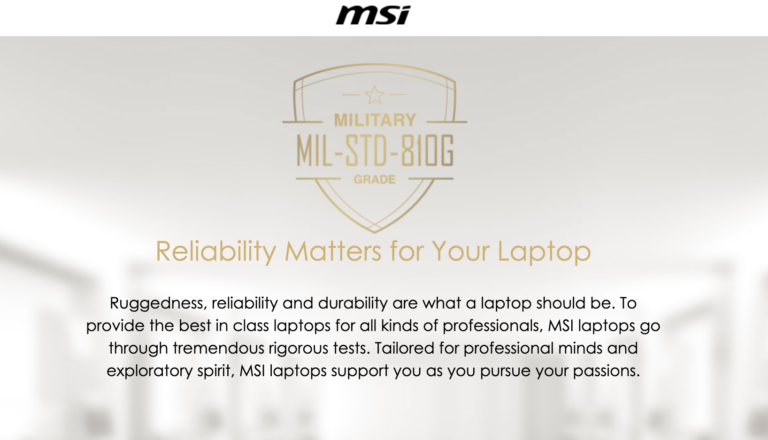 MIL-STD 810G is a standard developed and popularised by the United States Military to gauge the overall durability of the equipment it relies on. The idea here is that military personnel can’t afford the fragility of normal consumer-grade electronics breaking in the conditions in which it tends to operate, so they need to know that any potential gear is fit for purpose ahead of time.

MIL-STD 810G-compliant products go through a gauntlet of 28 different durability tests. These assessments measure everything from resistance to shock and heat damage through to humidity and other extreme conditions.

Despite these origins, MIL-STD 810G has quickly disseminated into the wider world of consumer electronics. Unsurprisingly, manufacturers are keen to capitalise on the confidence that the idea of tech having military-grade protection tends to evoke.

At a glance, MIL-STD 810G is a useful tool for consumers looking for an indication or evidence that durability is something that the manufacturer of a given laptop or smartphone has considered. What’s more, the fact that this particular standard has been somewhat widely adopted makes it straightforward to compare and contrast products that boast the certification against those that do not.

However, below the surface, the actual utility of MIL-STD 810G as a standard is disputable. Two otherwise identical laptops could both be rated MIL-STD 810G when it comes to ruggedness, but have reached that certification via very different means.

Not every manufacturer tests for MIL-STD 810G compliance in the same way. This is inherently and obviously problematic for consumers.

As opposed to something like an IP rating, there's no independent third-party or standards body that's responsible for MIL-STD 810G compliance. There’s nobody in charge of policing bad actors for misusing or misrepresenting or even just ensuring basic compliance with it.

While some manufacturers might bring in a reputable third-party contractor to handle their MIL-STD 810 compliance testing, there’s no discernible difference to a consumer between a laptop that’s gone through that and one that’s been tested entirely in-house.

In addition, the MIL-STD 810G testing process itself can be gamed.

The certification might speak to the ability of a product to survive each test involved with MIL-STD 810G, but it doesn’t limit how many attempts a product has to survive the test. The requirements also don’t specify whether the same sample needs to survive all entire 28 tests or whether a manufacturer can swap in a fresh model every step of the way. Some manufacturers don't even do the full 28 tests!

How any given product found its way to having a MIL-STD 810G standard is a complete black box for consumers. That lack of transparency means that a product that’s undergone the best-case scenario for testing is indistinguishable to consumers from one that has gone through the worst.

Should you trust MIL-STD 810G?

It’s easy to see how manufacturers have ended up adopting MIL-STD 810G as a way of selling products on the pedigree that the standard implies. However, with the limitations and caveats of MIL-STD 810G in mind, it’s difficult to recommend it as anything other than a starting place for laptop durability.

The absence of a third-party regulator or transparency around MIL-STD 810G testing means that you have no real idea how much better the durability of a graded product is than the alternative.

In some ways, durability promises that are a little less standardised inspire a lot more confidence.

When Samsung comes out and says that its latest foldable smartphone is good for 250,000 folds, it's all but daring consumers to put that to test. With MIL-STD 810G, companies don't have to put anything on the line. Any problems that come up are borne from the limits and shortcomings of the standard and testing process, rather than the manufacturer.

MIL-STD 810G might be the most common durability standard out there, but common sense suggests that you shouldn't put too much stock in it. 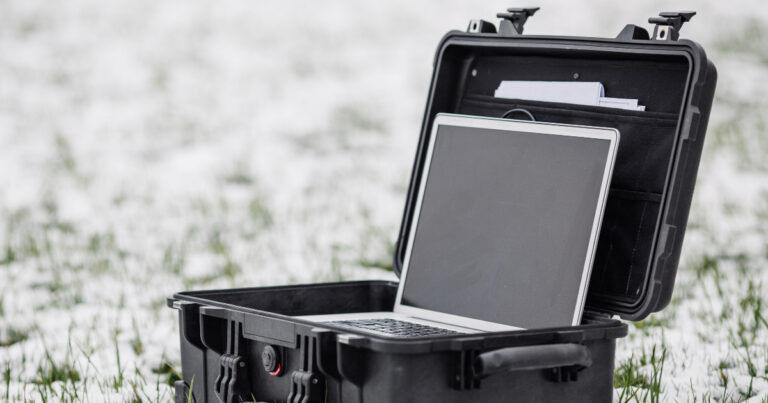