Samsung Galaxy A70 Review: Madness in the Mid-range 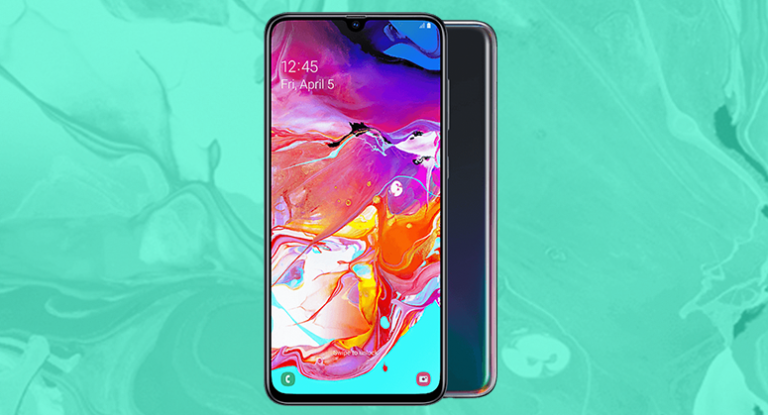 The messy mid-tier market passes by largely unnoticed by the everyday consumer. Most punters simply won't settle for anything less than the latest Apple or Samsung, regardless if they are a suitable pick or not. There are a few reasons for that. Flagship phones are reliable. If there's a problem with them, the whole world will hear about it.

Then there's the mystery of mid-tier; hundreds of different SKUs, each a slight variation on the next. Phone manufacturers don't like to discuss what features a mid-tier phone doesn'thave, only what it does. So there's the added legwork of figuring out exactly what it is you're missing out on just to save a bit of cash.

That's the case, most of the time. It's notthe case with the Samsung Galaxy A70.

The Samsung Galaxy A70 serves a very obvious audience, big phone fans, and only omits features most can do without; resulting in a huge affordable handset that, in many ways, is one of the best options on the market for Samsung fans.

What the Samsung Galaxy A70 gets right

If you live by the “bigger is better” mantra, there’s no passing on the Galaxy A70’s large 6.7-inch AMOLED display. When it comes to screen real estate, nothing in Samsung’s current flagship lineup tops the Galaxy A70. The Galaxy S10 sports a 6.1-inch display and the S10+ is a little larger at 6.4 inches. Even Samsung’s notably large Note 10 will have a smaller display than the A70 when it launches, measuring at 6.3 inches. The Note 10+ will take the throne for display size when it launches with its 6.8-inch display but it will also come at over double the price of the A70.

For most punters, the Samsung Galaxy A70’s triple-camera array gets the job done. On the rear, it’s sporting a 32MP main camera for everyday photography, a 5MP depth sensor for snapping those fancy live portrait/portrait mode shots you see with most primo phones, and an 8MP ultra-wide lens that lets you take photos with a juicy 123-degree angle field-of-view. It’s a top-notch camera that’s going to suffice for most casual photographers. 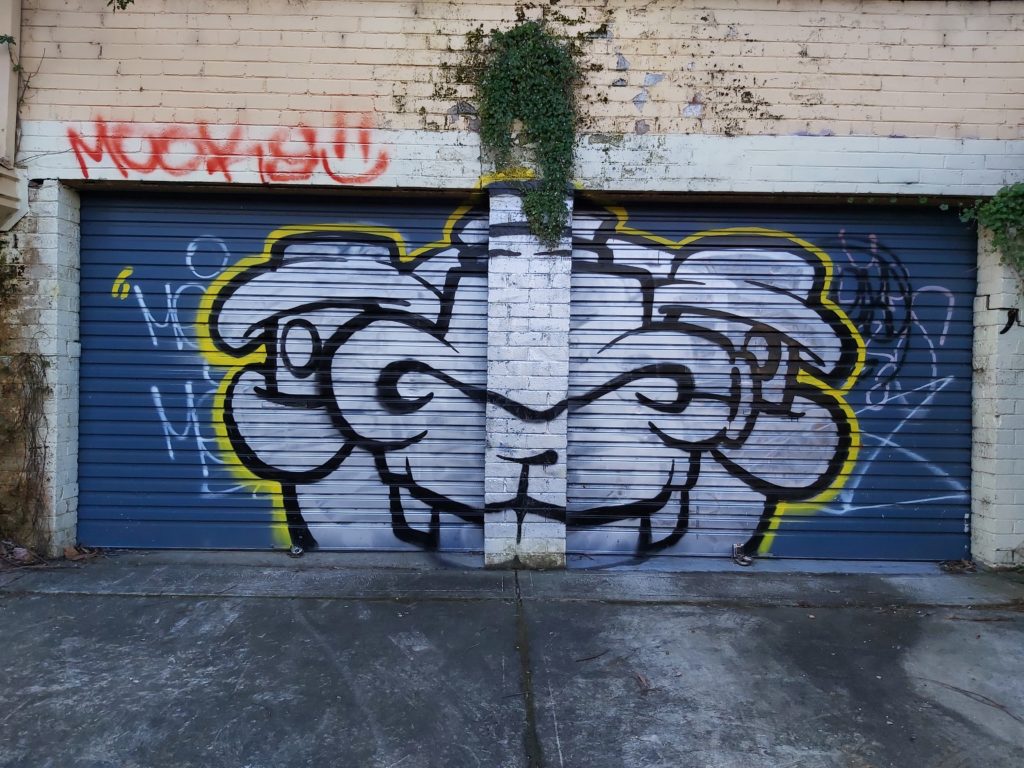 How the Galaxy A70 could be better

One of the most immediately obvious issues I found when I began using the Galaxy A70 was its subpar biometric security. The S10 range introduced new fingerprint scanning technology that moved the sensor from the rear of the phone to the front by placing it underneath the display. It’s impressive, almost flawless, tech on Samsung’s premium line.

Unfortunately, the same can’t be said for the Galaxy A70’s biometric security features.

Firstly, it’s slower to register than other implementations of the tech. The Galaxy A70 can take up to three seconds to register your fingerprint with the in-screen scanner. In my experience, the Samsung Galaxy S10 registers instantly. Three seconds might not seem like a long time but if I can type my pin faster than the biometrics can confirm my identity, it’s not doing the best job of it. I’ve noticed slow response times with the phone’s facial recognition too.

Under the warm overhead lights in my office (where I initially set the phone’s biometrics up), I have no issue getting the biometrics to register and even managed to get the facial recognition to work in seriously low light conditions. But as soon as I step outside and into natural sunlight, the in-screen fingerprint scanner gets confused.

The in-screen fingerprint technology works by illuminating your thumb with a bright green light which reflects a high-res scan of your print into the sensor buried beneath the display. The fact that the sensor relies on light reflection could be, at least partly responsible, for the instability under natural lighting. Three times now, the Galaxy A70 has put biometrics into lockdown when I’ve been using it outside on a lunchtime run to Guzman’s.

The slow biometrics might also be a result of the A70’s mid-tier processing power, which also makes processing high-quality photos slower on the A70.

The Samsung Galaxy A70's generous price tag might be the most appealing thing about it.  The Samsung Galaxy A70 costs $649 outright in Australia. It can be purchased via Samsung's online store or on Amazon. Either option offers free delivery but you can pay a little extra on Amazon to get same-day shipping.

Let’s talk a little more about the Galaxy A70’s big, bright display. It is, after all, the most appealing thing about the A70. We’ve already discussed the size of the display up top; a healthy 6.7-inch display that’s larger than anything in Samsung’s premium S10 range. But it’s important to note what you miss out on with the Galaxy A70’s display.

Despite the larger display, Samsung packs in fewer pixels-per-inch on the A70’s display when compared to the S10 and the S10+. The S10’s 1440 x 3040 display crams in roughly 550 pixels-per-inch (PPI) whereas Samsung estimates the A70’s PPI at around 393. This means the A70’s display isn’t quite as crisp as the S10’s and the lack of HDR10+ means you don’t get the same deep blacks and rich colour contrasts as you do in the S10 range.

With that said, the Super AMOLED screen on the A70 is still a sight to behold and if you’re upgrading from an older Samsung model, you’ll be blown away by the quality on display.

The latest and greatest smartphones are on a mission to eliminate bezels almost entirely. Side-by-side with the S10 range, the A70’s bezel is a little noticeable. That’s only worth mentioning if you put any stock into that sort of thing; which I personally don’t.  I don’t miss the thick bezels of yesteryear but I think we’ve done about all that’s necessary on that front. 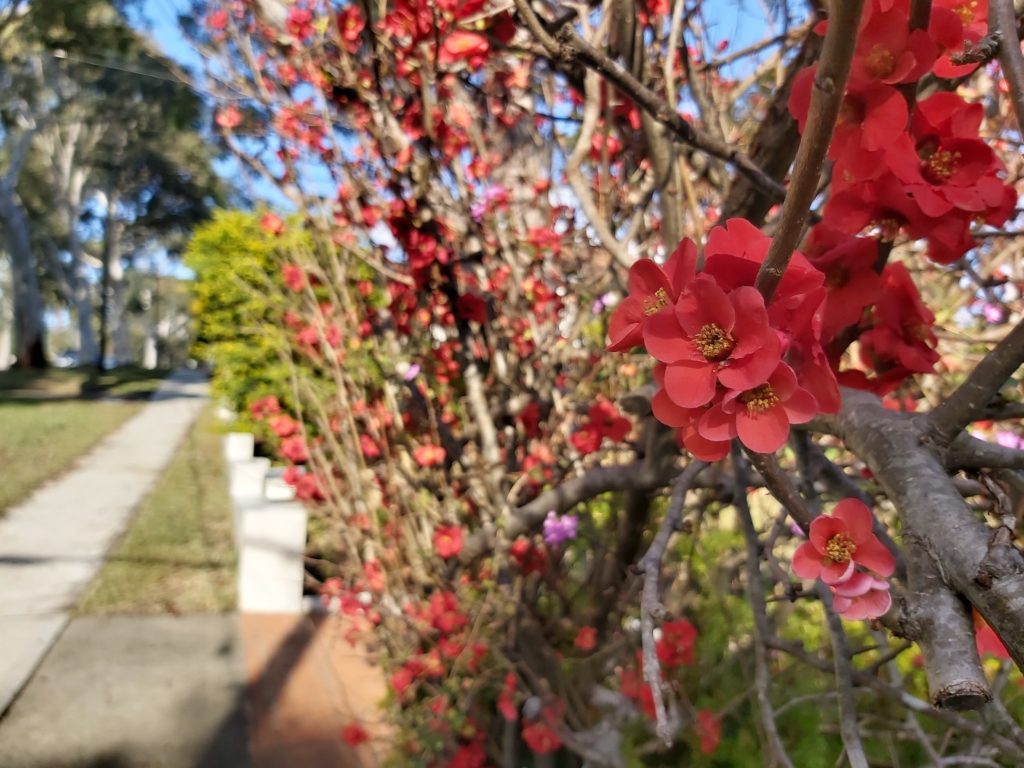 The Samsung Galaxy A70’s quality camera is going to be more than enough more most punters. The three rear lenses allow casual photographers to experiment with a variety of shooting modes on a budget but the hardware and camera app features that are missing could be a dealbreaker for more experienced photographers.

While “triple-camera array” sounds impressive (and in many ways is) there are certain features you just don’t get with the Galaxy A70. Every handset from the S10 range has a dual-aperture camera as its main shooter. The benefit of having two apertures is that you can have one that’s ideal for daylight shots (f2.4) and one for better for low-light shots (f1.5). The S10 also supports Dual Pixel PDAF; phone camera tech that gives you ultra-fast autofocus in low-light conditions.

The Galaxy A70 doesn’t have a Dual Aperture camera or Dual Pixel PDAF and as a result, doesn’t offer a Night Mode shooting option. Even the most casual phone photographers can appreciate a good night mode so it’s a significant omission. Less significant when you consider how much money you would save opting for the A70 over an S10.

The Galaxy A70’s main camera shoots in 12MP for fast photography by default. It can be switched to 32MP by swapping the 3:4 to 3:4H but I found the higher resolution mostly unnecessary and the photos a little slow to process.

The Galaxy A70’s middling camera tech translates to a lighter camera app with fewer Pro features than the flagship range. Again, this could be a dealbreaker for the pros out there but for a hack like me who can only make things worse with more advanced options; the tighter, more user-friendly camera app was genuinely a breath of fresh air.

I also had a lot of fun experimenting with ultra-wide shots. Even to my amateur eyes, the fisheye distortion in some of the ultra-wide photos was a little distracting but I was blown away to discover just how much scenery the 8MP ultra-wide lens could fit on the screen. 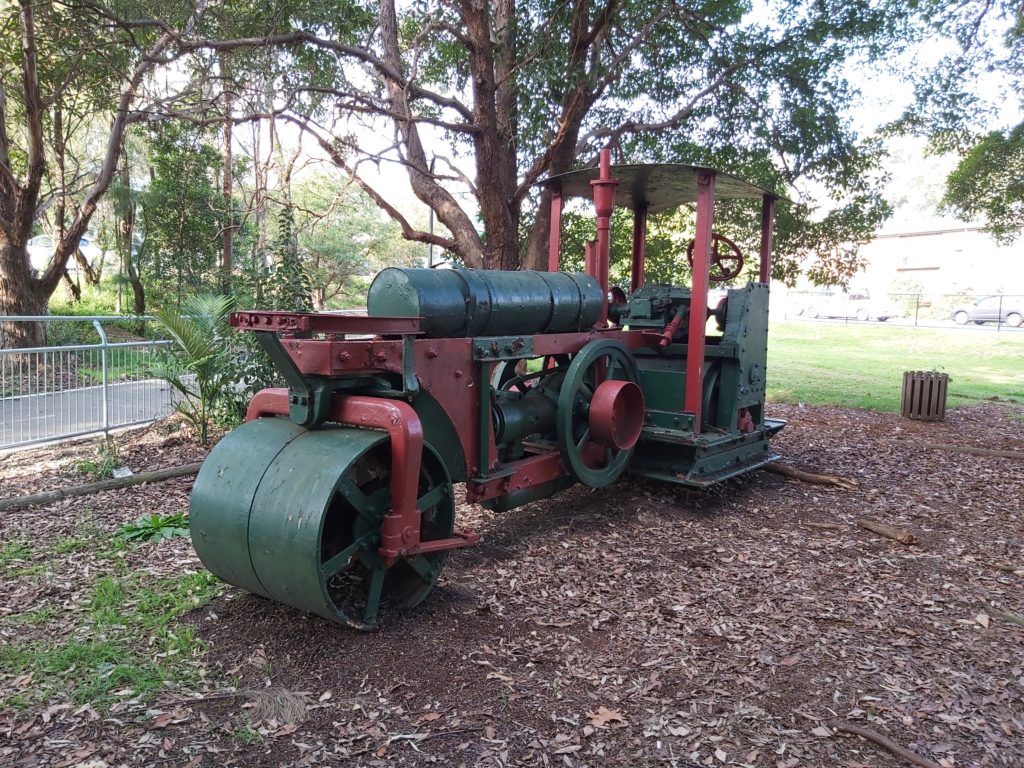 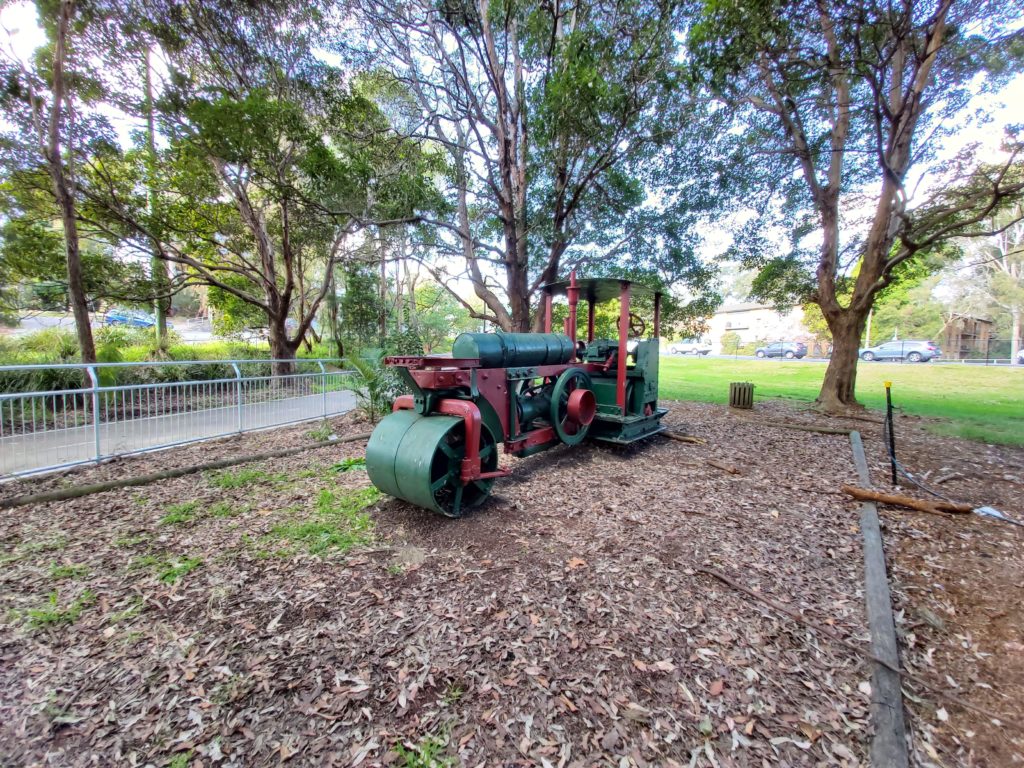 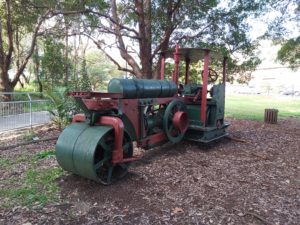 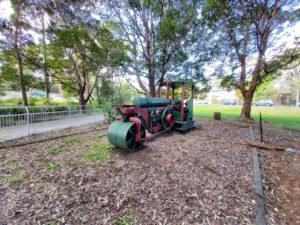 Samsung Galaxy A70 Performance: Handles most tasks with ease

It'll come as no surprise to most that the Galaxy A70 doesn't have quite the same processing power as the S10 range. That's to be expected in a midrange handset and a big part of why you pay extra for more powerful premium handsets. In Australia, the Samsung Galaxy S10 range uses the Exynos 9820 chipset (equivalent to the Snapdragon 855 found in US models). The A70’s Snapdragon 675 is very much a mid-range processor (also found in the Moto Z4 and OnePlus 7).

Most users won’t notice the difference. Standard operation is buttery smooth and its snappy when it comes to opening apps and switching screens. It also shows no signs of struggle when it comes to playing graphically-intense games on the Play Store like the new Call of Duty: Mobile, PUBG and the particularly heavy Real Racing 3.

Where it is noticeable is during advanced camera functions. Photos that are taken in 32MP, for example, can take a spell to process and the slow-to-register biometric scanning no doubt has something to do with the middling chipset too. Again, these are issues that will go unnoticed by most and they're certainly not significant enough to pass on the A70.

As always, a bigger display requires a bigger battery to power it. Typically, this balancing act between battery size, processing performance and display-related power consumption works out to be roughly as efficient as a smaller phone with a smaller battery. But I’ve been pleasantly surprised by the resilience of the A70’s 4,100mAh battery. In my first week of usage, I managed to get almost two full days of a single charge. It didn’t last quite as long on the days I was hammering the camera app or burning rubber in Real Racing 3 but even on those days, I still went to bed with around 20 to 30% charge remaining. Decent.

One drawback for the A70’s battery is that it can’t be charged wirelessly, which is only an issue if you’re already forked out for a wireless charger. Otherwise, the packaged fast-charger is just as exceptional as what you would find in the S10 range.