Circles.Life deal gets you 50GB for $25/mth FOREVER

The latest discount from Australia’s biggest data dealer will last you the life of the plan.

For some years now, the trend for Australian telcos has been to slash the monthly price of mobile plans for the first six months then upping the cost after the introductory period. Which is all well and good if you’re regularly reviewing your plan and switching providers but it’s a lot less appealing for people who just like to pick a provider and stick with it. In a refreshing twist, Circles.Life has slashed the price on its 50GB data plan to $25 per month for the life of the plan. That means anyone who signs up to the Optus MVNO before 7:00pm on the 24th of May will save $10 every month for as long as they are signed up to Circles.Life’s 50GB plan. To score the deal, new customers just need to enter the code CIRCLESFRENZY50 at the checkout (though in our experience, the promo code automatically populates at the checkout anyway). 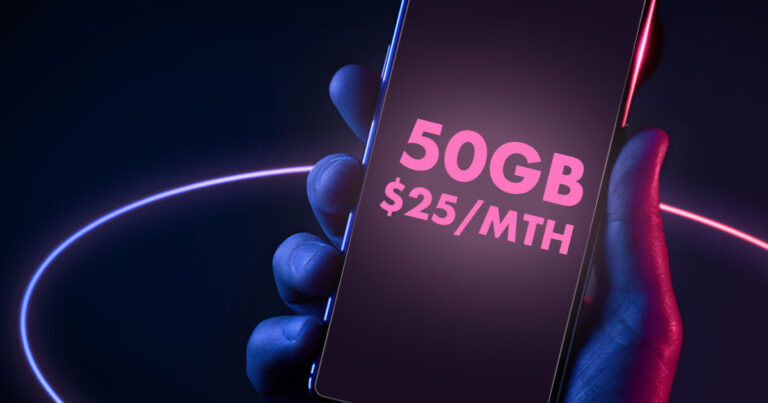 BUT wait, there's more. On top of the discounts Circles.Life is already running, our friends at WhistleOut have promo codes that will discount those plans even further. Here are those promo codes to use at the checkout and what they get you:

Circles.Life is an MVNO (Mobile Virtual Network Operator) that uses the Optus 4G network to power its high-data mobile plans. After a strong start in Singapore where it was founded, the telco exploded onto the local market back in 2019 with some milestone discounts on huge data offers and hasn’t stopped churning out the discounts ever since. As is the case with most mobile plans in Australia these days, all of Circles.Life’s plans come with no contract, unlimited standard national calls and SMS with a few extra perks like unlimited voicemail and a 100% satisfaction guarantee that offers up a full refund if you’re not happy with your service in the first 30 days. All in all, signing up with Circles.Life is a super-low risk investment. That’s part of the reason the telco is consistently topping our picks for the in Australia and took out five separate accolades across two years in the WhistleOut Mobile Awards.

Here's those deeper comparison of Circles.Life's most popular plans.