To eero is human; to annihilate dead zones, divine. 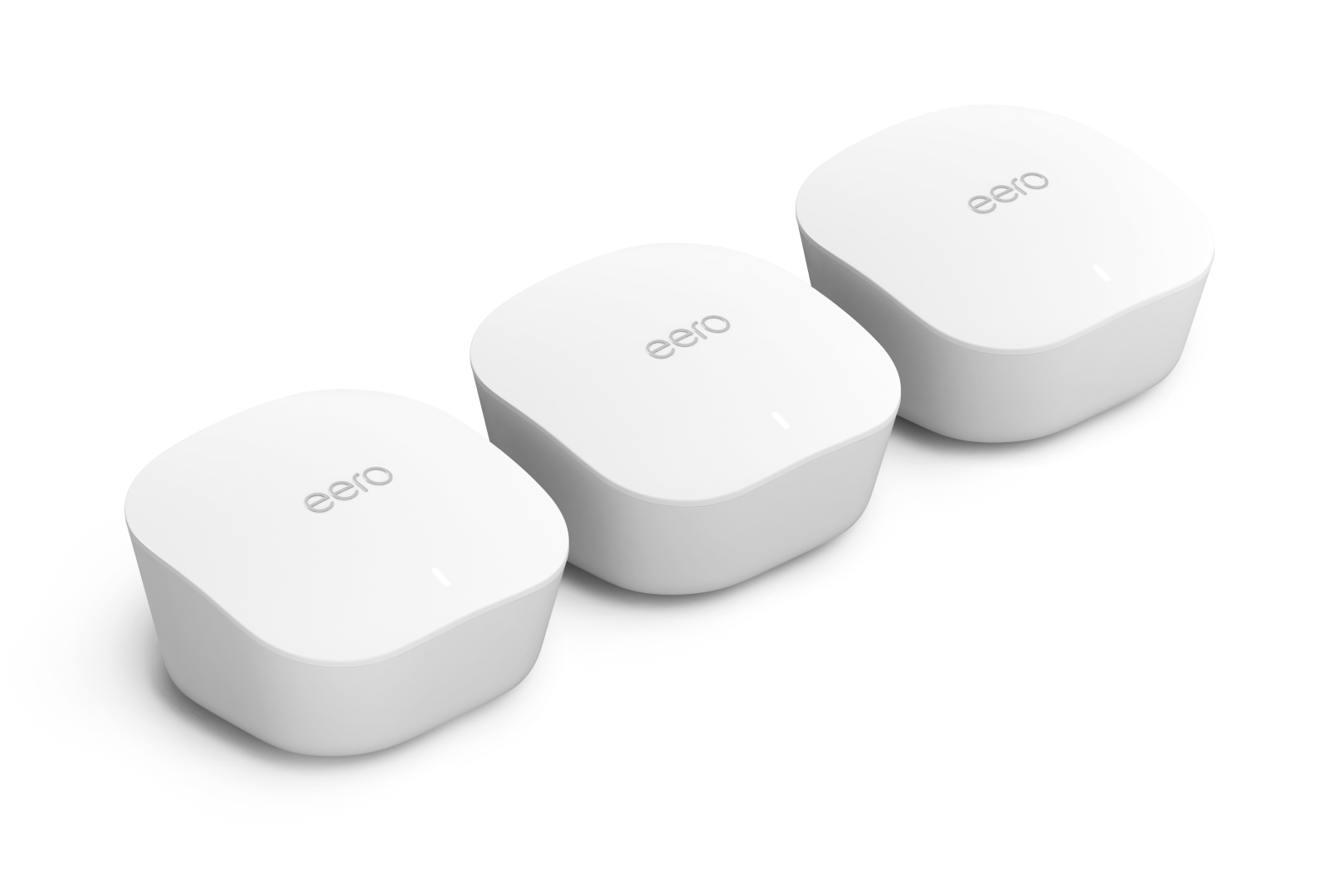 Certain mesh WiFi systems are great once they’re up and running, but a pain to set up. The Amazon eero is a cinch to set up and does a solid job of eliminating pesky dead zones in the home. Still, it’s a pricey ask for an admittedly compact solution that isn’t as future-proofed as you’d hope for these days.

Modems vs routers. WiFi extenders vs boosters. When it comes to networking, there sure are a lot of ready-made solutions with confusing names.

The latest networking tech on the block is the mesh WiFi system, which is intended to boost in-home wireless coverage, boasts incredibly straightforward setup and all in a discrete design that you won’t need to hide away (like other obnoxious networking equipment).

Now that Amazon eero has finally landed in Australia, it’s a great starting point for the dead-zone-suffering home that’s looking to tap into the wireless perks of mesh networking.

Data effective 24/08/2020. Offers and availability vary by location and are subject to change.

What’s in the Amazon eero box?

The Amazon eero is incredibly easy to crack open. Slide off a cardboard slip and pop the top to find and follow these three-step instructions on a green card: download the eero app, disconnect your networking gear, then follow the app setup wizard. Beneath those three-part pointers are the three eero satellites (or one if you opt for the one-pack). Pop them out and lift the plastic shell to get to the USB-C chargers with decent-length 1.5m cables, and a short 90cm Ethernet cable. 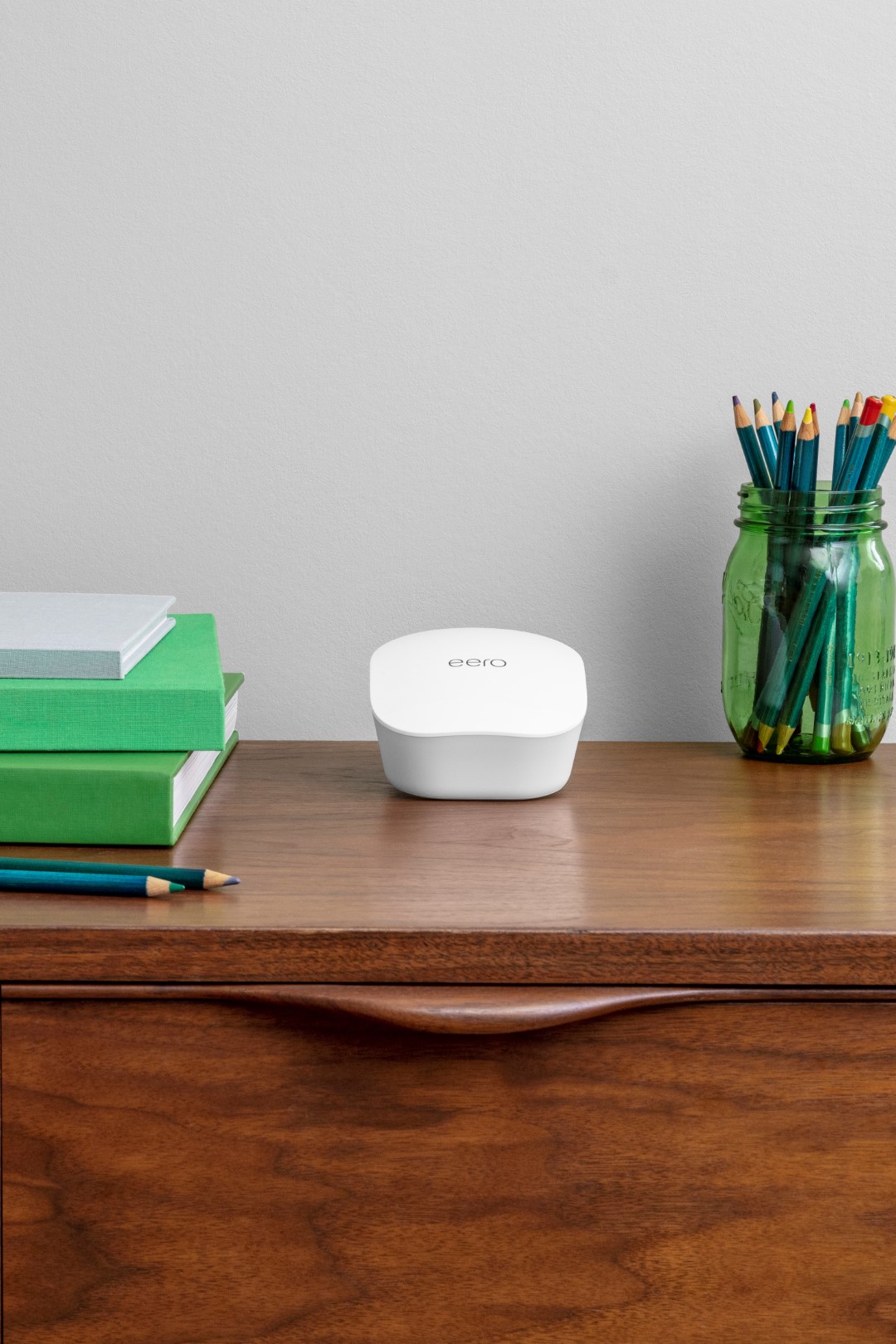 What are the Amazon eero’s main selling points? 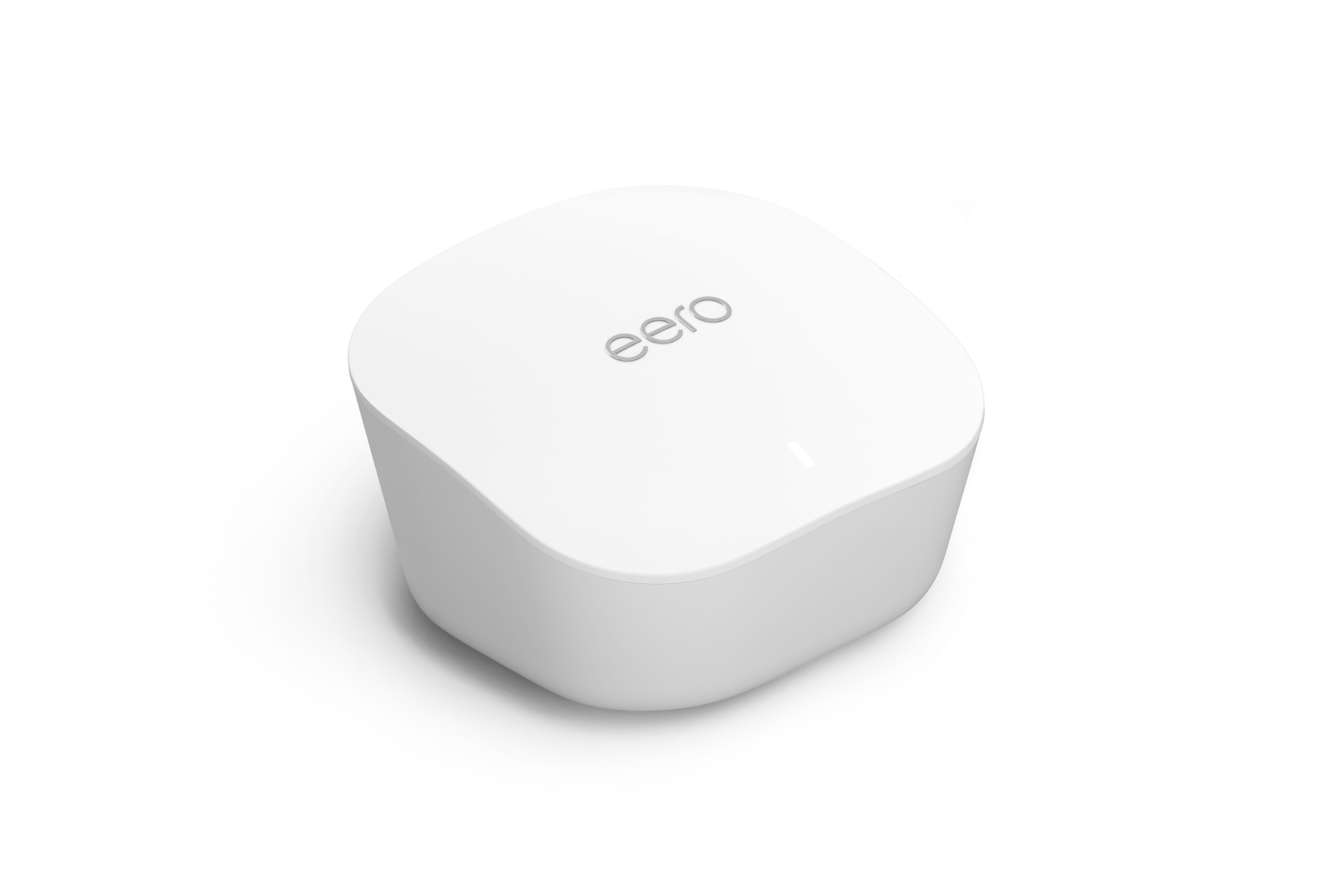 Unboxed to online in under 10 minutes. 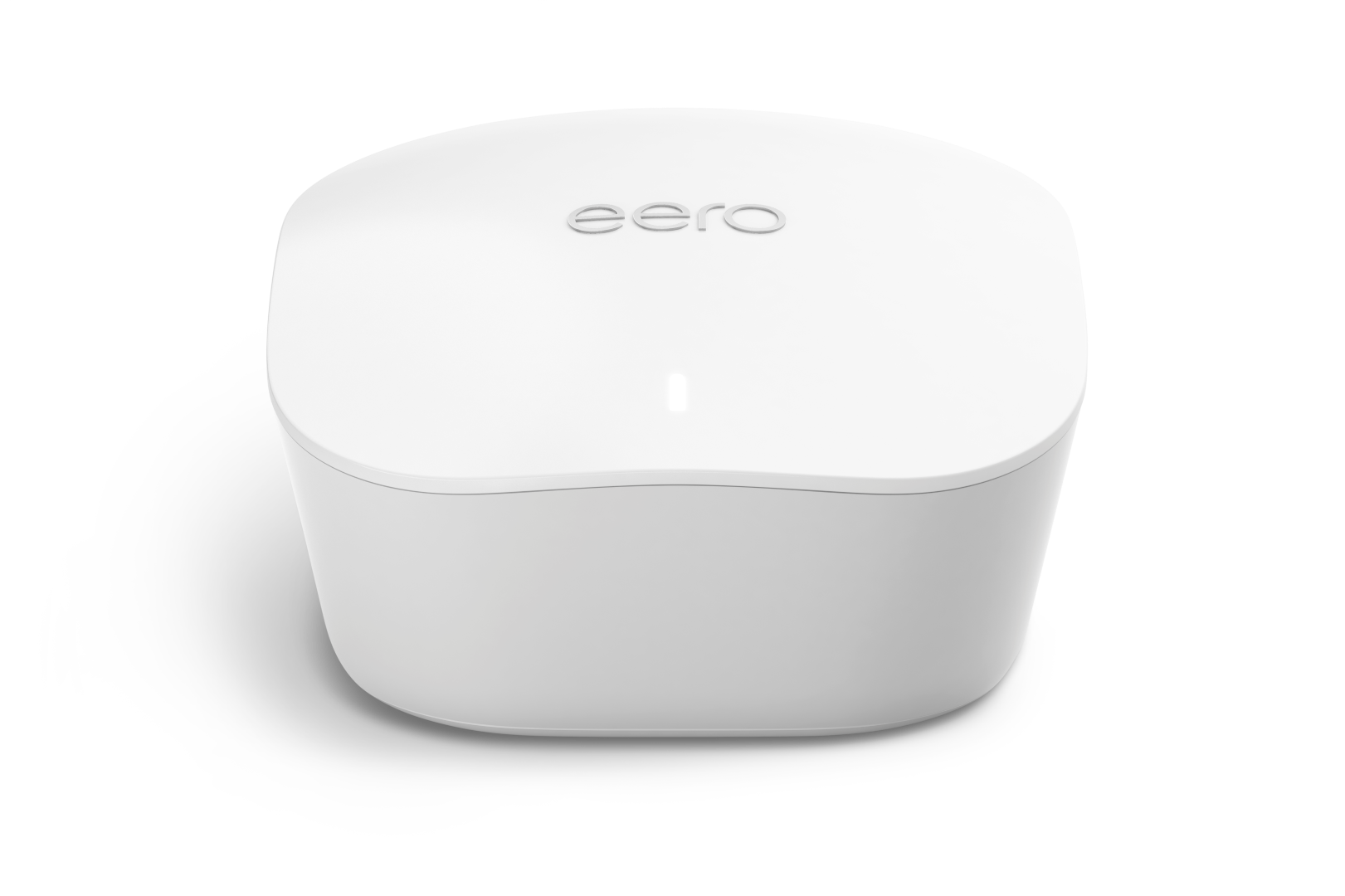 During my eero tests, I followed the instructions laid out in the green card inside the box and was pleasantly surprised to have everything ready to go in 10 minutes. In fact, the longest parts of setup for my Fibre-to-the-Curb NBN connection (yes, Amazon eero plays nice with NBN) was the time spent waiting for my NBN-provided modem to power cycle.

Just make sure you download the Amazon eero home wifi system app before you disconnect your internet to avoid using mobile data. All of the eero satellites are the same but, by default, the first one you connect to your modem will act as the router. Power on one eero device at a time (as guided by the app steps) and be sure to spread them out around your home to tackle those pesky dead zones (open, upright, hard surfaces are best).

The big test for my apartment is the thick concrete wall that separate bedroom from lounge, and the multiple concrete walls that separate lounge from study. By splitting my three-pack satellite system between lounge, bedroom, and study, Amazon eero offers WiFi internet speeds in my bedroom that are as fast as in the lounge. The study is slightly slower but still close to 25Mbps faster (and, more importantly, more reliable) compared to my router, which means the eero boosts WiFi compared to a standalone router.

Dual-band WiFi connectivity (2.4GHz and 5GHz) with MU-MIMO support and beamforming means the eero can easily handle multiple devices, streaming locally or online (NBN bandwidth permitting for the latter), and it’s all invisibly managed as you move around your home. There’s a couple of Ethernet ports per eero satellite to help support consistent speeds for priority devices. Be aware that you’ll use one by default on the eero connecting to your modem. It’s just a shame the eero doesn’t support the new 802.11ax WiFi 6 standard. 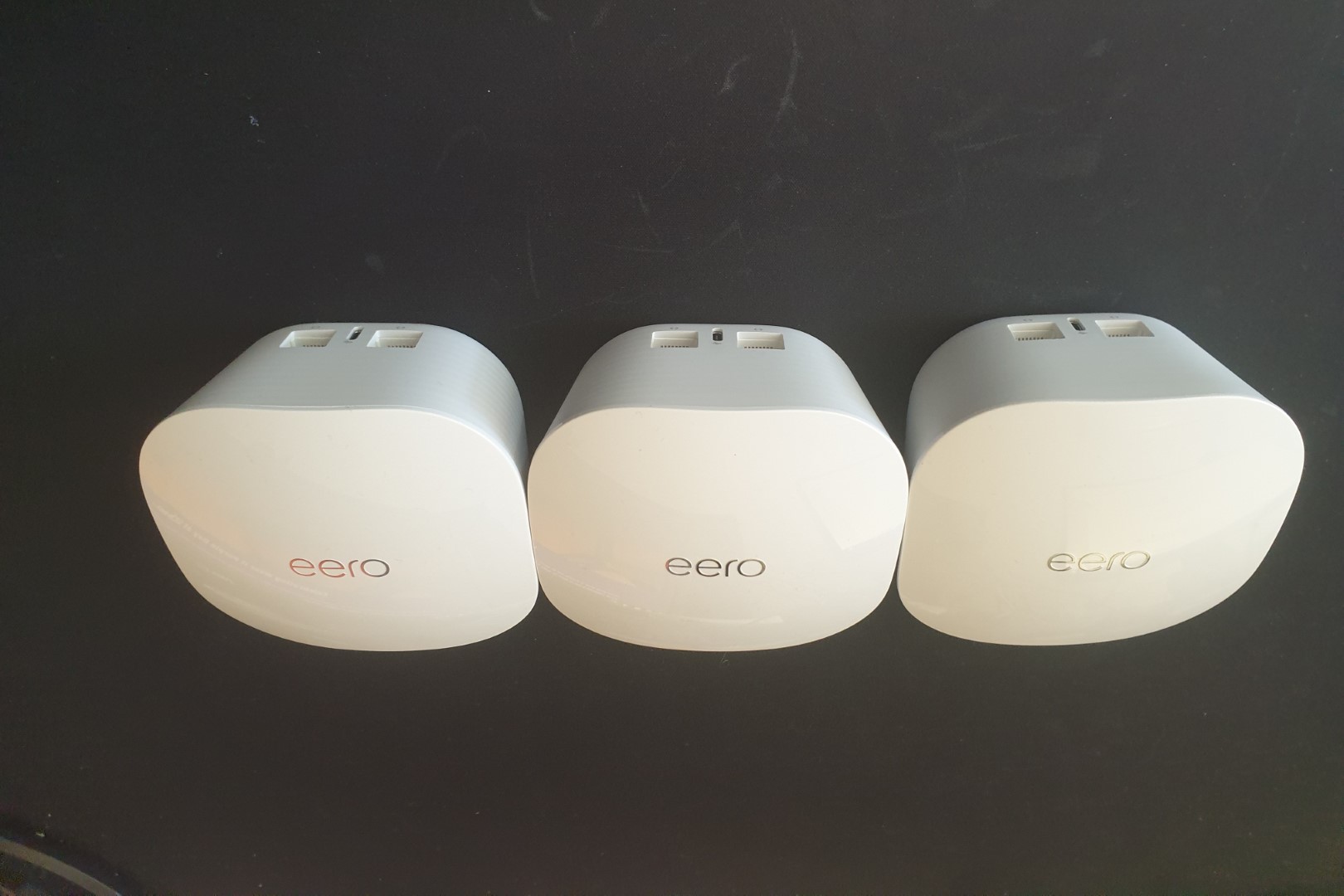 Which Amazon eero should I get?

Unless you’re in a particularly tiny home without interference concerns, you’ll likely be tempted to opt for the Amazon eero three-pack. Smaller homes should be serviceable by a router anyway (and not necessarily a powerful one). This means you’re looking at spending $429RRP instead of $199RRP, though, which is a respectable saving for three eero satellites in a bundle rather than the $597 it’d cost you to buy them individually. Still, that price range is not a whole lot cheaper than the $499.95RRP Linksys Velop three-satellite mesh system that’s more fully featured (albeit with taller satellites).

What this all boils down to is this simple question: is the Amazon eero any good for what you’re paying? It’s not the fastest mesh WiFi system around, and you’re effectively forced to buy the three-pack to get the most out of it (unless you’re in a really small home with no dead zones). Still, for an attractive mesh network system that’s a breeze to set up once so you never have to think about it and can keep up with an NBN 100 connection, the Amazon eero ticks a lot of the right boxes.