We’ve got a lot of questions and none that we want answered.

To celebrate the release of Sonic the Hedgehog 2, Paramount Pictures and Xbox have revealed a bold new look for the Wireless Xbox Controller and a custom Xbox Series S themed around the Blue Blur, Sonic the Hedgehog. The limited-time Xbox Series S is branded with a golden ring around the circular air vent, an embossed Sonic the Hedgehog logo on the front of the device, and a graphic featuring Sonic and Knuckles on the top/front of the console. It’s fairly standard fare for a special edition console. The zhuzhed up Wireless Xbox Controllers, on the other (uncomfortable) hand, are another story… 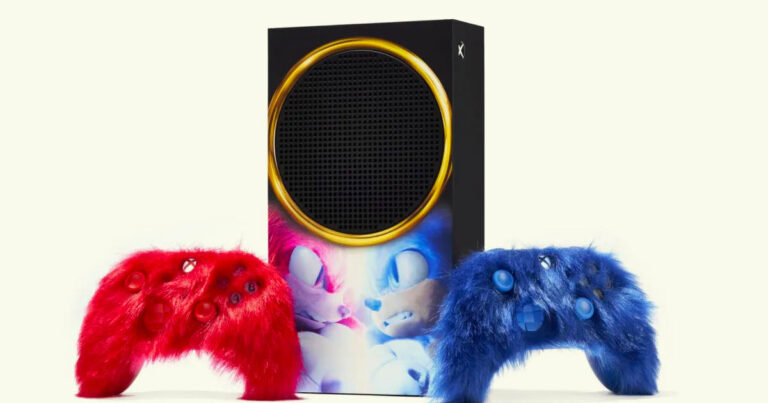 Explaining this further brings me great physical pain but you came here to learn more about the hairy Xbox controller– well, bristly in Xbox speak– so let’s whip through this as fast as possible.

In addition to the themed Xbox Series S console, Xbox is releasing two (too) furry Xbox controllers for Sonic fans or anyone curious and brave enough to keep them in their house. Thankfully, there’s not much else to say, other than the fact that there are blue and red options of the hairy Xbox gamepad, inspired by Sonic and his grumpy rival/friend Knuckles.

Considering Sonic’s complicated but stable relationship with Nintendo, the Xbox partnership might seem a little confusing but the limited-edition release and movie sequel are releasing in tandem with the Sonic the Hedgehog DLC for Microsoft’s absurdly successful sandbox game Minecraft. 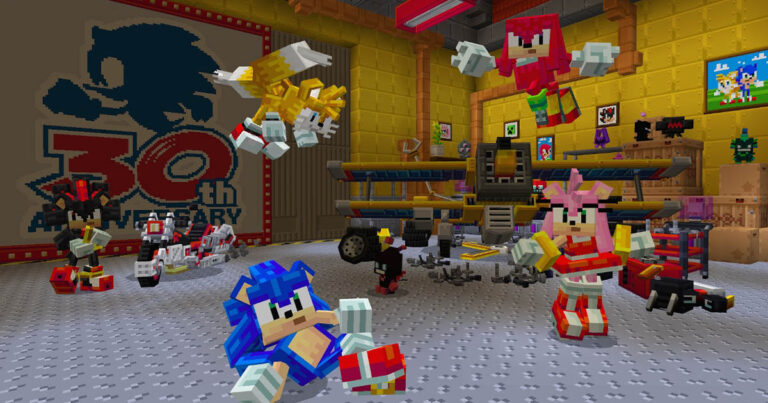 Even though the phrasing in Xbox’s blog post suggest it will be “releasing” the special edition Sonic Xbox Series S and Wireless Controllers, it seems they are only available as part of a giveaway for the time being. Entering the giveaway in Australia couldn’t be simpler. All you’ve got to do is follow the official Xbox account on Twitter and retweet the official Xbox sweepstakes tweet below with the hashtag #XboxSonic2Sweepstakes. If you’re in the US, you can enter by redeeming Microsoft Rewards points. You’ve also got to be over 18 years old and have entered prior to the 4th of April 2022 (PT) to be eligible.

You can find more rules and entry conditions on Microsoft’s website.

Look, maybe it’s for the best that you can’t actually purchase the furry controllers considering we know so little about them. What do they eat? Are they toilet-trained? Are they machine-washable? Thankfully, only a small number of people will find out.

Sonic the Hedgehog 2 releases in Australian theatres on the 31st of March 2022. When it hits streaming services, you’ll be able to catch it on Paramount+ in Australia.