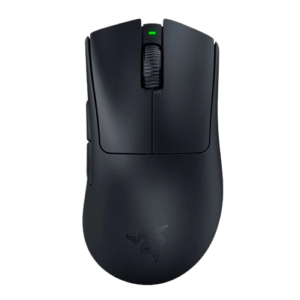 The Razer DeathAdder V3 Pro is a fantastic mouse for anyone seeking a lightweight wireless solution for gaming and everyday use. The battery life is incredible and the performance is excellent. Still, some concessions have been made in the jump between DeathAdder V2 and V3. Even if it added some extra weight, Bluetooth would also help with increased versatility.

If you’re shopping for a Razer product this year, expect to find a lot of “V3” revisions. Earlier this year, it was the Razer Kraken V3 HyperSense. And now it’s the DeathAdder V3 Pro plus the Basilisk V3 Pro mice, primarily targeted at gamers. If you’re in the market for a lightweight gaming and everyday mouse, the Razer DeathAdder V3 Pro is well worth weighing up. 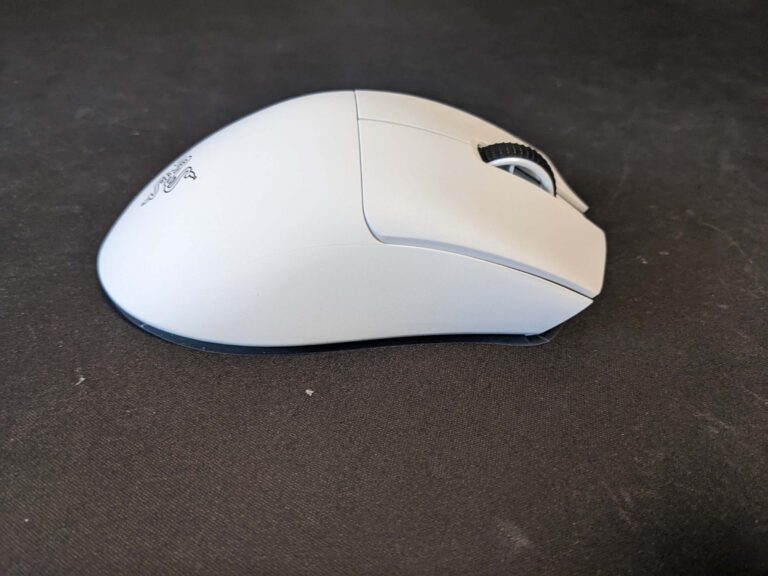 A not-too-cheap investment in comfort and longevity.

With a $269 RRP, the price is right for the Razer DeathAdder V3 Pro next to its peers. This is roughly the same price you can expect to pay at full-priced retailers for the Logitech G502 X Plus, SteelSeries Aerox 5 Wireless and the Roccat Kone XP Air Wireless. All of these gaming mice hang around the $250 to $300 mark. Nab the Razer DeathAdder V3 Pro for under $250 and you’re laughing.

The only proviso, though, is there’s an optional Razer HyperPolling Wireless Dongle you can buy and pair with the Razer DeathAdder V3 Pro for $54.95 RRP. It’s a reasonable price for an ultimately optional albeit future-proofed upgrade, which lifts the polling rate from max 1,000Hz to 4,000Hz. Admittedly, 1,000Hz still feels incredibly smooth, and anything above that polling rate may have a negative impact on CPU-driven games.

Effortless to set up and easy to use. 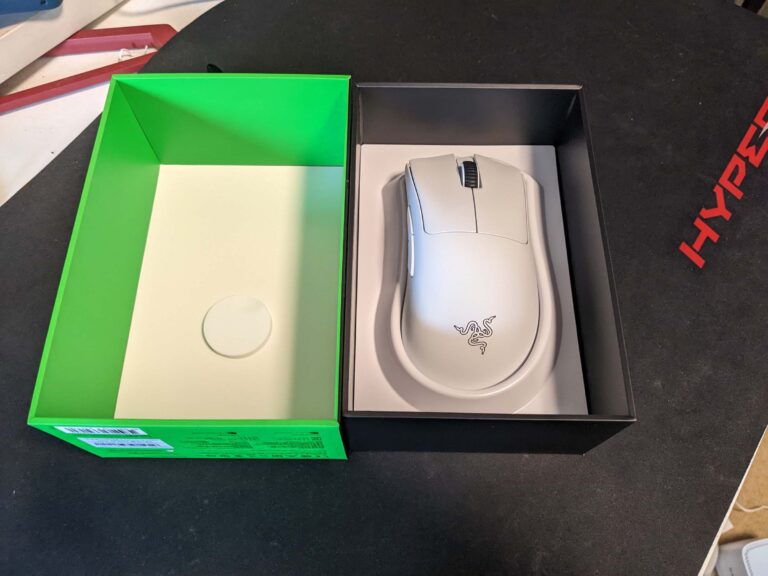 Flip over the Razer DeathAdder V3 Pro for a power/DPI button. While it’s nice to have a power button, the Razer DeathAdder V3 Pro is the Energizer Bunny of gaming mice: it just keeps going and going. My battery test started one afternoon, and all I did was drop the automatic ‘low battery mode’ to 5% instead of the default 30%. After dozens of hours of use and never once powering it off between uses, I didn’t get a low-battery warning until 11 days later.

In terms of charging, you’re looking at around 57% of juice per hour of charge. As for the actual setup, it’s as easy as you’d hope. Plug the braided and appropriately flexible USB-C to USB-A cable into a spare USB-A port on your computer, and the USB-C port either into the mouse directly or into the dongle port. Alternatively, you can also connect the USB-A 2.4GHz dongle directly into your computer. But keeping it in the dongle makes it an easier process to shift between recharging the mouse and flicking back to wireless mode.

Razer was founded in 2005 and has dual headquarters in California and Singapore. The company has grown to have 18 offices around the world and its software platform boasts more than 175 million users. Today, Razer makes gamer-centric peripherals and laptops.

An excellent no-nonsense mouse for gaming and everyday computing. 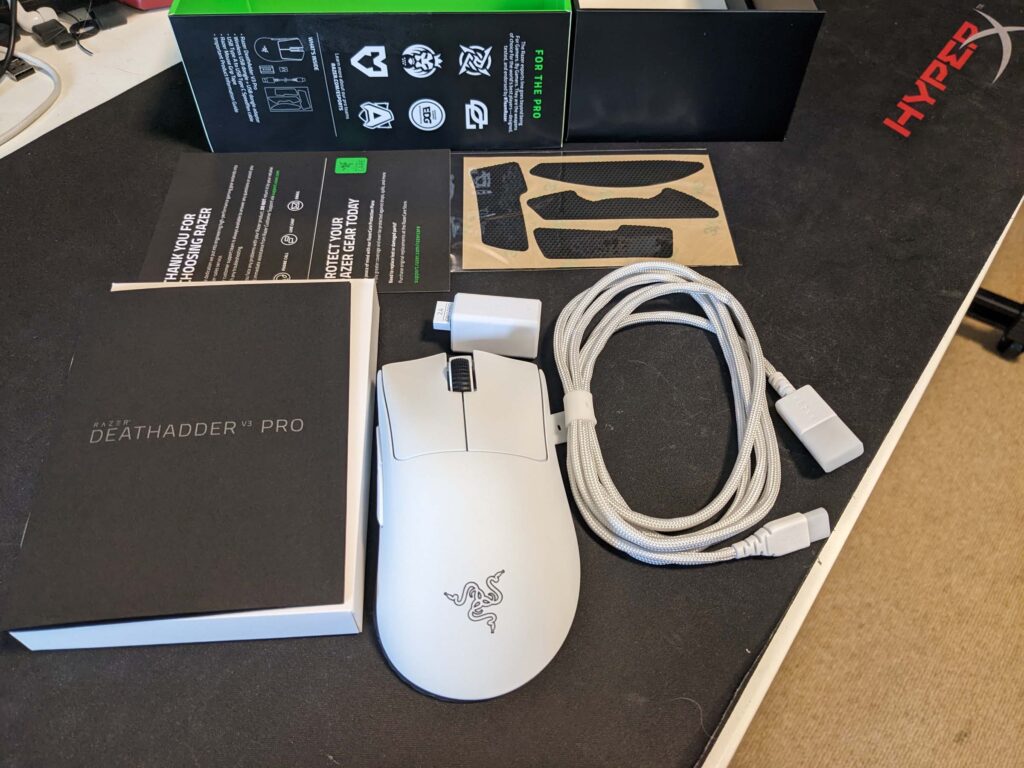 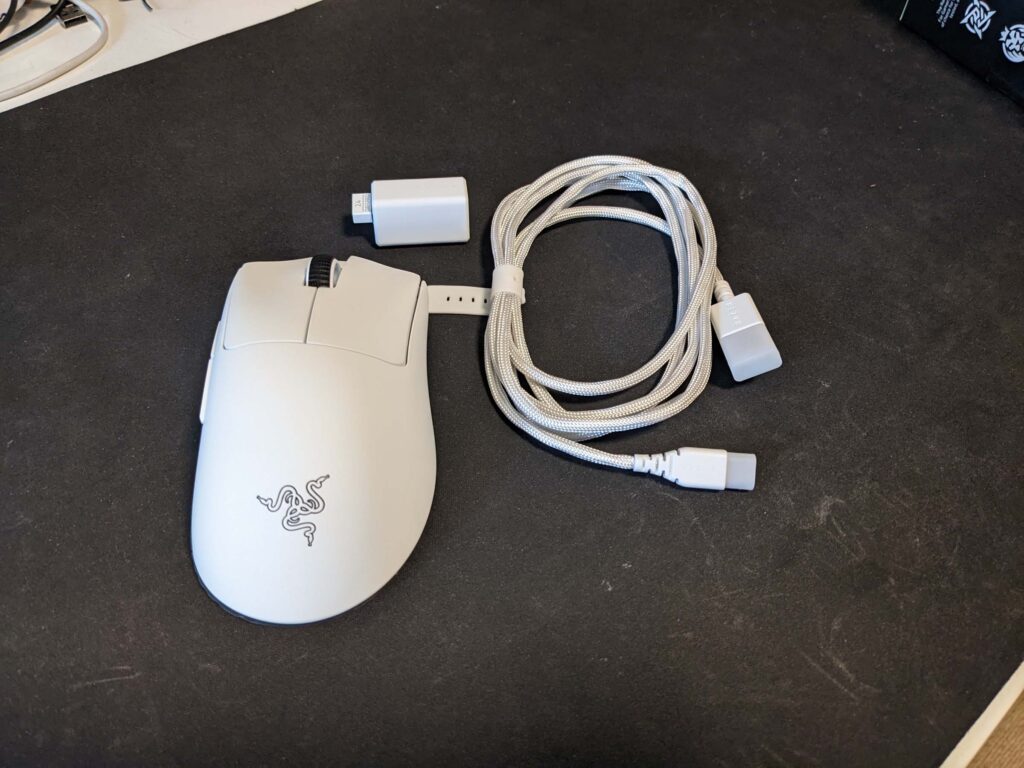 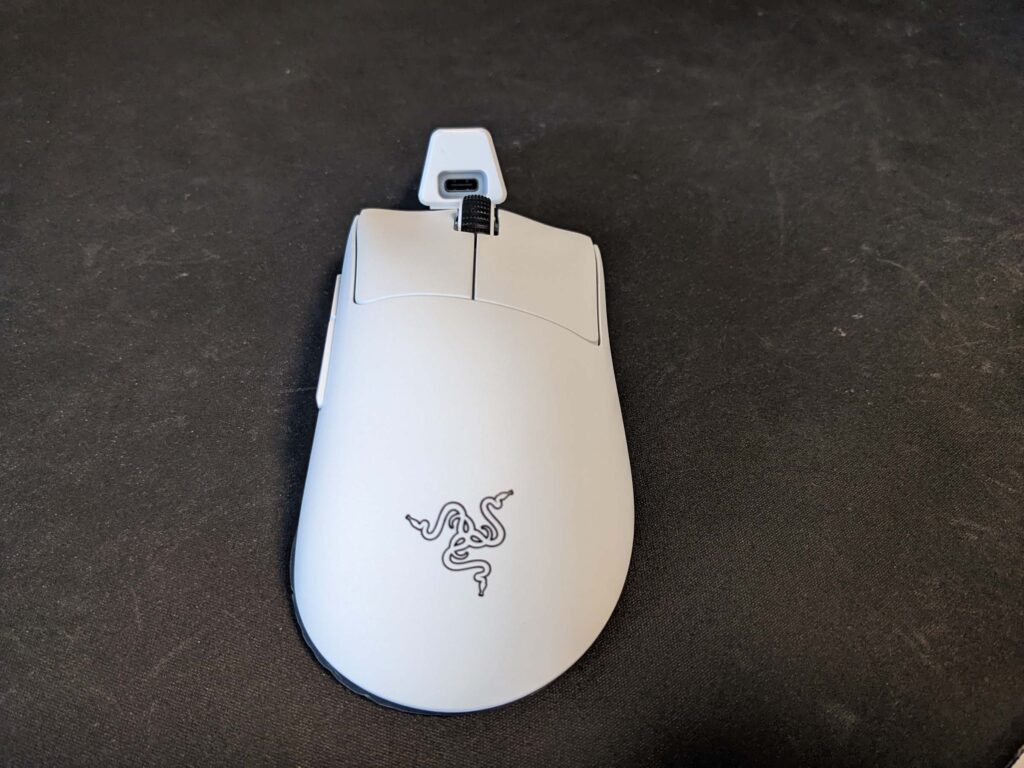 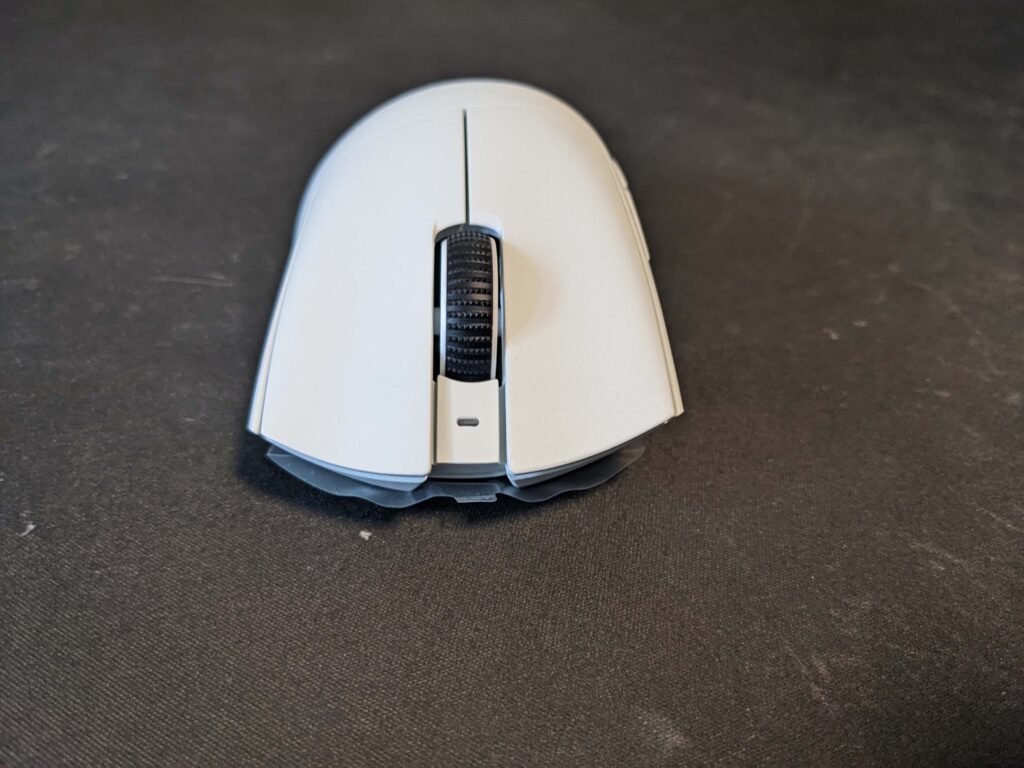 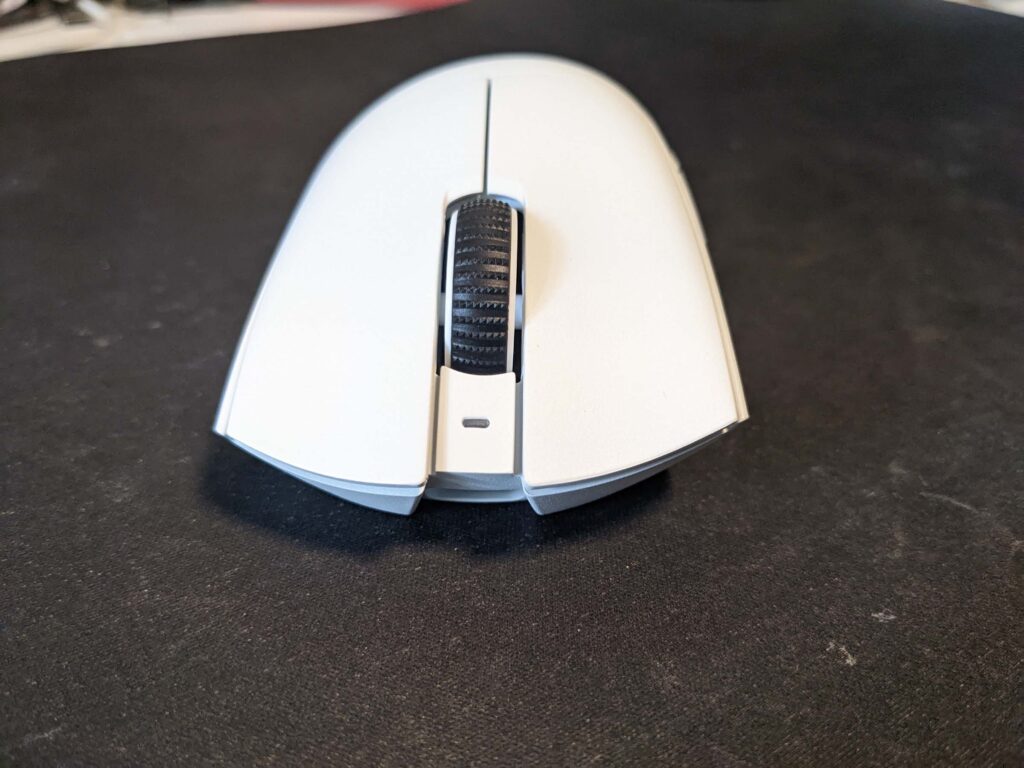 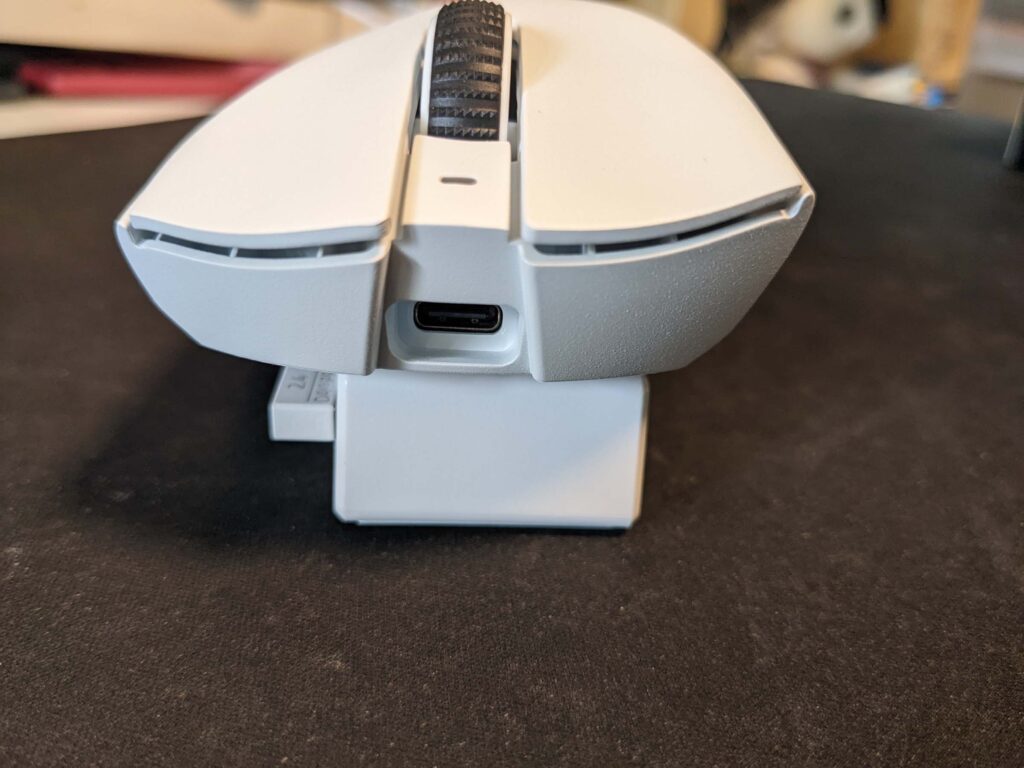 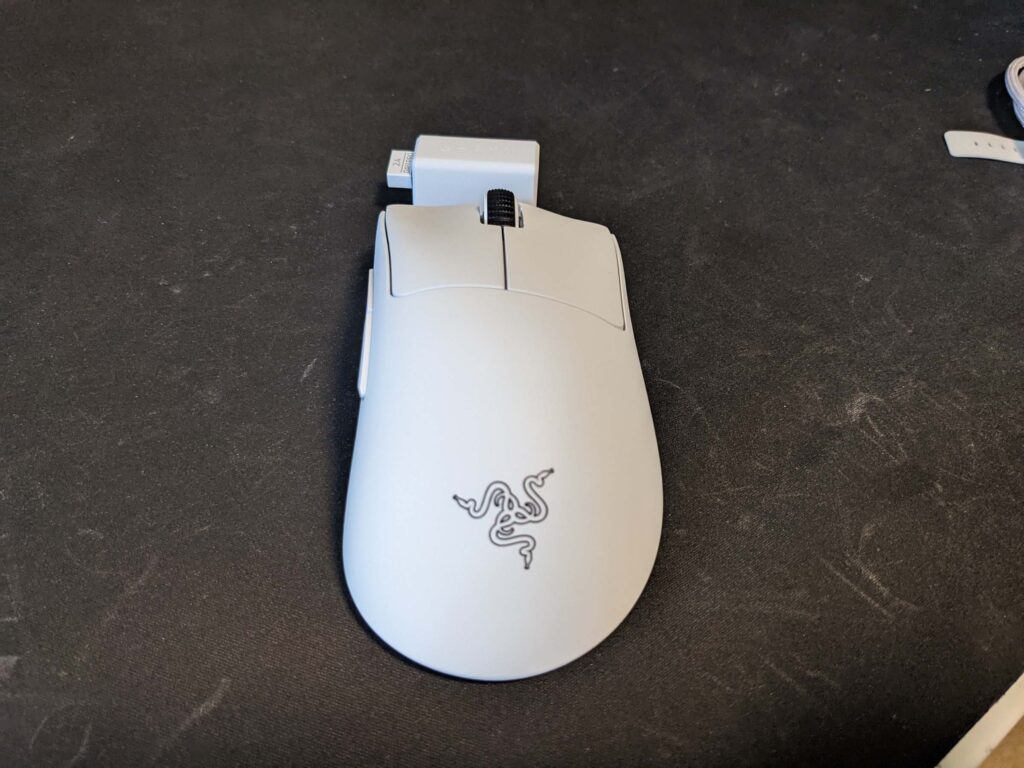 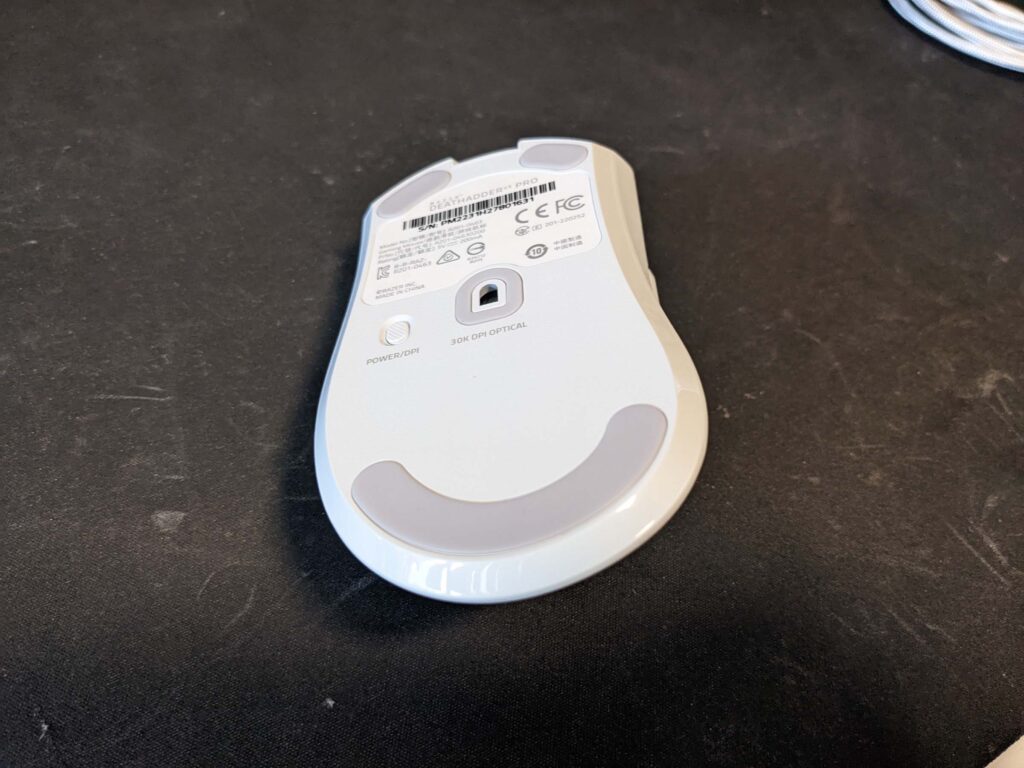 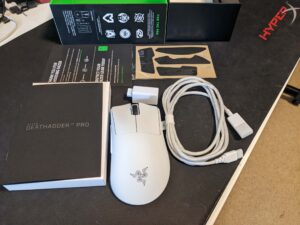 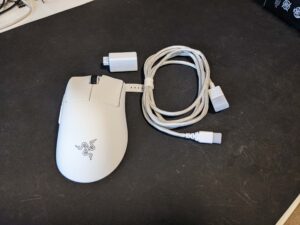 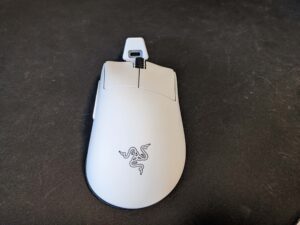 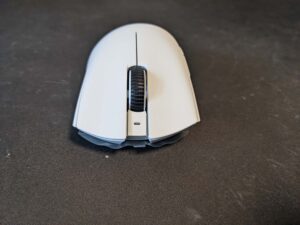 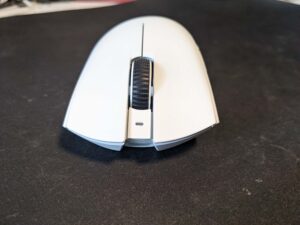 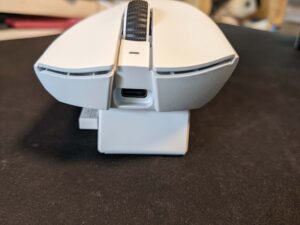 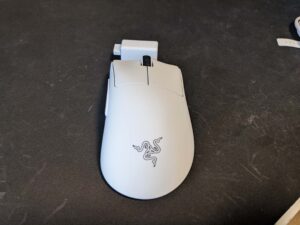 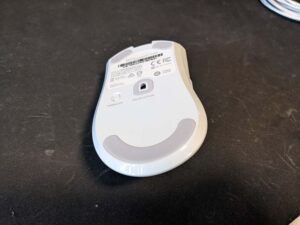 At this stage, “glides like a dream” is going to be put on my headstone because of how often I use it in relation to modern gaming mice. That sentiment is absolutely true of the Razer DeathAdder V3 Pro, and this lightweight beauty helps to make that glide feel even smoother.

Some concessions made, but mostly a solid upgrade.

Compared to the Razer DeathAdder V2 Pro, the V3 Pro will feel very familiar. There are slight tweaks to the design, but both mice are made for right-handers with larger hands who favour either a palm or claw grip.

In the two years between releases, the focus is more on the innards. While the V2 Pro is more versatile with included Bluetooth support, the V3 Pro is lighter (63g vs 88g). The Razer DeathAdder V3 Pro also boasts the latest Razer optical sensor, with better sensitivity, max IPS speed and max acceleration, as well as third-gen optical switches (the V2 Pro has gen-two switches).

In practical terms, expect better battery life from the V3 Pro vs the V2 Pro for 2.4GHz comparisons, while the former also is rated for 90 million clicks while the V2 Pro is 70 million. The Razer DeathAdder V2 Pro is still a great gaming mouse, and you can save bucks by choosing it over the V3 Pro. Admittedly, outside of dropping Bluetooth, everything else feels like a refinement in the V3 Pro.

Is the Razer DeathAdder V3 Pro worth buying?

A long-term investment in smooth wireless use. 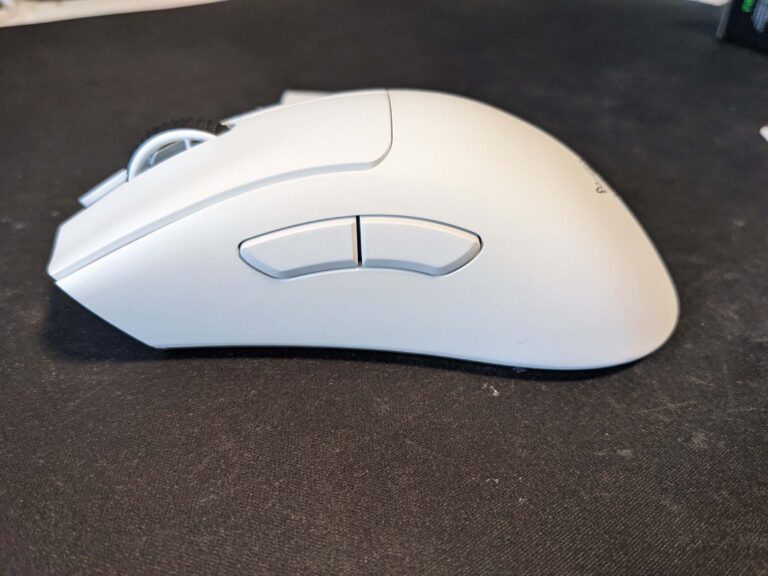 If you’re a right-handed mouse user with average to larger hands, the Razer DeathAdder V3 Pro is a great companion for everyday use and most gaming scenarios. It’s a shame the Bluetooth is gone, but the lightweight chassis, upgraded sensor and switches combine for a refined DeathAdder that’s very impressive.

How we review gaming mice

This may sound obvious, but we test gaming mice by using them as our primary mouse for an extended period. After dozens of hours of everyday use and in-game testing, we’re in a much better position to comment on things like weight, comfort, accuracy and other basics like how easy it is to reach particular buttons.

Where relevant and possible, we compare the gaming mouse we’re reviewing with the other options we have on hand. Sometimes this might be an earlier generation of the same model, it could be a competitor, or it might be the go-to mice we use for everyday computing and/or gaming.

We favour wireless mice over wired mice, but wired gaming mice should have cables that have great reach and flexibility to avoid snags. These days, wireless gaming mice should be just as accurate as wired mice, and we pay close attention to how long the battery drains during our tests. Finally, we also look at companion software to see if it’s easy to configure and personalise a mouse to a user’s particular preferences.