New Nintendo Switch Pro: Everything the reports tell us

With reports of a new Nintendo Switch ramping up, let’s take a look at everything we’ve heard about the new console so far. 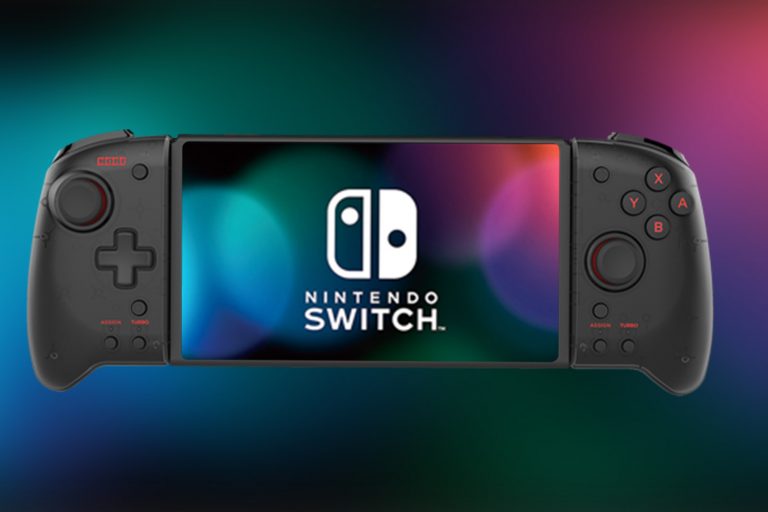 Thanks to Bloomberg’s consistent and credible reporting and "people familiar with the matter," we're starting to develop a good idea of how the next Nintendo Switch console is shaping up. Bloomberg’s Takashi Mochizuki has been on the case since late 2020, running story after story on the alleged details of what appears to be a 4K upgrade to the popular handheld hybrid. Most of the information we’ve used in this article comes directly from Mochizuki’s reporting on Bloomberg, which you can (and should) read here, here and here.

What is the new Nintendo Switch?

Truthfully, nobody outside the four walls of Nintendo HQ really knows what the next Nintendo Switch is at this stage but rumours and reports we’ve seen so far paint an upgraded version of the popular Nintendo Switch that is capable of 4K output when docked, sports a 7-inch OLED display and is packing NVIDIA DLSS. While the reports say it will be phasing out the current Nintendo Switch (and sold alongside the Switch Lite), it will be a mid-generation console upgrade, like the PlayStation 4 Pro and Xbox One X, rather than a completely new generation of consoles. That’s important because whatever games are planned for the upgraded Nintendo Switch would still be compatible with existing consoles, rather than a necessary upgrade to play the latest Switch games.

Do we know what the official name is?

Absolutely not. Recently, Amazon Mexico briefly listed something called New Nintendo Switch Pro under the Nintendo brand and that's the most likely name at this point. The Amazon listing could have been a placeholder, a mistake or a simple troll job but adding to the credibility of this particular leak is the fact that Amazon Mexico was also responsible for leaking the remastered Spyro Reignited Trilogy back in 2018, which was subsequently announced the very next day. In short, there's a precedent for Amazon Mexico pulling the trigger too early.

As dull as it is, Nintendo's also a big fan of slapping "New" on boxes. New Super Mario Bros. U Deluxe, New Pokémon Snap and the New Nintendo 3DS XL are all official product names from the big brains at Nintendo.

Personally, I'd love to see Nintendo pay homage to the SNES by calling it the Super Nintendo Switch but the company has been playing it safe with console names every since it copped flack for the Wii. 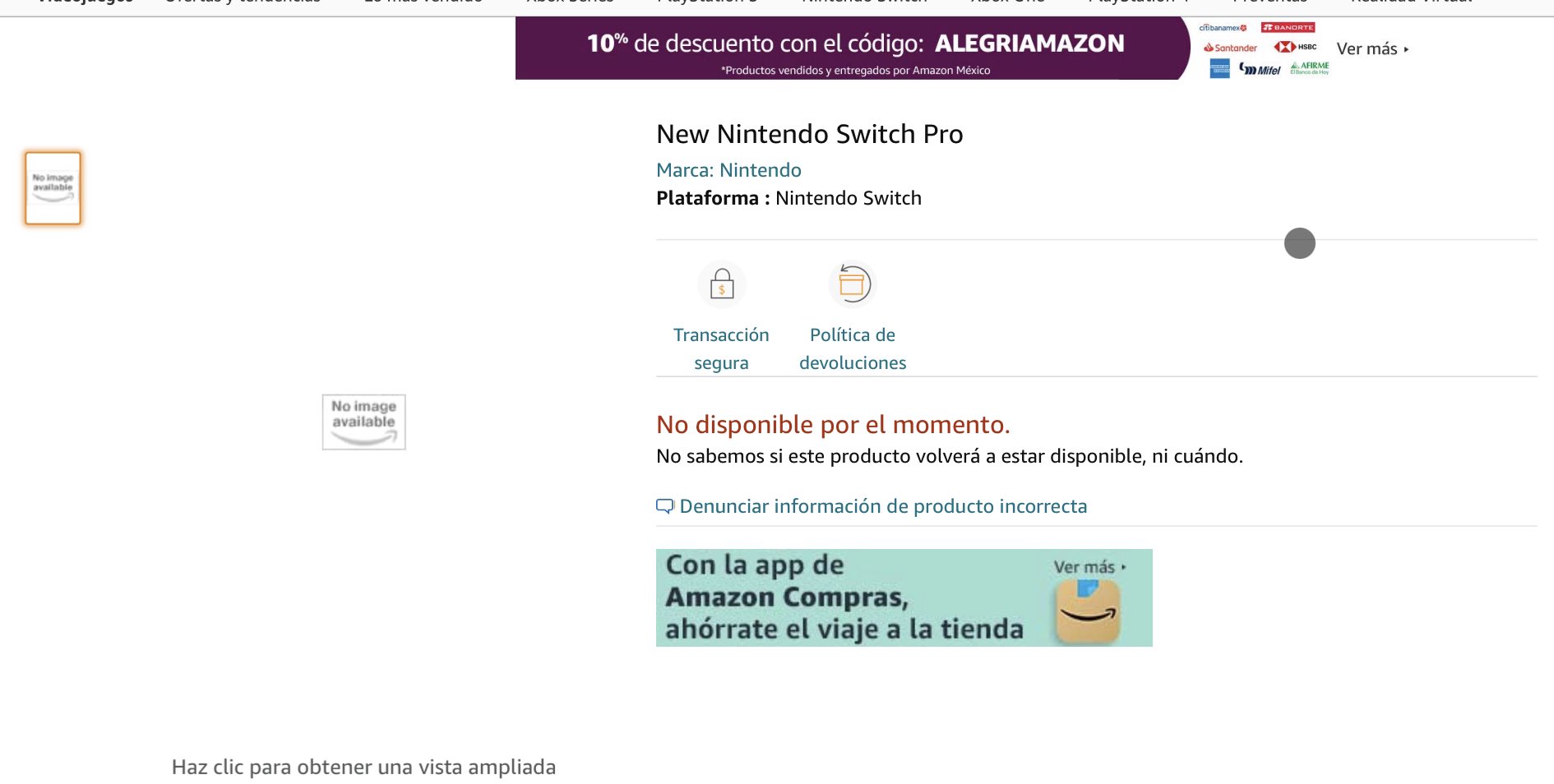 The most recent rumour to get Nintendo fans salivating was the tease that the new Nintendo Switch would get an official announcement sometime in June before the upcoming E3 conference (June 12) and would release between September and October 2021.

Early reports suggested a 2021 Holiday season release but it looks like Santa might be coming early this year.

None of this is confirmed by Nintendo but it also hasn’t been outright denied since Doug Bowser, the president of Nintendo America, artfully dodged questions on a Switch Pro by telling Polygon that the Nintendo was “at the midpoint of this life cycle on this platform” and that it was currently focused on “existing form factors.” There are plenty of ways to interpret those statements but the point is, Bowser never denied the existence of a mid-generation Switch upgrade.

More expensive than the original Switch

One of the key technical highlights from Bloomberg’s multiple reports is that the new Nintendo Switch will have a 7-inch OLED display manufactured by Samsung. This claim was later backed up by a leaked transcript (Spawn Wave on Twitter) from an investor’s call with Universal Display Corp, a developer, manufacturer and patent-holder of OLED technologies:

A 7-inch display is just big enough to not drastically alter the overall form of the Nintendo Switch, meaning existing Joy-Cons, docks and accessories should still be compatible with the new Switch. If anything, the result will be a Nintendo Switch with a much better handheld display and slimmer bezels.

Bloomberg’s first report on the new Nintendo Switch came in late 2020 when the idea of a 4K Nintendo Switch was first established. We’ve already explained in the last section that the new model is expected to have a 720p handheld display but Bloomberg’s report suggests the new Switch will be capable of outputting 4K resolution when docked for TV mode. As we’ve already discussed, resolution isn’t everything and although naysayers will repeatedly criticise Nintendo for not keeping up with the competition, the company has never aimed to compete with the graphical prowess of its console counterparts.

Still, it’s a welcome upgrade for anyone who has invested in a fancy 4K telly.

The report of a 4K Nintendo Switch was soon followed by another that suggested the new hardware would house an upgraded Nvidia DLSS (Deep Learning Super Sampling) chip. DLSS is a proprietary technology used by Nvidia in its high-end graphics cards (e.g. the RTX 20 and RTX 30 cards) that uses a deep-learning algorithm to enhance the resolution of low-quality images in real-time. There are a few benefits to using DLSS. For one, it would allow the new Nintendo Switch to upscale 1080p video to 4K when docked in TV mode. But the AI-upscaled resolution also wouldn’t require as much GPU bandwidth as a console with native 4K output (like the PlayStation 5), leaving more room for it to dedicate resources to other heavy-load tasks, like higher frame rates.

Here’s an example of what DLSS upscaling looks like in action:

First-party and third-party games for the new Nintendo Switch

Another key part of Bloomberg’s original report on the new 4K Nintendo Switch was that the company was planning a slate of first and third-party games that would showcase the power of the new console when it came time to announce. New exclusive software to promote the launch of your new console is a no-brainer (well, unless you’re Microsoft releasing the Xbox One X) but there are a number of Nintendo titles that have been MIA for a while now. Metroid Prime 4, the sequel to The Legend of Zelda: Breath of the Wild, and Bayonetta 3, to name a few. The type of games you might keep up your sleeve for a new console release if you were Nintendo. There’s also a bunch of highly-anticipated indie titles heading to the Switch with no confirmed release date. Boyfriend Dungeon from Kitfox Games, Oxenfree 2: Lost Signals from Night School Studio and White Owl’s The Good Life are all confirmed for Switch with no immediate release date.

All of this is to say, there’s plenty in the works at Nintendo, third-party publishers and indie studios that could help sell new Nintendo Switch consoles.