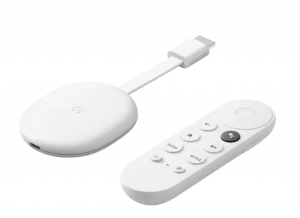 Google has knocked it out of the park with the new Chromecast with Google TV, adding a ton of smart features, 4K streaming, voice control and an ultra-convenient remote. While we’d like to see a wider app selection, it’s by far the best streaming device you can get for under $100.

More apps would be nice

I’ve been using Google Chromecast for over five years now, and while it’s always been good, there’s always been room for improvement. Thankfully, after spending some time with the new Chromecast with Google TV, I can safely say the tech giant has nailed it.

Google has always made good devices without exorbitant costs, and the new Chromecast is no exception. At $99, it’s a surprisingly budget-friendly price tag for something that delivers so much, including a remote (with Google Assistant), 4K and an intelligent content recommendation system.

Here’s how the Chromecast with Google TV stacks up against the competition.

The new Chromecast debuts a new Android-powered operating system - Google TV. If you’ve used an Android smart TV before, it’s not drastically different, but Google TV is distinctly… well… Google-ier. The UI is attractive and easy to use, with all the apps you’d expect to find: Netflix, Stan, Prime Video, Disney Plus, not to mention YouTube, news apps, music streaming apps and even games. The only thing missing (annoyingly yet unsurprisingly) is an Apple TV+ app. 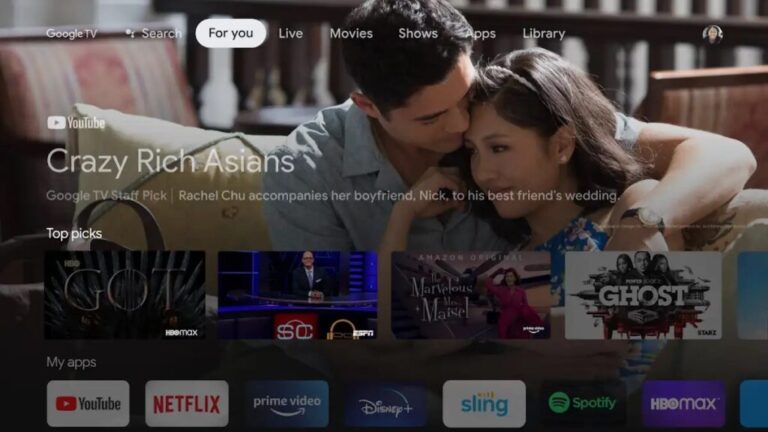 One of my biggest gripes with the O.G. Chromecast was its lack of a remote. Yes, you can use your smartphone, tablet or computer to control it, but while that’s all well and good for Android devices, it didn’t exactly gel as well with iOS. While you can still use compatible devices to stream content to Chromecast with Google TV, the addition of a remote is a game-changer.

There are quick-access buttons for Netflix and YouTube, plus a Google Assistant button which allows you to control the device with your voice. It also works as something of a universal remote (even with my very outdated plasma) - perfect for those who use their TV solely for binge-watching Netflix, Stan and Disney Plus.

When I first set up the Chromecast with Google TV, I was hit with a bunch of recommendations from streaming services I’m not subscribed to. However, once Google TV learnt what I am subscribed to, it rarely fed me recommendations for movies and shows from other services, and it got pretty damn good at suggesting titles that actually interested me. Another thing I really enjoyed was the inclusion of Rotten Tomatoes scores underneath each suggestion (yes, I am one of those nerds who likes to look up the RT score before I commit two hours of my life to a potentially terrible movie).

As you can probably expect from a Google device, the new Chromecast is designed to fit in seamlessly with their many smart home devices, including Google Home and Google Nest speakers, displays and home security equipment. That means you can essentially control your TV through all your other Google devices.

If your TV is 4K-capable, and you’re subscribed to 4K-quality streaming services, you’ll be able to watch your favourites in all their ultra HD glory. Plus, with Dolby Vision and Dolby Atmos in the mix, you’re pretty much guaranteed cinema-quality viewing and sound.

Google hasn't deviated far from the tried-and-true round, flat design of Chromecasts past. The Chromecast with Google TV is a smooth, silicone, pebble-shaped device that plugs directly into your TV via HDMI and into a power adapter via USB-C.

In most stores you’ll find the basic ‘Snow’ (white) colour, however, if you order through Google’s online store, you’ll have access to the pastel-perfect ‘Sky’ (blue) and ‘Sunset’ (pink) shades. To be fair, the device itself will be tucked away behind your TV all the time, so essentially you’re just picking the colour of your remote. 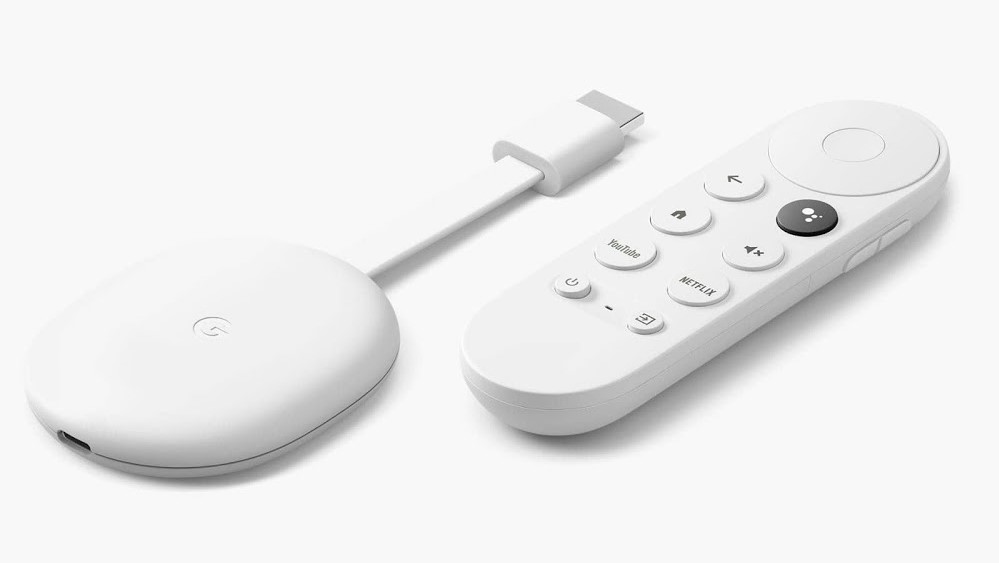 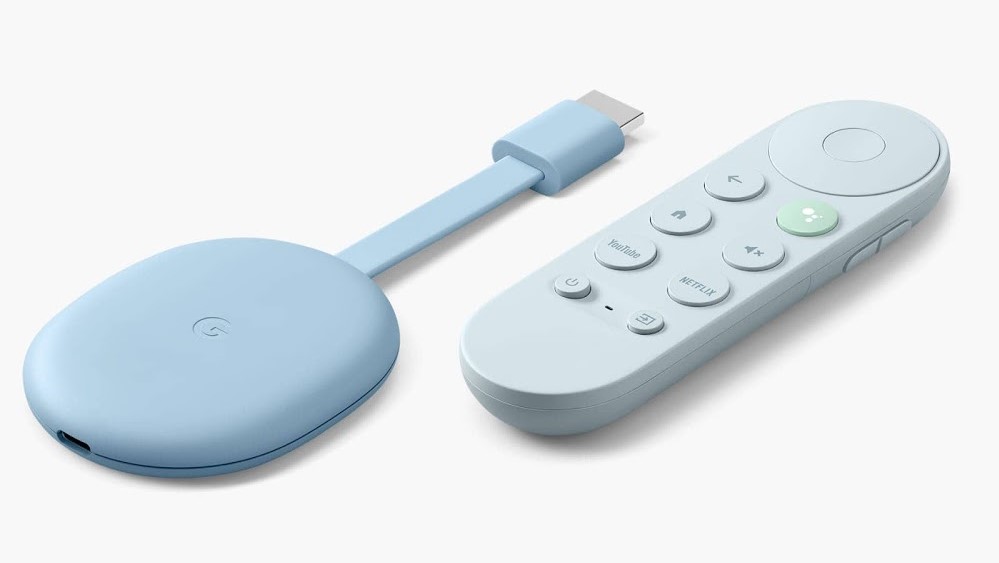 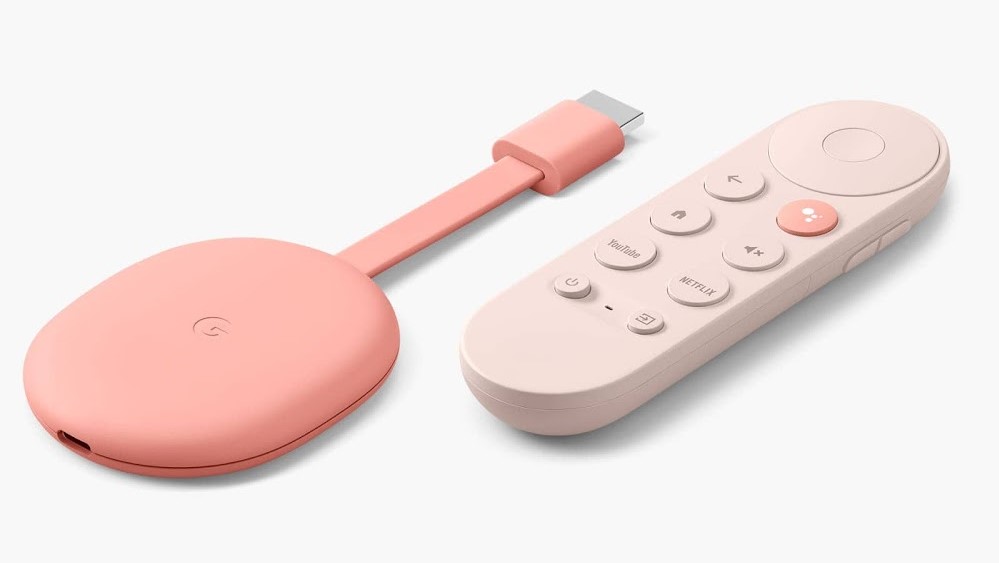 Yes, yes, a thousand times yes. Chromecast with Google TV has taken everything we loved about the original Chromecast, thrown in a remote, a proper operating system and 4K streaming, and slapped a measly $99 price tag on it. If there was anything that could truly give Apple TV a run for its money, this is it.