Cell Phone Behavior Survey: What Do People Do on Their Phones? 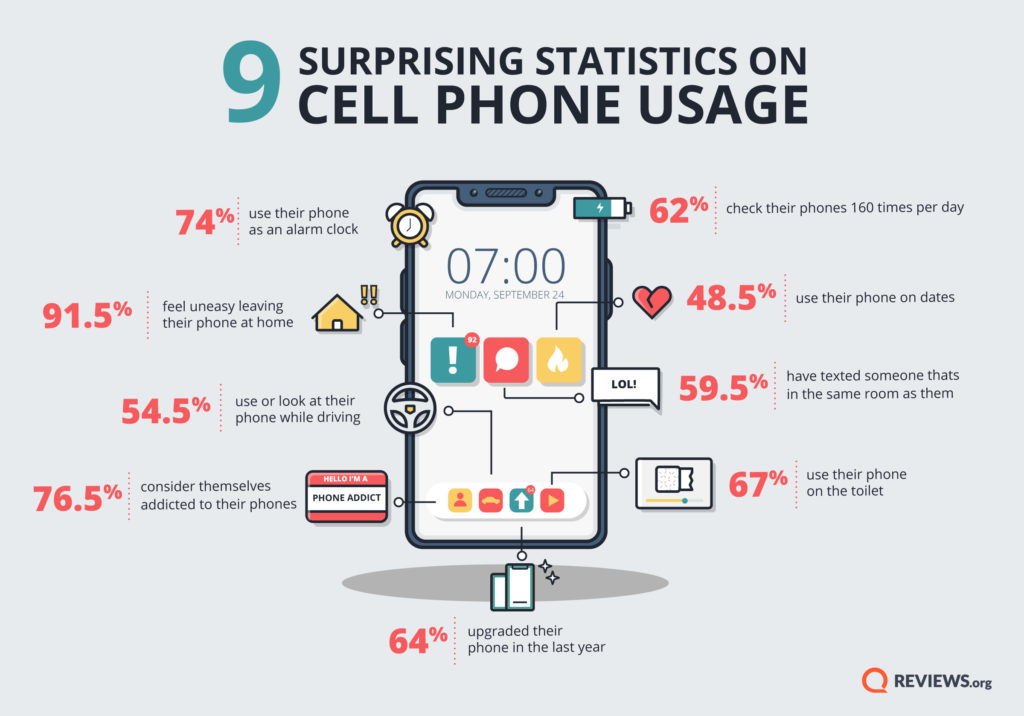 As the generation wars wage and older people and younger people remain ever-divided on key issues, we wanted to find out if they’re also divided on smartphone use. Sure, younger generations grew up with technology and treat their phones better than their own children. But how do older people feel about their digital pals?

Turns out, older people and younger people have some similar habits and opinions about smartphones. A surprising divide was actually between how men and women use their phones. Oh, and also what one guy from New Jersey does with his.

We researched popular questions about cellphone usage, including ones about private or potentially embarrassing behavior. We then conducted an anonymous survey of 200 men and women between the ages of 18 and 54+.

Our youngest group (18-to-24-year-olds) and our oldest group (over-54-year-olds) had a surprising amount in common. The majority of both groups stated:

When we sent out our survey, we expected to see some pretty big generational and gender differences in the way people use their phones. But while the gender differences are interesting, we were most surprised to find out how similar older and younger people’s phone habits are. For example, how both older and younger people feel they are addicted to their phones, and how both groups of people feel about using their phones on dates. Turns out the technology gap might be smaller than we thought.