5 Ways to Protect Your Sliding Door

https://www.reviews.org/smart-home/protect-sliding-door/
It shouldn't be easy to just slide into your house, so we offer up some thoughts on how you can stay safe with a sliding door.
January 31, 2018 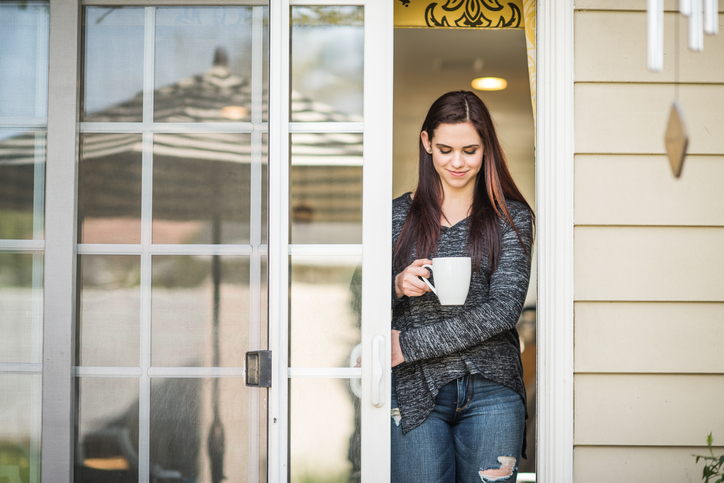 Who doesn’t want a house flooded with natural light? I know I do. But the glass that allows light to enter, is part of the problem.

Burglars typically don’t want to draw attention to themselves but there have been cases of thieves smashing patio doors for entry. One of the easiest ways to secure this part of your door is to apply a window film.

There are films that you can apply on your own or you can have the film professionally installed. You can buy film at a hardware store or you can buy security film from 3M.

The 3M films require professional installation but offer impressive performance. What I like about them is that they blend with the door’s glass where other films, like the one I tested, look like a shower curtain. The film basically makes the glass shatter proof and holds all the shards in place. If a burglar tries to smash the glass, he will be successful, but he will not be able to get through the film. The film will remain in place protected by multiple shards of glass.

Of course window film only protects from broken glass and there are other vulnerable areas.

Another way to protect against glass breaks is by using a home security system.

Alarm systems come with sensors including glass break sensors. These sensors can detect the sound glass makes when breaking. If a sound is detected, the system can either send an alert to you or your monitoring center. If you have a video surveillance system attached to your security system, this can trigger the camera to record any activity happening so that you can have video evidence for the police.

Another sensor commonly used in home security is a door / window sensor. This will not help if someone breaks glass but it will help if someone is able to force the door open as the sensor monitors for open/close movement. If the door is opened, your alarm will sound and will call for help.

THREE: ADD A ROD IN THE TRACKS

Some sliding doors come with a metal rod for added security. If you are lucky enough to own a door with this option, use it! It can help reinforce the door from forced entry. If your door does not include a rod, adding one is an inexpensive fix.

You can buy a wooden dowel from Lowes, Home Depot, or your local hardware store. This is a good option as it protects against forced entry but it also protects you from lock pickers.

The locks on patio doors are not very secure. If you have the option, it’s best to purchase a door that does not have a lock accessible from the outside.

Other options like LOCKiT! can be purchased from hardware stores for around $30.00. It can be self-installed and works like a deadbolt for sliding doors.

FIVE: USE AN ARMOR LATCH

Armor Latch protects against multiple types of break-ins. It protects against thieves prying the door open, lifting it off of its tracks, and lock picking. In fact, it can be used in place of a rod placed in the tracks. The system is similar to LOCKiT! in that it is self-installed and works much like a deadbolt. It uses a dual locking system and hardened steel locking pins to hold the sliding door to the wall frame.

What I like about Armor Latch is that it’s available in multiple color options and blends in well with existing doors so it doesn’t change the aesthetic of the door. The Armor Latch is $29 and takes 10 minutes to install. Though I haven’t used this product, I use other Armor Concept products in my home and really like them. In fact, if you want to secure your front door, check out my the EZ Armor product.