Everything the budding cord-cutter needs to know about HD antennas

I'm going to get into how HD antennas work, why you might be having trouble with them (if you are), and a few HD antennas to consider buying.

So let's dive in!

What are HD antennas?

An HD antenna is a device that's designed to pick up the signals being broadcast by local stations. We've gotten so used to cable and satellite—and now the internet piping content directly into our homes—sometimes we forget that around any given metro area, there are signals floating around in the air. Signals just waiting for you to pipe them right into your TV.

That's what an antenna like this does. This one's an indoor antenna meant to go in a window usually. But there are also outdoor antennas, which are more sophisticated versions or sometimes the same thing as the ones that you had on your roof in the '70s or '80s or '90s. Either way, you'll usually see them marketed as HD antennas. So why do people get so upset when I call it an HD antenna?

Well, it's because the marketing term is just that, a marketing term. The antenna itself is just a collection of somewhat specialized wires arranged to pick up the signal being broadcast from a nearby transmitter. It's the signal that determines whether something is HD or not.

So what gives? Why are the antennas called HD antennas? Well, I'm not privy to the meetings these companies have, but my guess is that it stems from the confusion that cropped up about 15 or 20 years ago when HD channels were first introduced and then they became more widespread.

A lot of people weren't sure what they were going to get. Is this channel in HD? Is this one in standard definition? It was a big advertising point for cable and satellite providers to say they had 20 or 30 or 50 HD channels. In some places it still is, honestly. Well, anyway, when the local channels started broadcasting in HD, it was a chance for antenna makers to reassure customers that if you buy this product, you'll get HD channels. Yeah. It's slightly misleading again, because it's not the antenna that determines that.

But frankly, in the vast history of advertising malpractice, I don't think it's that big a deal. But I will admit it would be more helpful if they'd advertise two other terms a little more prominently: VHF and UHF.

The benefits of HD antennas include low cost, low hassle, ease of moving, and access to a lot more channels than you’d think. Here are three worth checking out.

3 HD antennas worth checking out

What are VHF and UHF?

Now, again, this is a 101 approach, so I promise I'm not going to go into the weeds on this, but hang with me a little bit here. VHF stands for very high frequency and UHF stands for ultra-high frequency, and you can talk about which band a channel is broadcast on. This is an oversimplification in today's broadcast world, but you can still think of it this way.

Channels two through six are on the low VHF band or LO-V. Channels seven through 13 are on the high VHF band or HI-V. Everything above 13 is UHF. Antennas are optimized to pick up a specific band. For a long time, these HD antennas have concentrated on the UHF band. Now, there are good reasons for that, by the way, but it does get a little bit technical. So I'm going to kind of skip past that.

So concentrating on the UHF band, and not optimizing an antenna to also pick up VHF, means that there are some channels that the antenna either won't pick up at all—or just won't pick up very well. Now, in some areas, that's not going to matter very much. I'm in the Salt Lake City area and I can go to the FCC's website and see that just about everything being broadcast around me is in UHF. So no problem, these antennas work great. But if I'm in another city, the story might be quite different. If you want to know which bands your local channels are broadcasting on, check the description below for a link to that FCC page.

Now, one last note on this. The FCC, for the last few years, has been auctioning off certain frequencies and rearranging where on the bands some channels are broadcasting. Now that process started a couple of years ago and should be finishing up now, actually, July of 2020. So if you've been using an antenna for a while and certain channels have been acting up, make sure you're re-scanning every once in a while so that you're picking up the right channels.

Why do I still call it an HD antenna if it's not the antenna that's in HD?

If you're searching for the right antenna, then you can go check the FCC website that I mentioned and determine if you need to add more search terms like UHF, VHF, HI-V, LO-V, indoor/outdoor, amplifier, and so on. That page is your best friend if you're serious about getting your local channels.

Again, I put the link down below. And by the way, if you do want to see which HD antennas are the best, I've done a couple of videos on that. That's in the description below, or I think I can put something right up there. And last of all, by the way, if you want to avoid the antenna issue entirely, you can use Locast. It's a non-profit that lets you watch a lot of local channels over the internet, depending on your location, but that's a subject for another day. We'll dive into that deeper later.

How to get the most out of your HD antenna

Getting the most out of your HD antenna boils down to two things: getting the best reception possible, and getting the right DVR to go with it. And that's what we go over in this video. There are lots of tips and tricks to try to get the best reception you can, from visiting the FCC's website to throwing your antenna on the floor (seriously), so watch on!

There you have it! I think we've covered just about everything we need to in a 101-level article about HD antennas.

* Amazon.com price as of 9/5/20 1:36 p.m. (MST). Product prices and availability are accurate as of the date/time indicated and are subject to change. Any price and availability information displayed on Amazon.com at the time of purchase will apply to the purchase of this product. Reviews.org utilizes paid Amazon links. 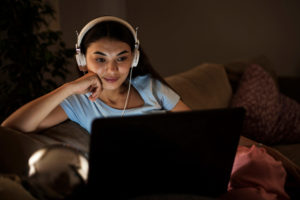 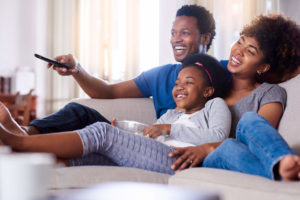