https://www.reviews.org/safety/can-burglars-cut-alarm-systems/
A New Orleans burglar cut the wires before breaking into homes with wired security alarms! Learn steps you can take to prevent this from happening to you.
April 11, 2018 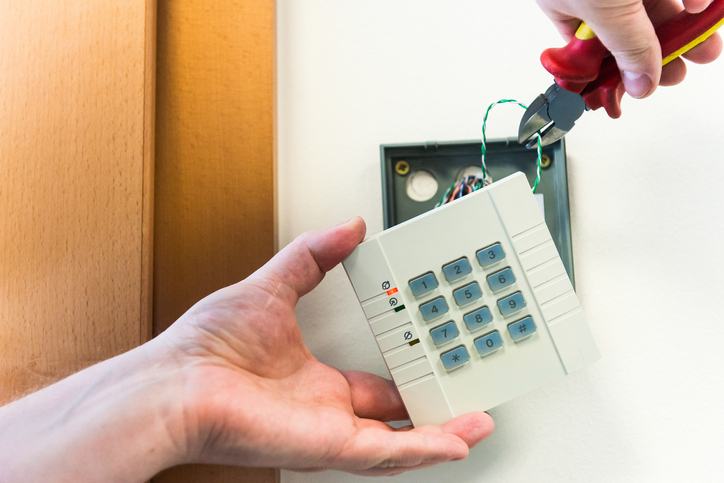 A burglar in New Orleans is picking his targets. Do you want to guess who he is targeting?

If you guessed elderly couples, you would be wrong. This gutsy villain stays in business by targeting homes protected by wired alarmed systems. Cutting alarm wires is not a new concept. It’s a scenario depicted in Lifetime movies of today and yesteryear. So why do we continue to let this happen when technology has clearly surpassed the crime?

“It’s very inexpensive to add cellular to your alarm, and if you do have someone attacking your phone lines, they can’t attack the cellular.”

He is right on both matters. They cannot cut the wire to your wireless system because it’s wireless. That is part of the beauty of a wireless system. Most companies now create wireless systems that have redundant features such as smash and crash protection. To his second point, no matter what your budget is you can easily move into a wireless system if you are currently paying for a wired system. You can even ask your existing company if they would be willing to upgrade your system for you if you extend your current contract.

I can be quoted as saying that a well placed security sign is an important part of building a total home security solution. I still agree with myself but it’s not always the best idea. You don’t necessarily want to advertise that you have an old wired system that can be defeated. Also, if you have a completely self-monitored system you may want to question if a sign is helping or hurting your security plan. An alternative plan would be purchasing a generic security sign off of the web. A generic sign is an excellent warning that doesn’t give away your secrets.

Turn Your Alarm System On

I cannot believe how many successful robberies occur in homes protected by alarm systems. More often than not, they occur because a homeowner failed to turn on the alarm. If the problem is forgetfulness, one solution would be placing a reminder sign on the door you generally use to exit your house. If the problem is difficulty, another solution would be to switch to a self-monitored system that you could leave on 24/7.

Most criminals are habitual and they can’t stop if something is working for them. If your home is robbed once you are at a greater risk of being robbed again. If a criminal has figured out a way to disarm systems and his method is working you can bet he is going to repeat the same system. As homeowners we can take advantage of their stupidity by creating multifaceted security plans and by being quick to change should the unfortunate happen.

Do you use wired or wireless to protect your home?