Disney Plus is now available on Telstra TV

The addition of Disney Plus bolsters the device’s healthy line-up of streaming apps. 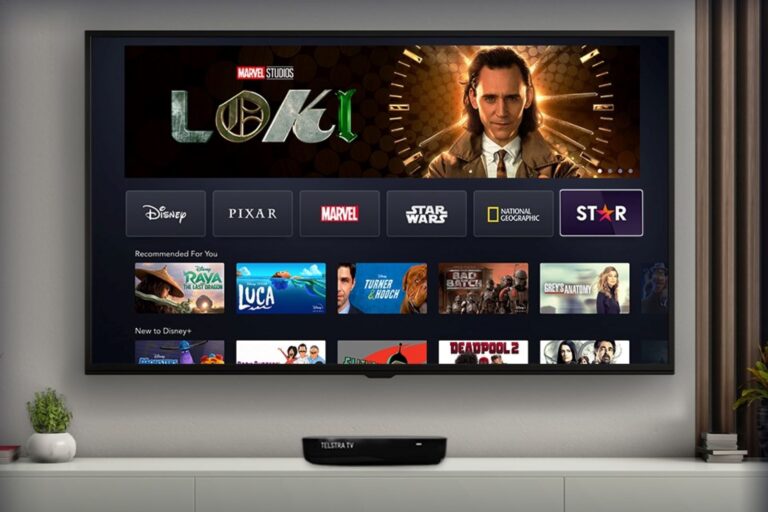 Disney’s popular streaming app is finally available on Telstra TV. Those who have purchased or bundled the rebadged Roku box from Telstra will be able to stream the growing library of Disney Plus originals, like Loki, The Mandalorian and Wandavision, as well as everything added with Disney Plus Star.

Disney Plus joins a healthy line-up of apps and streaming services that are available on Telstra TV, such as Netflix, Stan, Kayo, Binge and Amazon Prime Video, as well as more niche services like hayu and newcomer BritBox. It’s not as comprehensive as what you’ll find on popular streaming devices like Apple TV and Google Chromecast but it’s getting close. There are now only a few major streaming apps that still aren’t available on Telstra TV, such as Apple TV Plus and horror streaming service Shudder.

Here’s the complete list of apps available on Telstra TV

How do I get Telstra TV?

Telstra TV is available through Telstra as an outright purchase for a one-off payment of $216 or as an add-on to any Telstra plan for $9 per month over 24 months. Here’s a quick look at some of the most popular plans you can bundle a Telstra TV with.