PlayStation 5: Everything you need to know

Every little detail you need to know before buying Sony's latest console.

Sony's PlayStation 5 (PS5) released on the 12th of November 2020 after a series of delays pushed back the official reveal and launch date. Now that we've had over six months with the latest generation of PlayStation consoles, let's revisit everything you need to know about its games, price, availability and specs.

Looking for more of our local coverage on the PlayStation 5 and Xbox Series X? Check out these guides.

PlayStation 5 review: Is it worth it?

In this guide, you'll find all the need-to-know information on the PlayStation 5 about pricing, availability and games but if you want our full analysis of the console itself, head over to our PlayStation 5 review. In short, the PlayStation 5 met and exceeded almost all of our expectations. As reviewer Nathan Lawrence writes, the "PlayStation 5 is a strong continuation of Sony's last-gen dominance," praising the console's fast load times, gorgeous graphics and next-gen controller above all else.

After a long stalemate between Microsoft and Sony, Microsoft was the first to cave, announcing the price of its Xbox Series S and Xbox Series X a week before Sony announced local Australian pricing for the PlayStation 5 and PlayStation 5 Digital Edition.

Pre-orders sold out at a break-neck pace when they first went live on the 22nd of September 2020. Unfortunately, 2021 hasn't been much kinder to PlayStation 5 hopefuls as global stock shortages have persisted (and will continue to persist) throughout the year. While more stock has been released sporadically throughout 2021, pre-orders continue to sell out within minutes.  Sony has reportedly informed analysts that its stock shortages will likely continue into 2022 (Bloomberg). While there have been bona fide component shortages that have limited the production of units, the situation hasn't been helped by scalpers and opportunistic online retailers like Wish and Expansys that are selling PlayStation 5 consoles at an inflated price (as high as $1,502 from Wish).

When stock is available, you'll be able to find it at Amazon, EB Games, JB HI-FI, Target, Big W, The Good Guys and Sony's online store. You can also sign up for stock availability updates via Sony's landing page.

The Xbox Series S, on the other hand, has some notable downgrades from the Series X, which help drive the price down.

We learned a lot more about the PlayStation 5's technical specs before we ever even got to see it with our own two eyes. Take a look at the raw specs below if you want to know what the PlayStation 5 is packing under the hood.

When did the PlayStation 5 release?

Both the PlayStation 5 and the disc-less PlayStation 5 Digital Edition released on the 12th of November 2020 here in Australia through the usual suspects: EB Games, JB HI-FI, Amazon Australia, The Gamesmen etc. As detailed above, pre-orders and subsequent stock refills have sold out in minutes and at the time of writing, it's still just as difficult to get your hands on a console mid-2021 as it was late 2020.

Let's take a brief tour through the PlayStation 5's architecture and pull apart the jargon and technical terms to decode what each upgrade means for the everyday user.

What is ray tracing on PS5?

The current console generation has been defined by a few key buzzwords; teraflops, SSDs and 8K, just to name a few. Still, none are more exciting than ray tracing, a significant graphics upgrade coming to both the PlayStation 5 and Xbox Series X.

Ray tracing is the latest advancement in light and shadow rendering. Ray tracing technologies used in video games, TV, and film simulate and track every ray of light in a scene. It takes a light source and uses an algorithm to trace that light and calculate how light interacts with the in-game environments and character models.

In short, it makes lighting and shadows in games seem much more natural and lifelike, which goes a long way in reproducing realistic graphics.

You can learn more about it in our guide to everything you need to know about ray tracing.

Thanks to NVIDIA's RTX graphics cards, PC gamers are already privy to the benefits of ray tracing. But ray tracing requires a lot of computational power, which is why we haven't seen it in consoles before 2020.

Unlike the HDR upgrade of PlayStation 4's mid-gen jump to PlayStation Pro, the difference made by ray tracing is night and day.

Take a look at NVIDIA's in-depth video on ray tracing in Cyberpunk 2077 in the video below to see the results for yourself.

In addition to the core PlayStation 5 console, Sony released a disc-less, digital-only version for those looking to save a bit of dosh on their console purchase. The PlayStation 5 Digital Edition is a budget alternative that competes with Microsoft's digital-only console, the Xbox Series S. However, there's a key difference between the budget models. The PlayStation 5 Digital Edition only loses the disc drive without making any other compromises whereas the Xbox Series S cut some other corners to trim the price back, such as less RAM, less internal storage and no 8K support.  On the plus side, the Series S is also 60% smaller and runs Game Pass, Microsoft's subscription-based game library, and also happens to be the cheapest console in the current generation.

When the Digital Edition was first teased, we had high hopes that PlayStation might be finally ready to compete with Game Pass in Australia but it's yet to offer a serious competitor. PlayStation 5 owners with a PS Plus subscription do have the PS Plus Collection, a library of first-party PlayStation 4 classics but it's not quite the same value offering and Sony hasn't shown much interest in expanding the collection. 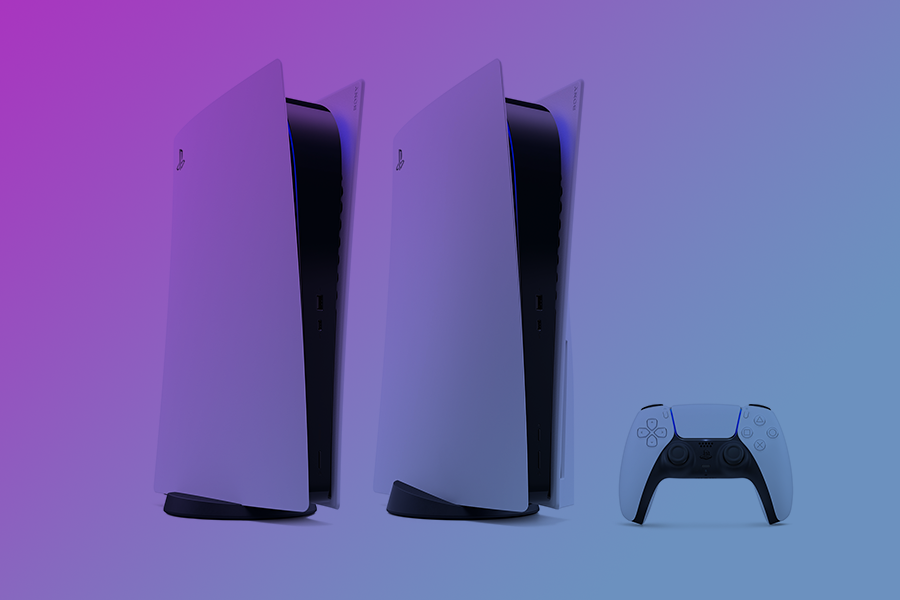 What is the PS5 SSD (Solid State Drive) and why does it matter?

Next to ray tracing,  the SSD (Solid State Drive) in Sony and Microsoft's new consoles is the next most significant tech upgrade.

The only issue with the internal SSD is its limited 825GB storage. It might seem like a lot but recent titles like Cyberpunk 2077 and Call of Duty have unprecedented file sizes and fill up the storage fast. Sony has confirmed that you will be able to expand your internal storage using the empty M.2 expansion slot by mid-2021 via an upcoming firmware update but at the time of writing your only option is to use an external drive if you need more space.

At launch, Sony said the "100 most-played" PlayStation 4 games run smoothly on the PlayStation 5, but not every single game has been tested. Due to the significant power boost in the PlayStation 5, it's hard to say with confidence that every title will run as expected but if you already own the titles, it's worth trying out.

If you've already burned through the best, you're probably wondering what's on the horizon for PlayStation 5 exclusives. Here's a shortlist of games announced for the latest Sony console: 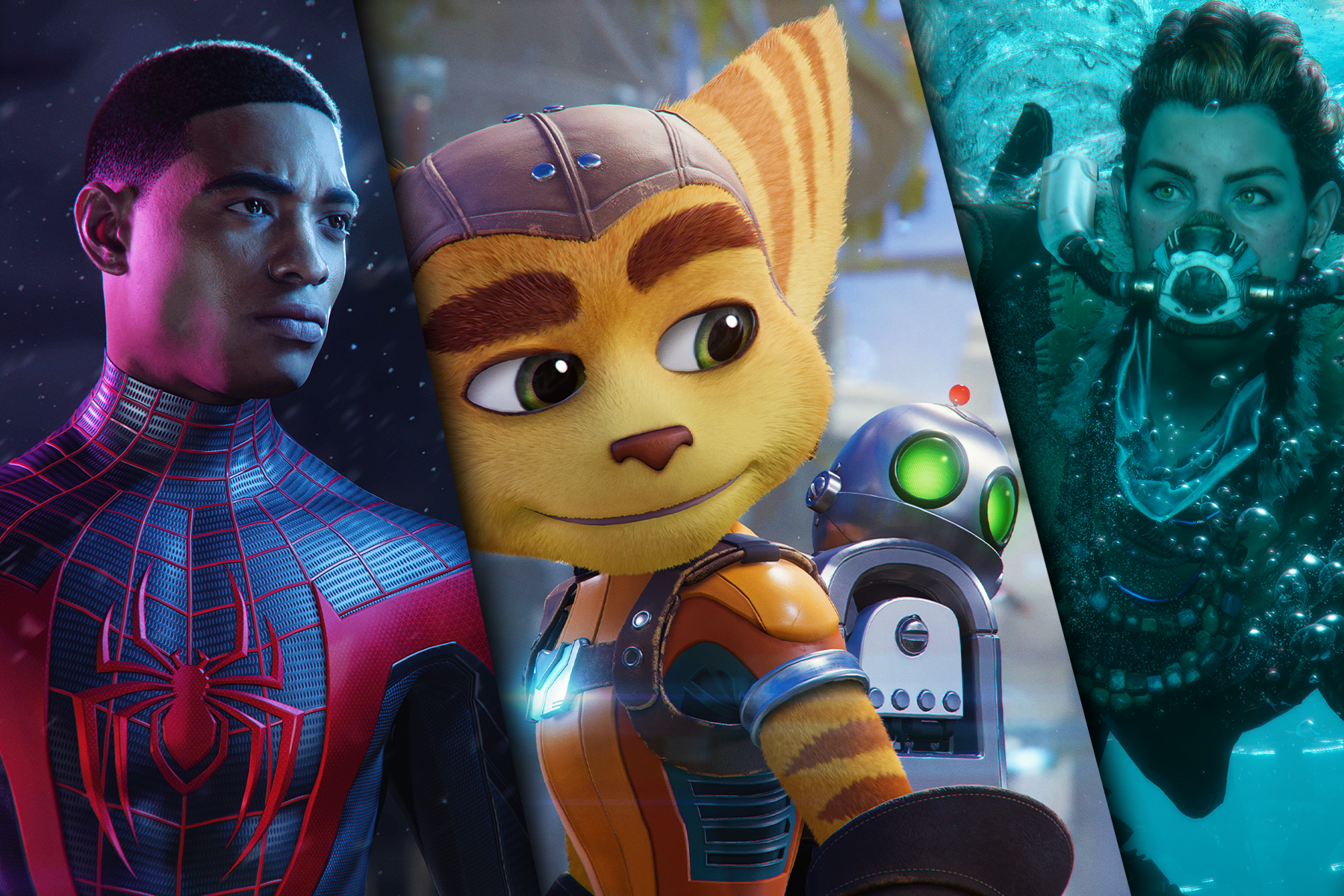 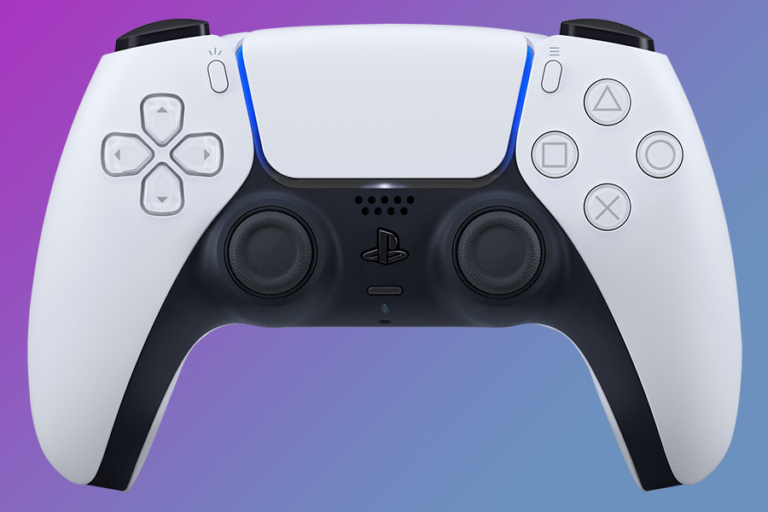 Besides the feedback improvements, there are also a few more design changes. The lightbar is now positioned on the front of the controller, and the DualShock 4's Share button has been replaced with a Create button (though it ostensibly offers the same functionality). There's even an in-built microphone array, so even players without headsets can jump into party chat.

Lastly, and most importantly, the DualSense 5 charges via USB-C, rather than micro-USB, which became a particular pain point for PlayStation 4 users as the console began to show its age.

The PlayStation 5 DualSense controller is retailing at $109.95 in Australia and, unlike the console it connects to, you can actually find stock at most retailers.