Alienware's first OLED monitor has a lot to offer. 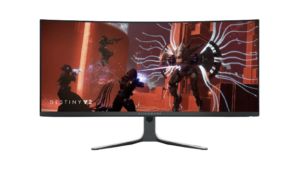 The Alienware 34 Curved QD-OLED is big and curved enough that it takes some getting used to, but it's easy to get addicted to having a monitor that looks as good as this one.

Alienware was one of the first gaming brands to embrace OLED, incorporating it into the Alienware 13 line back in 2016. However, in the seven years since that face-lift, OLED has remained a rarity on desktops everywhere. Aside from buying a full-blown TV (like the LG C2) rather than a monitor, OLED options for PC gamers have been extremely limited. 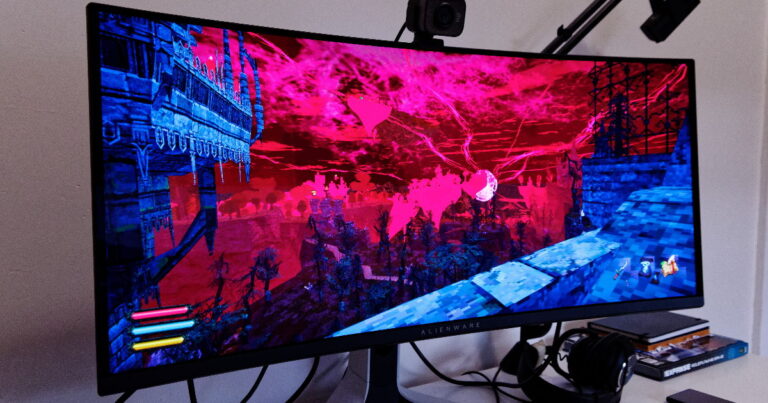 How much does Alienware 34 Curved QD-OLED Gaming Monitor cost in Australia?

In Australia, the Alienware 34 Curved QD-OLED gaming monitor can be found for around $2299.

This works out to be more than double what you'd pay for an entry-level or even mid-range gaming monitor nowadays, though that does depend on the brand involved. It's not quite as expensive as something like Apple's luxury-grade Studio Display, but the Alienware 34 Curved QD-OLED Gaming Monitor's high asking price is going to be hard to overlook for most.

Check out the table below for a round-up of pricing from local resellers and retailers.

Elegant assembly and plenty of ports 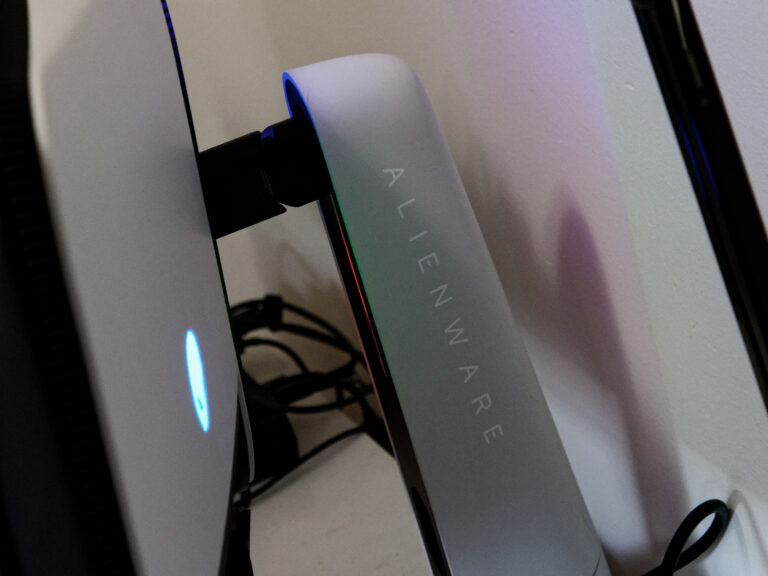 Right from the moment you gaze upon the gargantuan rectangular box it arrives inside, there's little doubt that Alienware's first OLED gaming monitor is a big deal.

The packaging itself is enormous, and the monitor itself is not much smaller. At 34-inches, the Alienware 34 Curved QD-OLED gaming monitor is larger than the average desktop display. Even if it's not as large in scale as something like the Samsung CRG9 or its successors), it's only a little less intimidating when it comes to presence.

Thankfully, assembly for the Alienware 34 Curved QD-OLED is as straightforward as these things come. After unboxing the main panel, you simply snap the two halves of the stand together and then slide the monitor on. There's minimal hassle involved, and the whole process takes something like five to ten minutes.

The mounting system for the Alienware 34 Curved QD-OLED itself provides a surprising (and impressive) amount of flexibility. You can adjust the angle and height of the screen with relative ease, though rarely by accident. The stand design itself is sometimes a little stubborn, requiring more force to shift than you'd expect. This stickiness works in Alienware's favour. Mostly.

The same can be said of the curved form factor here. Finding a half-decent perch for my webcam was a little bit tricky, but that's not an unusual trade-off for curved displays like this one.

I'm usually more partial to ultrawide monitors than their ultra-bendy counterparts, and while the Alienware 34 Curved QD-OLED does look slick enough that I can't complain too much about it, I can't say it shifted my overall outlook. I'm sure there are some great use cases out there for curved monitors like this one, but they rarely overlapped with my own.

This is actually one of the few caveats to be counted here, and if Alienware had a 27-inch flat-panel version of this specific monitor, I probably wouldn't hesitate to recommend it. Not everyone needs a screen this big.

As with Alienware's other laptops and monitors, the Alienware 34 Curved QD-OLED comes wrapped in  science fiction-inspired looks and LED lighting. It's not as aggressive as something made by Razer, but the design here definitely holds your attention and acts as a natural centrepiece of your desktop.

When it comes to ports, the Alienware 34 Curved QD-OLED boasts more than the average monitor. This practically helps offset some of the premium you're paying for the high-end hardware. The back of the monitor features a quartet of USB Type-C ports, two HDMI ports, a DisplayPort and even a headphone jack.

In addition to the above, there's also an omnidirectional button on the underside of the Alienware 34 Curved QD-OLED that's used to tinker with brightness and other settings. It also allows you to toggle between the various modes, from dedicated genre-specific profiles (MOBA, FPS, etc), and modify the LED lighting on the exterior of the monitor. This is all relatively intuitive, set and forget.

Quantity can sometimes be a quality in its own right 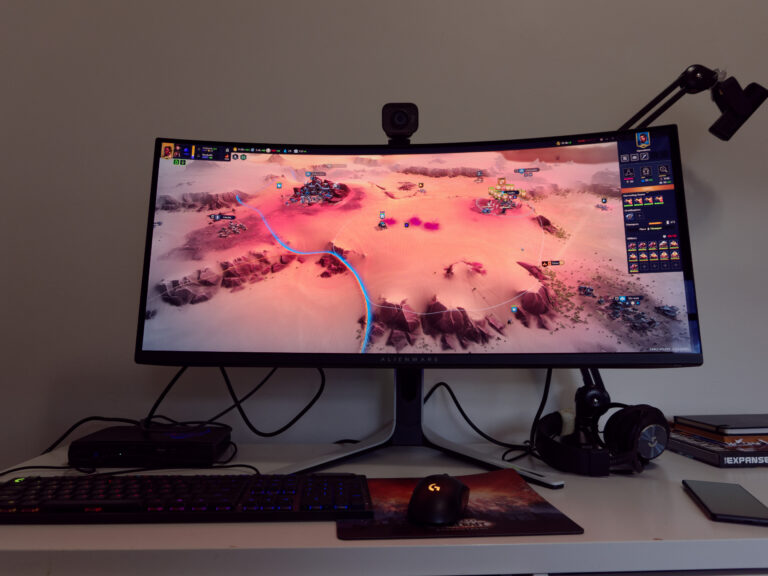 While there's a lot of diversity when it comes to the gaming monitor market, most brands are building products with the same underlying fundamentals: an LCD screen and an LED backlight. The resolution, refresh rate, colour accuracy and size might vary, but the aforementioned foundations typically don't.

The Alienware 34 Curved QD-OLED gaming monitor is built from stronger stuff, with its biggest strengths derived from the difference in tech powering it. While technically-minded TV shoppers may be familiar with the benefits of OLED, many others may not. Compared to a traditional LCD-LED screen, an OLED screen offers the potential for higher, sharper and better contrast.

In the case of the Alienware 34 Curved QD-OLED gaming monitor, much of that potential is visibly realised. The difference in the sharpness and brightness compared to the Samsung monitor I usually rely on was immediately noticeable. This was even more pronounced with darker content, as that better shows off the inky and perfect blacks that OLED-based screens are able to deliver.

Alienware's first OLED monitor was also bright enough that the glare that sometimes plagues OLED screens didn't prove to be an issue. Of course, OLED only accounts for half (well, two-thirds) of the puzzle here.

The screen on the Alienware 34 is also coated in quantum dots.  Most commonly associated with Samsung's QLED offering, quantum dots are nanoparticles that work to convert light from blue LEDs into more saturated and vivid primary colours. This property enables them to offer a more colour-rich final result than would be possible on a more conventional display.

While this is a less significant inclusion than the benefits of OLED overall, the effects of the quantum dots in the Alienware 34 Curved QD-OLED are probably a lot more noticeable. Everything you use this monitor for has a little bit more visual oomph to it, which is easy to like and even easier to take for granted once you get used to it.

It's worth noting that OLED screens do have something of a sworded history when it comes to burn-in. I didn't encounter any such issues during my time with this monitor, but burn-in tends to be a longer-term issue so that's not really a shocking surprise.

Every time you boot up the monitor you'll be prompted to issue a panel refresh, which takes a few minutes, but if that's enough peace of mind, the Alienware 34 Curved QD-OLED also comes with a 3-year warranty that explicitly covers potential burn-in.

Arguably, the best part here is that the visual benefits of both the quantum dots and OLED backlight are that they aren't specific to any particular use case. You're going to reap just as much value from them with indie games like Gloomhaven and Dread Delusion as you are from cinematic and HDR-optimised titles like Elden Ring or Death Stranding. Even just watching video content on Netflix or YouTube looks significantly better than it would on a screen just as curved but lacking in OLED and all the rest.

While the Alienware 34 Curved QD-OLED is big and curved enough that it takes some time to get used to, it's good enough that you learn to love it soon enough. It's dangerously easy to get addicted to having a monitor that looks quite this nice.

Is the Alienware 34 Curved QD-OLED Gaming Monitor worth buying? 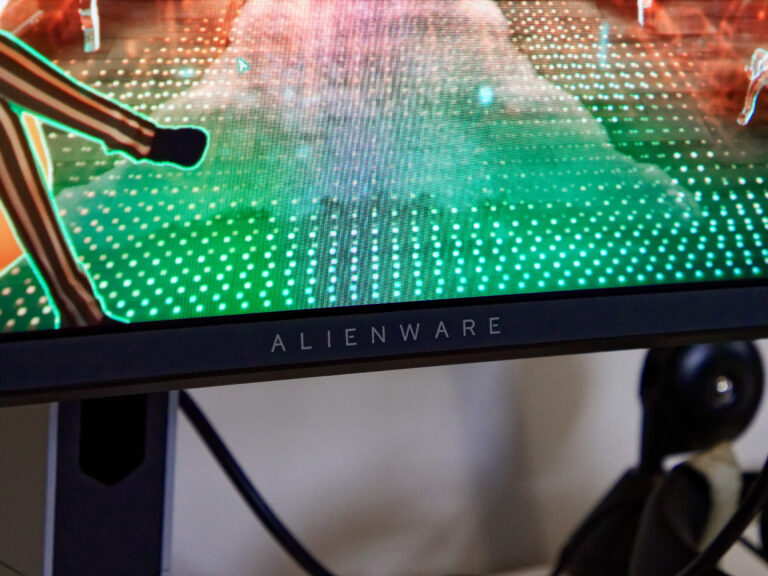 Alienware's first OLED monitor isn't cheap, but it does tick all the boxes. The end result isn't just one of the best gaming monitors you can buy right now, it's a contender for best-looking monitor period.

A gorgeous QD-OLED panel turns specs that would otherwise be routine into something revelatory. Unless you're wedded to the idea of a 240Hz refresh rate, a specific colour accuracy spec, and the productivity promises of Apple’s Studio Display, what's on offer here is hard to beat.

While some may curb their enthusiasm for the notion of living with a curved form factor, everyone else will come away thrilled with the Alienware 34 Curved QD-OLED.