What Is a VPN and Why You Should Use One

https://www.reviews.org/internet-service/what-is-a-vpn-and-how-do-i-use-one/
VPNs can help protect you and your private data online—especially on public Wi-Fi. Read our guide to what a VPN is, why you should use one, and the top VPNs.
December 20, 2019

VPNs are affordable, legal, and a great way to keep your internet activity (mostly) away from prying eyes.

Have you ever cracked open your laptop at Starbucks to get some work done on the public Wi-Fi connection?

It’s always a good idea to protect your online privacy, even if you’re not on public Wi-Fi. And virtual private networks (VPNs) are an easy way to add an extra layer of security so you can surf the web in peace. 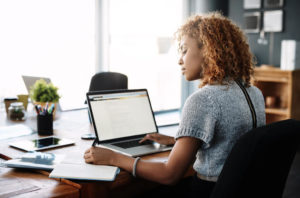 What is a VPN?

Encryption is a high-tech way to convert all your information into a secret code. Only the person (or computer) with the key to the code can read it. And because VPNs encrypt all of your information before you even access the internet, not even your ISP can see what you’re doing online.

What's an IP address?
An IP address comes from your internet provider. It’s an exact address that attaches to everything you do online, whether that’s googling cat photos or emailing your boss. That also means that every online place you visit knows exactly where you’re located thanks to your IP address.

VPN servers can be located in different cities in the US—or even in different countries like the UK, Sweden, or Germany. This helps protect you from advertisements targeting certain geographical areas. And since the VPN makes it look like you’re surfing the web from a flat in England, it’s also possible to bypass region restrictions on certain sites.

You can almost think of a VPN like a goalie protecting its turf—in this case, your computer and private data. When another player tries to track your internet activity or gain access to your info, the VPN blocks it. The only ones who get to know what you’re doing online are the VPN and whatever website you’re visiting.

What's a server?
A server is essentially a big computer that stores a lot of data. Every website in existence is stored on some server somewhere and all those websites’ servers put together help make up the internet.

What VPNs can’t do

Even if you use a VPN, there are still ways for companies to track your path across the internet even after you’ve left their sites.

One example is cookies, which create a sort of user profile when you visit a site and allow that site to follow you around on your online journey. (But you can easily delete cookies whenever you want.)

It’s also important to remember that most VPNs operate on a for-profit basis, meaning they need money to survive and continue selling their services. They also have to follow any laws or restrictions the country they’re based in imposes. That potentially includes subpoenas and warrants.

Heads up
Using a VPN can slow down your internet connection a bit because it has to route through an additional server. They also don’t work well with satellite internet.

Is a VPN legal?

Short answer: yes, but not everywhere. VPNs are legal in the US, Canada, and most other Western countries.

There are some countries where VPNs are totally banned—mostly countries with super-restrictive governments like Iran, North Korea, China, and Russia.

Warning: VPNs don't make illegal things OK
Even though VPNs themselves are legal, that doesn’t mean you can use them to do absolutely anything you want. You shouldn’t use a VPN to do stuff online that’s against the law or against a user agreement, like buy drugs or access streaming content that’s not available in your area.

Illegal things are still illegal, and violating your user agreement is a good way to get your streaming service shut down.

Keep in mind, the legality of your VPN depends on where you are at any given moment, not where you’re from. You can’t hop on your VPN during a vacation to Pyongyang just because it’s legal in your home country.

We also mentioned that VPN providers have to follow the laws of the countries they’re located in.

How to choose a VPN provider

Different VPNs use different methods to keep your data away from the baddies. And, surprise surprise, some of these methods (called “protocols”) are more secure than others.

You don’t need to know the technical details of how each protocol works (unless you really want to). You just need to know which ones are the most secure.

Point-to-Point Tunneling Protocol (PPTP): PPTP is one of the oldest protocols around—Microsoft developed it in the 1990s. PPTP gives you a really fast connection and it works even on older devices. But its security isn’t the best—it can be cracked.

Layer 2 Tunneling Protocol with IPsec (L2TP/IPsec): L2TP/IPsec is a little bit newer than PPTP, and it’s more secure, but it’s also slower. Some websites that use firewalls might also block your L2TP/IPsec connection, which is annoying.

Secure Socket Tunneling Protocol (SSTP): SSTP is super secure but works only on Windows devices, so you can’t use it on your Macbook or iPhone. On the bright side, SSTP doesn’t get blocked by firewalls as much as L2TP/IPsec.

Internet Key Exchange, Version 2 (IKEv2): You can use IKEv2 on basically any device (except Linux-based systems) and it’s very secure. It’s also faster than some other protocols like L2TP/IPsec.

Advanced Encryption Standard (AES): AES is recommended by governments and cybersecurity experts, including the NSA. It’s typically used with 256-bit keys, which means it has 2^256 potential key combinations. Yow!

OpenVPN: OpenVPN uses open source code, meaning that it’s constantly analyzed and updated by cybersecurity experts worldwide. Chances are that when a new bug is found, OpenVPN is updated first.

You can look at various VPN providers and see which protocols they use. Keep in mind, which ones you can use will also depend on what type of device you have.

One more thing: when you look for a VPN provider, it’s best to choose one that keeps “no logs.” That means it doesn’t keep any records of who you are or your online activity.

If your VPN provider does keep logs, then there’s a record of you somewhere in the world and it could potentially get out.

Should you use a free VPN?

There are some free VPNs, but we recommend paying for one if you want to ensure your data is kept secure and your VPN provider isn’t selling it on the side. VPNs are usually not very expensive—most cost less than $10 per month.

Our picks: The best VPN providers

Recap: Should you use a VPN?

You should use a VPN to protect your privacy from hackers, search engines, companies, or anyone else you don’t want watching you on the internet. Especially if you use public Wi-Fi at the airport, Starbucks, library, or elsewhere. VPNs stand between you and the websites you visit so your data isn’t as vulnerable to leaks and theft.

We recommend the following five VPNs based on the type of encryption they use, whether they keep logs, and the country they’re based out of.

We recommend installing your VPN service directly on your router so it covers your entire private network, and you should definitely use a VPN anytime you use a public Wi-Fi network to get on the internet.

Do you use a VPN? Do you think it’s worth it for privacy protection? Let us know in the comments!

What's a VPN?
Are VPNs Legal?
How to Choose a VPN
Recommended VPNs
Recap