Here’s how to spot them.

Aussies are pretty prolific online shoppers. According to Australia Post, four in five households made at least one online purchase at some point in 2020, totalling more than $50 billion. And that’s not even including the millions of dollars we all spent ordering online takeaway during lockdown.

So, with so much of our hard-earned cash going towards online purchases, we naturally want to ensure we’re making the right choices. For many of us, that means doing our due diligence and reading user reviews before we click “Add to cart”. But given how easy it is for businesses to buy (illegitimate) positive reviews, how can we know which ones to trust and which to ignore?

Our survey found that 96% of Australians read reviews sometimes or always before purchasing online, and 86% said they read reviews before visiting a restaurant or business.

So, how seriously do we take these reviews? Well, 15% of respondents said they wouldn’t purchase something or even visit a business if its average rating was lower than five stars. On the other hand, 28% don’t trust online reviews at all.

As for why so many people have trust issues with online reviews, 52% of Aussies believe they’ve fallen for fake ones, and 26% of respondents were unable to tell the difference between a fake and a real review. 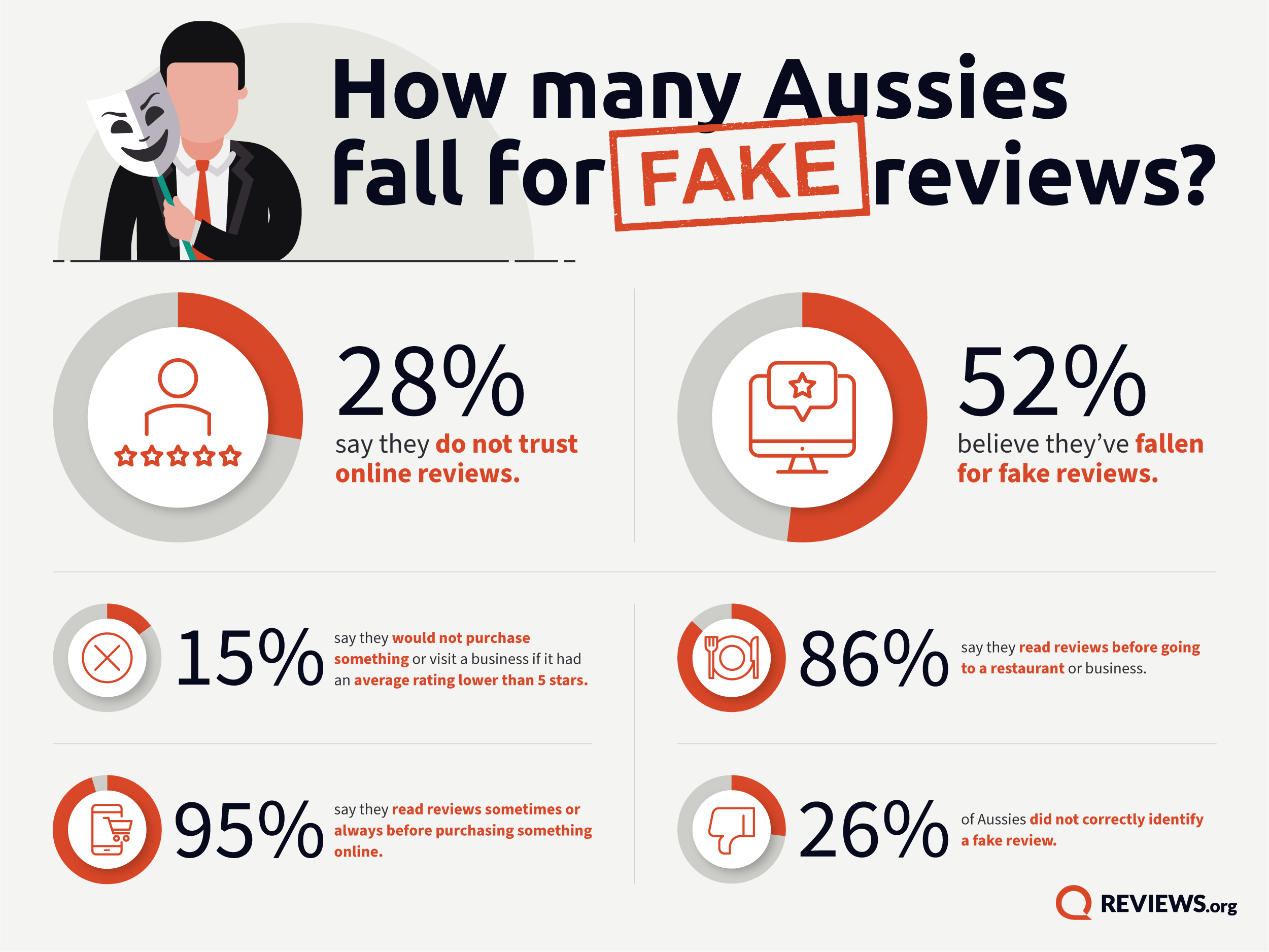 How to identify a fake review

Speaking to Reviews.org, a spokesperson for the Australian Competition and Consumer Commission (ACCC) urges all shoppers to be aware that “not all posted reviews are legitimate”.

So, what should consumers be on the lookout for when shopping online? Here are a few tips:

We surveyed 1,000 Australians about online shopping reviews and fake reviews, then analysed the results for this report.