Apple TV+ is an app to watch (we mean that literally and figuratively). It has great potential now and well into 2021. 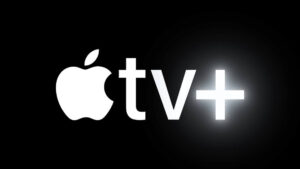 Overall Rating 3.5 out of 5
About 40 shows with tons of variety
Big name stars like Tom Hanks
Apple means business
Did we mention the Foundation series?
View Plan
https://www.reviews.org/tv-service/apple-tv-plus-review/
Apple TV+ is one to watch because this is the most famous company in all of tech. Shows might be sparse now but keep tracking this one.
November 11, 2020

Does it ever feel like you’ve watched every Netflix show ever made? We hear you. While it’s extremely unlikely (there are about 1,500 of them, and that’s just the originals), there is a quick and easy solution to that problem: switch to a different app. Apple TV+ is a salve for the Netflix obsessed, and some of the shows are even halfway decent.

By far the most compelling feature with Apple TV+ is that it’s probably free for many users. If you bought an iOS device recently, you can sign up within 90 days and watch all of the shows and movies for free. Yes, that means the recent Tom Hanks battleship movie Greyhound, the one produced by M. Night Shyamalan called Servant, and a personal favorite called Amazing Stories created by none other than Steven Spielberg.

You see, this is a company with vast financial resources. One estimate suggests the Cupertino tech giant has almost $200 billion in cash reserves—you know, just laying around for a rainy day. In 2021, they’ll drop a fantastic new sci-fi series based on the Foundation books by Sir Isaac Asimov. The teaser trailer is astounding! Tim Cook and crew might become Hollywood moguls in their spare time.

The only chink in the Apple armor is that the Apple TV+ app can be a little confusing at times, the original content is a bit paltry for now, and—this is not Netflix.

This could be big
Apple TV+ is third in line behind Netflix and Amazon Prime at least in terms of potential and upcoming shows.

How much does Apple TV+ cost?

Free for many, low cost for all, and definitely worth it

If you purchased an iPhone or an iPad recently, the Apple TV+ app is completely free for a year—act now or you’ll lose out, because you have 90 days to register. Even if you can’t jump on the free bandwagon, the monthly fee of only $4.99 is worth it.

As we mentioned, Apple TV+ is an alternative to Netflix and Amazon Prime—at least for now. The problem is that there are only about 40 original shows available for now. For $5 per month (or for free), you are placing a small bet on the future. It’s still far cheaper than Hulu, Netflix, and just about every other streaming app except (*cough*) Quibi.

One ding about it: The app can be confusing at times. Some of that is related to Apple’s history. We used to use iTunes to rent and purchase shows. Now we use the Apple TV app. The new Apple TV+ service is part of Apple TV. Oh and there is a hardware product called Apple TV. Confused yet? The other weird thing is that Apple TV+ is so integrated with Apple TV it’s hard to know at times when you are on the service or not. And we haven’t even mentioned the plot of the show Servant. Seriously, what?

*Data effective 11/11/2020. Price and channel inclusion vary according to location.

In terms of added value, one small perk is that you can access other apps within this app. Yes, you have to pay for them, but it’s convenient to add Paramount+ or BritBox with a simple click on your phone, charged to your existing Apple account.

Which devices are compatible with Apple TV+?

Almost everything we tested worked fine, except anything Google

Oh, you are interested in watching Apple TV+ shows on something other than an iPhone or an iPad? How dare you! That would normally be an abomination but—okay, it’s allowed. You can use an iOS device or fire up the app on a smart television (using AirPlay), an Amazon Fire device, the Roku, or the Apple TV set-top box. The major caveat here is that Apple is not exactly excited about having anything to do with Google, so no Chromecast.

Even then, there’s a workaround. Apple TV+ works fine in a browser window on any computer (Windows or Mac). Once you start a show or movie, you can then stream directly to a smart television even without AirPlay. We tried this with a HiSense television that runs Android TV and it worked quite nicely. A built-in app would be much easier to control using the remote, but we’re happy there’s a solution.

On a MacBook, there’s an actual Apple TV+ app, and it worked perfectly, although, strangely, it doesn’t stream to an Android-enabled smart television. That said, because we’re talking about Apple here, you can find the app on most recent Samsung, LG, Vizio, and Sony models. Does it work in your car? Not really, but here’s hoping.

What are the Apple TV+ most unique features?

There’s nothing remarkable about the features, and that’s a plus

Apple wasn’t trying to invent anything new here. The goal seemed to be—let’s create new original content, backfill with a few shows, and make it easy to access and watch. It’s affordable, it’s not elaborate, and it works. When has anyone ever said “affordable” about an Apple product? We’re gonna say never. Overall, it’s a streamlined experience.

If you’ve ever purchased a show or movie from iTunes and watched it on your phone, then you likely already know the interface and how it works. Apple TV+ looks a bit like the iOS video player (what used to be called the Videos app up until about 2017). In Netflix, when you fast-forward through shows, you see a series of static thumbnails. On Apple TV+, it works about the same but without the static images.

Because the interface is so solid and familiar, and because there are so many ways to watch Apple TV+ on your phone, tablet, television, or set-top device, we can easily recommend it as long as you know what this is all about—namely, the future.

Another nice perk: Apple offers about 30 subscriber channels like Paramount+, BritBox and HBO. It’s a bit hit or miss whether you can register and pay for the channels through your Apple ID or only through that provider, but it’s slick. When you search for shows in Apple TV (so not just Apple TV+—remember, they are not the same thing) you’ll see results for all channels.

There are several interesting shows … and a few lame ducks

You could argue Apple has a rocky history when it comes to original content. Way back in 1984 they released what many consider to be the best commercial ever made and then … nothing. In 2016, they released a reality show called Planet of the Apps that was a definite flop. I’m sure the company would like to forget all about that.

Launched late in 2019, the Apple TV+ service came out of the gate with big ambitions. The Morning Show starring Jennifer Aniston and Steve Carell, an apocalyptic fantasy show called See, the aforementioned anthology series Amazing Stories. Sadly, these shows never really reached anywhere close to mainstream success in comparison to Stranger Things on Netflix or The Mandalorian on the Disney+ network. There are good shows on the Apple TV+ app. You could argue they are not brilliant shows.

In fact, some of the shows are a bit meh. Even the big hitters like See tend to make you wish you were watching Lost in Space on Netflix instead. I like Greyhound for what it is but I also forgot about it that evening.

So why are we still excited about Apple TV+ after so many months? Well, it’s just a matter of time before Apple TV+ becomes much more compelling—we mentioned the Foundation series that comes out in 2021, but there’s a host of new shows on the horizon. Apple TV+ could become the app of the decade. A new series based on the book The Mosquito Coast, Brie Larson starring in a spy thriller, Idris Elba also starring in a spy thriller. A lot of spy thrillers! How about the singer Billie Eilish in a docuseries? Sure. A show about an Isreali hacker intent on disabling a nuclear reactor in Iran? Sign us up. Apple has the resources to make TV+ a primary app, not second fiddle to Netflix.

Update: Since our review, we’ve watched the spy thriller about the Israeli hacker mentioned above, called Tehran. We’re super impressed with the acting and the twisty plot. It doesn’t change our Apple TV+ rating, but it might be a sign of things to come.

For now, our review rating is a reflection of how many shows there are at this stage and the lack of deep library content. By the way, all of those shows we mentioned above are real ones.

How does the Apple TV+ quality compare?

Exceptional quality and audio on almost every device

Every show and movie we tested looked spectacular—nothing was ever grainy or stuttering over a 400 Mbps connection; the colors and audio looked superb. Some of the shows and movies like Greyhound looked intentionally dark. We experienced no glitches at all when testing from a browser window on a Chromebook streaming to a smart television, or watching Servant on an Apple iPad. Shows are easy to find using search. The way everything is presented with large thumbnails made it easy to browse.

The only complaint here is that some of the show suggestions seemed a bit half-hearted. We really like a BBC One show called The Mallorca Files, but the suggested alternatives didn’t mention any other quirky police dramas like the now defunct show Lethal Weapon on Fox. Really? Those two shows are remarkably similar! Netflix does a much better job of listing up to 10–12 similar shows you should check out.

Another “gotcha” is that you can’t rent or purchase any content on an Amazon Fire TV using the Apple TV+ app. You also can’t purchase and add new channels like BritBox or Paramount+. It seems like a bug but it’s a feature, right?

Recap: Is Apple TV+ worth it?

It’s handy to cover an app like Apple TV+ several months after the launch date. Most of the original shows have come and gone, and we’re on the precipice of several new shows in 2021. Maybe we’ll have time to read Foundation again. The app is definitely worth keeping around, especially if you have access to it for free (or even for the $5 per month fee).

Note: There is no word on when the Foundation series will actually launch in 2021. Production was halted in 2020 due to the pandemic.

In the end, the star rating (3.5 out of 5) is a reflection of what it’s like to use the app right now. Disney+ has hundreds of archival shows and movies. Same with Netflix and Amazon Prime. We might have ranked Apple TV+ even lower if it wasn’t free or priced so low (about $2 cheaper than Disney+ for example). In the end, it’s the potential for new shows that makes us interested. (We’ll revisit this review once those are released.)

Do you have Apple TV+? What’s your experience with it been? Or do you like a different streaming service better? Drop us a comment below!