The Most Popular Online Games in the USA, State-by-State 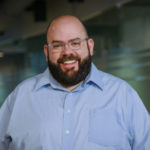 Related content: if your tired of lag or unhappy with your current ISP, check out our Best Internet for Gaming review.

Online gaming is popular. But you already knew that, or you probably wouldn't be reading this article in the first place. The question now is which online games are most popular for each state in the great USA. 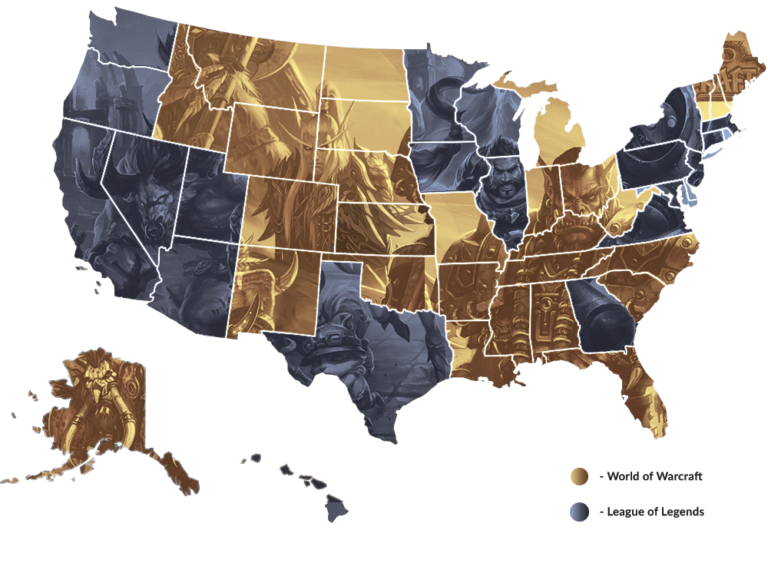 Numbers of actual players of each game in each state can be hard to come by. The game makers themselves certainly have that data, but they, for obvious reasons, hold their cards pretty close to their chest. Even if game makers do publish their active user data, it's rarely available on the state level, and it should generally be taken with a grain of salt. So rather than soliciting actual active user data from each game maker, we decided to take a different approach.

To determine the most popular online game in each state, we looked at five years of Google search data. We considered dozens of today's most talked-about online console and PC games—including the following:

Two clear winners emerged from our analysis: League of Legends and World of Warcraft. In a survey of Google Trends data, LoL and WoW performed better on a state level than competitors from most* genres and platforms.

*One exception: Minecraft simply crushes all competition in search volume and would have made our map much less interesting. We could—and perhaps should—do an entire post on why and where Minecraft is so popular, but we chose to remove it from consideration this time because it seems like a genre outlier.

Interesting observations from the data

World of Warcraft vs. League of Legends

Here's a look at how WoW and LoL have battled for US dominance over the last five years.

Quick note about how to interpret these maps: Google Trends calculates the popularity of a search term as a fraction of total searches in a geographic area. Translation: while there certainly aren't more people in Alaska searching for WoW than in California, WoW queries do make up a higher percentage of overall search queries in Alaska. Hover over your state to see how it stacks up.

Popularity of World of Warcraft by State

Popularity of League of Legends by State

A look at other popular online games

A list of the top ten states for each of today's widely played online games.

TOP 10 HEROES OF THE STORM STATES