When it comes to SimpliSafe vs. Brinks, we think SimpliSafe is the winning alarm system. It costs less, has unique equipment, and just seems to have a better reputation with customers. But Brinks does come close with its awesome monitoring and better home automation.

Brinks offers more expensive monitoring, but it’s some of the best out there

Of these two providers, SimpliSafe is definitely more affordable. But we really like Brinks’s monitoring features (as you can probably tell since we awarded Brinks “Best for Monitoring”).

If you need to save money, SimpliSafe is for you, while if you’ve got the cash, Brinks’s monitoring service is more than worth it.

SimpliSafe has two plans, one that doesn’t have professional monitoring and one that does. Unfortunately, the self-monitoring plan doesn’t include app access, making it difficult for you to watch out for your home.

SimpliSafe self-monitored
You can technically self-monitor SimpliSafe for free, but that option is pretty much useless since, like with the Standard plan, you can’t even access the app.

Because of the self-monitoring limitations, we strongly suggest SimpliSafe users go for the Interactive plan option.

If you want smart home support, you need to go for the more expensive plan there as well.

SimpliSafe has no contracts.

Either way, you’ll pay $15 to $25 less with SimpliSafe than with Brinks, which can translate into big savings. Especially since you won’t have to sign a 3-year contract as you do with Brinks. 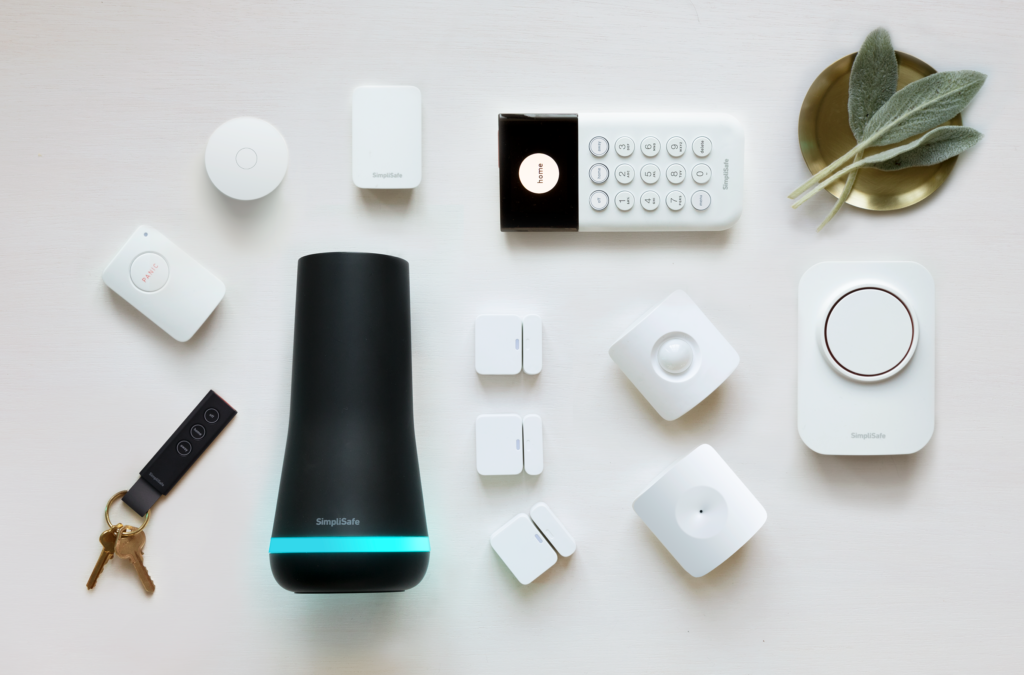 Brinks’s monitoring may not be the most cost-effective, but you’re getting a lot out of it. With Brinks, you don’t have to pay extra for camera storage, mobile app access, or smart home support.

Just know that with Brinks, you have to sign up for a 3-year commitment.

Brinks comes with a few different emergency features to keep you and your home safe. For instance, the control panel and key have built-in panic buttons. (You have to pay extra for those with SimpliSafe, and they come separately.)

Brinks also has a duress code feature in case someone forces you to disarm your system, and it has an instant emergency contact feature known as ASAPer, too. 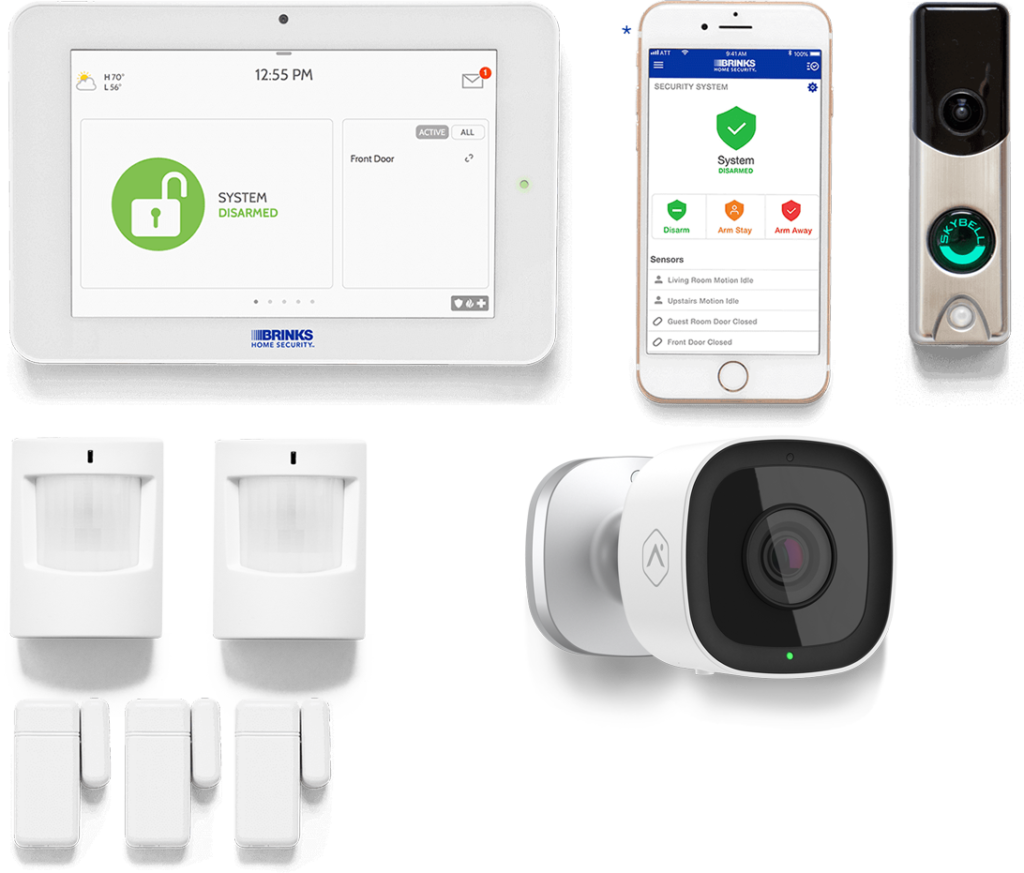 SimpliSafe’s equipment is proprietary but more affordable than Brinks’s

SimpliSafe takes a personalized approach to security by creating its own one-of-a-kind equipment, while Brinks sources its products from generic manufacturers.

As you can see, we’re not just talking a few dollars. You’ll save a lot if you buy equipment from SimpliSafe over Brinks.

SimpliSafe cameras are a better choice than Brinks cameras

SimpliSafe’s cameras are much more affordable than Brinks’s, and they have better features, too. The only reason to get a Brinks camera over a SimpliSafe one, in our opinion, is if you want an outdoor camera (which SimpliSafe doesn’t sell).

SimpliSafe offers two camera models: an indoor camera and a doorbell camera. Both are unique to SimpliSafe only, which is nice because you’re getting something special. However, you’re in for a hassle if you want to connect them to other camera brands.

The indoor camera is a little expensive, but it’s balanced out by the video doorbell, which has a lower price for that type of camera.

In our opinion, the best aspects of these cameras are the video verification and the privacy shutter for the indoor camera.

The indoor camera also comes with a privacy shutter that allows you to physically cover the lens when you don’t want to be videoed.

Oh, and in keeping with the “simple” part of SimpliSafe, these babies only use cloud storage. You’ll never need to buy extra hardware or grapple with SD cards, but you won’t have the security of a physical backup.

To learn more, read all about SimpliSafe cameras in our SimpliSafe Cameras Review.

Brinks’s cameras cost quite a bit but don’t have most of the basic features we look for, which is a shame. The indoor camera doesn’t even have motion detection. 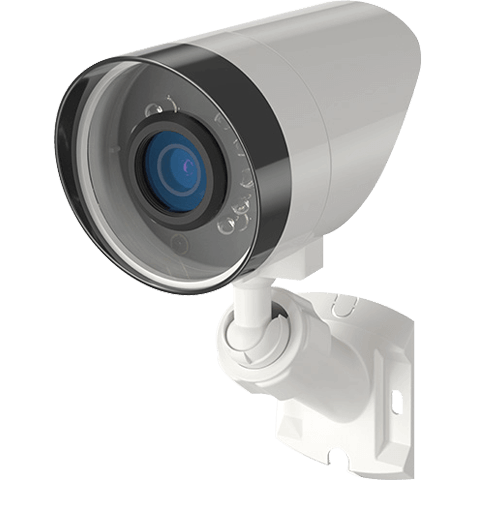 We do appreciate that you don’t have to pay extra money for a storage plan with Brinks. And it’s awesome that the doorbell camera comes with local storage already built in.

Overall, though, unless you specifically want an outdoor camera, it’s hard to think of a situation where we’d pick these over SimpliSafe cameras.

Brinks has a lot more automation than SimpliSafe does

For being a leading home security brand, SimpliSafe has surprisingly little integration. Sure, it sells its own locks and smoke detectors, and it’s also compatible with August locks, but it works with almost none of the leading smart home products.

You can create an indirect smart ecosystem by connecting everything through Alexa or Google Assistant, but you won’t be able to access those products from your SimpliSafe app.

As discussed in the Equipment section, Brinks offers locks, thermostats, garage door openers, smoke alarms, carbon monoxide detectors, and other smart home connectivity devices. But beyond that, it’s also compatible with many smart home products through its use of Z-Wave, a popular smart home protocol.

SimpliSafe’s reputation is better than Brinks’s

SimpliSafe is a relatively new company, while Brinks has been around for a while. That may be why SimpliSafe has a better reputation right now than Brinks does—it hasn’t been around long enough for as many problems to crop up. Or it could be because Brinks keeps buying up other contracts and changing terms on people, which is not something SimpliSafe does.

SimpliSafe vs. Brinks: Which is better?

Brinks fights a good fight, but in the end, we recommend SimpliSafe for better equipment and lower prices.

When we rate security systems, we weigh out these five main categories:

In a versus piece like this, we pit each category head to head to determine which service is truly the best.

The highest star rating doesn’t always win. The service with the lower star rating may have a category in which it’s spectacularly strong, while the higher-rated service may be average across the board. But usually, the star ratings are a strong indicator of the versus piece winner.

Does SimpliSafe have an outdoor camera?

The video doorbell is a subtype of outdoor camera, but it’s not useful for everyone since you can only install it on the door.

However, SimpliSafe sells outdoor adapter kits, which allow you to weatherproof the indoor SimpliCam for outdoor use.

With the discontinuation of Google Nest Secure in 2020, Brinks no longer offers its $19 and $29 Nest monitoring packages. So if you’ve obtained a legacy system and want it monitored, you’re out of luck.

If you already have a Google home security system and an existing agreement with Brinks, though, it sounds like your current monitoring support may continue for the foreseeable future.¹

How do SimpliSafe and Brinks measure up against an ADT alarm system?

In many contexts, we would choose either a SimpliSafe or Brinks home security system over ADT.

ADT has a highly traditional alarm setup with steep prices. Both SimpliSafe and Brinks home security are more innovative systems with lower costs and full or partial DIY installation. These newer, less traditional systems tend to be more convenient, easier to use, and appealing to many homeowners.

But some people really like the traditional setup or need to connect their system to a landline. In those cases, ADT is a better choice.

To learn more, check out SimpliSafe vs. ADT and ADT vs. Brinks.