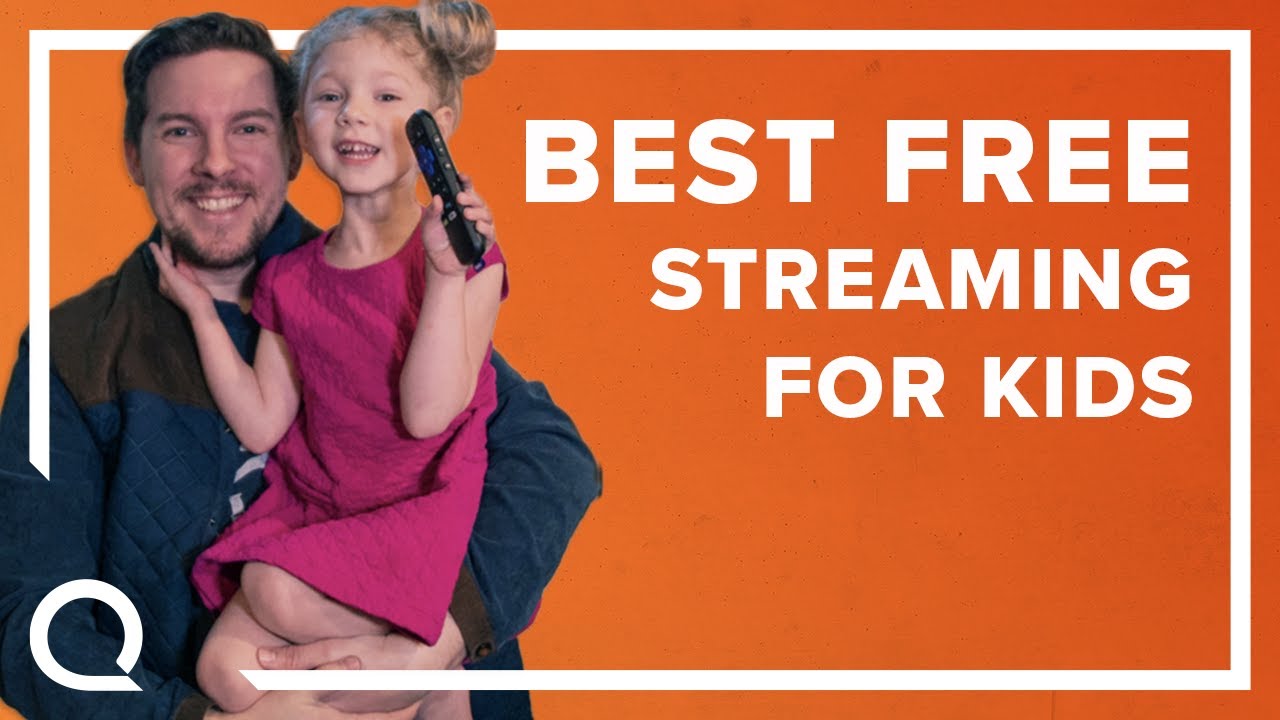 Being quarantined is not fun, and a lot of us are going through that right now. But I'll tell you what's even tougher (because I can say from experience): being quarantined with kids. Right?

And that's what we're going to talk about today: the best streaming apps—paid, free, and in between (but mostly free)—for keeping your kids occupied. I'm going to tell you a few things maybe that you didn't know and tell you about a couple apps that you probably haven’t heard of yet.

So if you are a cord-cutter or even a halfway cord-cutter, stick with me, and we're going to talk about eight streaming apps that can help keep your kids occupied and entertained for, well, for as long as you need them to be.

(Before I get started, I'll just mention that I am using a Roku system. That's what we use at our house. But if you're on an Apple TV or an Amazon Fire Stick or a Google Chromecast, a lot of these streaming apps are still going to be available to you.)

All right, so let's dive in. I wanted to start with the paid options first, and the most obvious ones. So Netflix and Disney+, these are our top two. If you have both of these, honestly, you're probably set in large measure as far as having enough content to keep the kids occupied. But there are a couple of things I want to show you.

Netflix lets you create profiles, and you can create one just for the kids.

When I go in and create a new profile for the kids, it's going to give me an option in the form of a checkbox for kids: if it's checked, then they're not going to show any TV-14, or certainly not any TV-MA or rated R, media. Only TV shows and movies for kids 12 and under are made available to that profile if you check that box.

The only thing that Netflix doesn't let you do that I really wish they would is create a PIN to get into the adult profiles. That would be nice.

Disney+ can also block any content for older teens and adults via profiles. There obviously aren't as many adult options as you would get on Netflix, but there are some things that maybe you wouldn't want your six-year-old watching. Like The Black Cauldron. Not because it's terribly frightening, but because it's frighteningly terrible.

But in any case, Disney+ is the mother lode of kid's entertainment options, right? And it's only seven bucks a month, 70 bucks a year, and you get a ton of stuff.

Let's get on to the free stuff!

With The Roku Channel, there will tons of titles that you can watch as the whole family.

You’ll find Roku also has everything parsed out by age range. So ages one to three, four to six, seven to nine, 10 plus, and they do a really great job curating the content here to make it appropriate for the kids.

And frankly, what they have here in terms of content is impressive. These aren't titles that no one has ever heard of before—these are really decent programs: Bob the Builder, Leapfrog, et cetera. If you pop into, I think it's ages seven through nine, you’ll find a gem:

This is from way back in the '90s. Yes, there was a Super Mario Brothers TV show and it was glorious. So if you want to relive the glory days, you can go check that out.

You might be wondering if there's enough content to justify an entire channel. The answer is yes, yes there is.

There's a ton of LEGO content out there. Right on the front page, you can drill down into some LEGO categories. If you want to skip that, it'll show you everything available. It has LEGO shows, LEGO shorts, people building LEGOs, LEGO news, whatever. This is completely free.

You might ask, is it commercial supported? You might see a commercial here or there, but really, honestly, the whole channel is a commercial for LEGO. So once you accept that fact, then yes, it is free to watch.

PBS Kids may be pretty obvious, but it is completely free and it is delightful.

When you go into PBS, either the PBS app or the PBS Kids app, it'll ask you for your zip code. It'll have you log in online so that you can verify where you live so that they serve up the appropriate local content. But then once you're in there, you can go ahead and watch all of the kids content that your heart or their hearts could desire.

Baby Boomer Cartoons is exactly what it sounds like. This is free and ad-supported with a few ads—really, honestly, not very many. But it is an ad-supported, free supply of baby boomer cartoons.

This is stuff from all the way back in the '30s, the '40s, the '50s, the stuff that baby boomers grew up on Saturday morning cartoons. And here it is in all its glory, Bugs Bunny and Betty Boop and Popeye and all that sort of stuff.

So if you want a little bit of an off-the-wall option, if you think your kids might enjoy something classic, if you want to watch something with them and kind of go on a stroll down memory lane, Baby Boomer Cartoons is delightful.

Are your kids videoconferencing for school? We can help

Before we move on to the last two, let's pause to reflect upon the fact that fun movies and TV shows aren't the only things your kids are watching these days.

Videoconferencing is a new reality for all of us, including our children, who use it for school and remote learning. If you want to know more about how to navigate this new world, read our review of the best and safest videoconferencing apps for kids.

And all this additional screen time may put you in the market for a new device (or may convince your little ones they're desperately in need of a big new phone), so you might also want to check out our recommendations for the best smartphones and phone plans for kids.

You should know that whenever we review any product or service targeted to children, we always factor in cost and performance, but above all, security and parental controls.

OK, let's get back to what really matters: free(ish) cartoons.

Now we get into the services that are in between free and paid, or freemium. That means there's a free option, but you can pay to unlock more content. Cartoon Network and Nickelodeon fall in this category.

I love old-school Cartoon Network. I'm a throwback kind of guy. I want to watch Dexter's Lab. Or if you want to watch something newer, you can binge Teen Titans Go!

But I did still want to point these options out because you do get hours of free content on there.

So for the Nickelodeon app, it's going to be a very, very similar kind of experience. You can pick whichever show you want, and it'll give you generally a few episodes to watch, but a lot of the archive stuff is going to be behind that paywall or that log-in cable/satellite paywall, whatever we want to call it. There are also some ads, which is just the nature of the beast.

So those are our three categories: the kind-of-free stuff in Cartoon Network and Nickelodeon; the free stuff in the LEGO Channel, Baby Boomer Cartoons, PBS Kids, and The Roku Channel; and then the premium stuff on Netflix and Disney+ (obviously not free but still great options).

If I missed anything—and I know there are a lot more, these are just kind of my favorites that I wanted to highlight—but if there's anything that you love, let us know!