AT&T’s fiber optic network is great for speed and reliability, but Xfinity has lower-priced plans that may appeal to some.

AT&T and Comcast Xfinity are two huge names in the telecommunications industry. Which one offers the best internet service?

AT&T offers a higher quality network with great speeds, decent prices, and no data caps. But Xfinity has more plan options and availability, making it appealing to those who want cheaper, lower-speed plans.

You can learn a lot more about both of these internet service providers (ISPs) by reading our full AT&T vs. Xfinity internet review below.

Winner: Xfinity has more plans to choose from, but we do like the simplicity of AT&T’s no contract plans.

We’re going to skip the long-winded intro here and just jump right into the plans so that you can make up your own mind.

As you can see, AT&T’s plans have a big range of speeds, from below 75 Mbps (for DSL plans) to 5,000 Mbps! But its prices aren’t so spread out, with a difference of just $25 between the cheapest and priciest options.

We think that AT&T’s middle-range plans, like the Internet 300 and 500, are the best options for most people. You get plenty of speed for streaming, browsing, gaming, and working from home, but you’re not paying through the nose for it.

What about those pesky equipment rental fees?

One thing we really appreciate about AT&T’s plans is the simplicity: there are six clear options for fiber internet and two options for DSL. Also, the company doesn’t require annual contracts. This is not the case for Comcast’s Xfinity internet service.

Xfinity requires 1-2 year contracts and it has three separate price ranges, depending on where you live. There’s a Northeast, Central, and West region. We’ll show you all of the prices in three charts below so that you know what’s available.

But, honestly, the easiest way to see Xfinity plans in your area is to use this zip code tool.

Check Xfinity and AT&T plans in your area with this tool.

We’ll start our review of Xfinity internet plans with the Northeast region.

Comcast Xfinity promotional internet prices and plans for the Northeast

You can see that Xfinity has a much wider range of prices and speeds than AT&T. It’s cheapest plan is far cheaper than its priciest option. It offers speeds from below 50 Mbps all the way up to 3,000 Mbps!

One thing to keep in mind is that not all of these plans will be available in every part of the Northeast.

And, to be honest, it’s not really clear where Xfinity’s different price regions begin and end (somehow Minneapolis, Minnesota is in the Western instead of Central zone?).

Ok, let’s move on to the Central zone plans and prices.

Yes, that’s a 3,000 Mbps plan! While that’s probably more internet speed than you’ll ever need (at least until we all live full-time in the metaverse), it’s pretty cool to see.

Comcast Xfinity promotional internet prices and plans for the West

These Western plans look really similar to the Northeastern plans. There are a lot of options in terms of both price and speed, which means there’s something for every kind of family.

All of these plans will get you access to millions of Xfinity Wi-Fi hotspots across the globe. So you don’t have to pay $10 an hour for an internet connection while you wait for your connection at the airport. Nice.

These Xfinity internet plans also share some downsides, like a 1.2 TB data cap (more on that below) and installation and early-termination fees (boo!).

Phew! That was a lot of internet plans to cover. Take a deep breath … ok, now let’s move on to talk about availability, because what good is all this info about plans if you live outside of the service area?

Xfinity and AT&T have a similar coverage area. Both have a heavy presence in midwestern states, like Illinois, Michigan, Ohio, and Missouri. Both have a sizable presence in California and Southern states like Georgia and Louisiana.

Xfinity’s coverage eclipses AT&T’s certain parts of the West, like Utah, Colorado, New Mexico, Oregon, and Washington. It also covers much of the Northeast, where AT&T internet doesn’t really exist at all. Meanwhile, AT&T’s availability is stronger in much of the South and Great Plains region.

The best way to figure out which ISP has plans in your area is to use the tool below. Enter your zip code and you can see the best internet options in your neighborhood, including those from Xfinity and AT&T.

Check Xfinity and AT&T plans in your area with this tool.

You probably already know that AT&T isn’t just an internet provider. It is one of the largest mobile phone carriers in the country.

So, which company offers better deals? You’ll have to decide for yourself. Here’s a quick look at some of our favorite bundles from each of them, beginning with Xfinity.

If you're looking to change mobile providers or add another phone line, Xfinity can save you money on more than just your phone bill.

When you add an Xfinity Mobile plan, you can get Xfinity Internet + streaming for only $30 a month. Plus, this deal comes with internet equipment included, a 2-year price guarantee, and doesn't require a contract.

There are some great deals in the chart above, like a triple play with over 130 TV channels and 200 Mbps internet for less than $100 a month.

That said, AT&T’s bundle deals aren’t too shabby, either.

That was really just a sneak peak. You can learn more about AT&T and Xfinity bundles in our full reviews.

Both Xfinity and AT&T make it on our list of the fastest ISPs.

But these two companies aren’t exactly fast in the same way.

Not sure how much speed is enough?

We’ve written a nifty little article to help you figure out just how much internet speed you really need.

Xfinity has some of the fastest download speeds available. In certain areas it offers an unreal 3,000 Mbps plan! That’s basically warp speed.

But one thing that Xfinity lacks is a robust fiber optic network. Although it has a few locations where fiber internet is available, it can’t really compete with AT&T. That means that AT&T customers will usually see much more reliable speeds and significantly faster upload speeds.

In short, AT&T’s network will probably be better for most users, offering more reliable speeds and performance.

One of the biggest downsides to Xfinity internet is the 1.2 TB data cap that comes with every plan.

While the average monthly internet data usage for US households is about 433 GB a month1, there are still plenty of gamers, work-from-homers, and large families that will exceed that amount and surpass Xfinity’s data cap.

Xfinity will charge you $10 for every 50 GB of data you use above 1.2 TB. You can avoid the overage fee by paying a clean $30 a month for unlimited data.

But, why pay an extra $30 when you could just go with AT&T fiber, which has no data cap?

In other words, those who use the internet a lot might have more peace of mind with AT&T than Xfinity.

Winner: AT&T tops the charts, but Xfinity isn’t far behind

Picking an internet provider based on its customer service is kind of like choosing an airline based on the prices of its in-flight meals. You’re probably never going to be fully satisfied with what you get, and even if you are, it’s not the most important factor.

That said, there is something really nice about knowing that a real human will pick up the phone and help you when your modem isn’t working.

So, who’s more likely to make it easy on you, AT&T or Xfinity?

So both companies should be pleasant enough to deal with.

If you do end up having issues with Xfinity or AT&T’s customer service then check out our tips for getting help from your ISP.

AT&T vs. Xfinity: Which is better?

What’s the final verdict? We think that AT&T offers a better overall performance, but Xfinity may still be best for those who want a cheaper plan.

Here’s a quick recap of who won each section of this AT&T vs. Xfinity internet review. 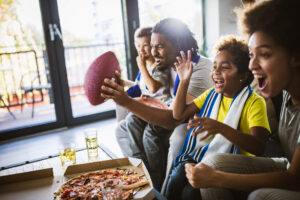 By
Chantel Buchi
How to Stream NFL Games 2022–2023
Find out how to stream every NFL football game this 2021 season with our top... 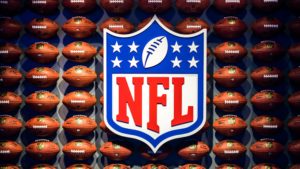 By
Chantel Buchi
How to Watch the Dallas Cowboys 2022–2023
Want to find out which service has all of the channels you need for Dallas... 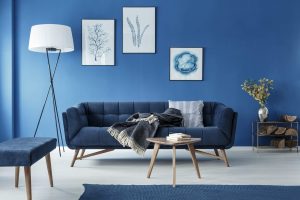