Kangaroo lets you use stand-alone sensors, and it won’t cost an arm and a leg

Is Kangaroo right for you?

Kangaroo keeps things simple like nobody else. For most security systems, you need some sort of hub or control panel to tie your devices together. With Kangaroo, all you need is a smartphone and a Wi-Fi connection.

All of Kangaroo’s devices are stand-alones. If you just want a motion sensor, you can get just a motion sensor. Nobody else lets you pick and choose like that. Plus, Kangaroo is affordable and still builds some neat little tech features into its cameras and devices.

Professional monitoring for $8.25 a month? Yes please! If you’re going to use Kangaroo, we think the Complete Protect plan is very much worth it. Not even Ring Alarm has prices that low.

Granted, you won’t get quite as much with Kangaroo as you do with Ring–but it’s still an incredibly good deal.

Kangaroo is affordable, whether you want a full system or just a single device.

As home security systems go, Kangaroo is impressively cheap. And it helps that you can get stand-alone sensors.

If you need only one or two things, you can get them without breaking the bank. Heck, even if you want enough security stuff to outfit your four-bedroom house like a bunker, Kangaroo will help you do it on a budget.

Kangaroo also offers a few different monitoring plans. There’s a basic version that comes with any security device you purchase, but you can also upgrade to a plan that includes 24/7 professional monitoring.

In between the free Basic plan and the professionally monitored Kangaroo Complete plan, you have the Cam Protect plan, which is for people who want the Kangaroo doorbell camera.

If all you need to make your house feel a little safer is a doorbell camera watching your front porch, then the Cam Protect plan gives you plenty of features and extended storage for your camera.

Kangaroo doesn’t offer a ton of equipment, but it comes with some thoughtful features.

Kangaroo’s security equipment reminds us of a budget version of a DIY home security system, like the Ring Alarm. And despite its low price tag, the Kangaroo system still includes some thoughtful features. 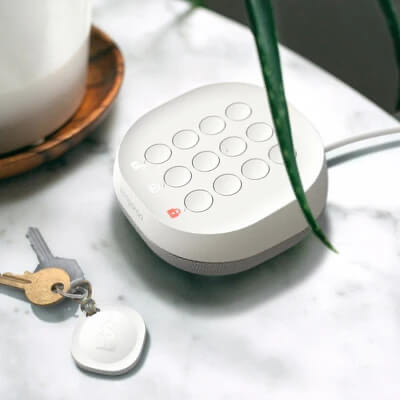 The full Kangaroo security system uses a square keypad/base station that you can arm and disarm with tags that go on your keychain, bag, or wherever else. You can also control the system through the Kangaroo mobile app. 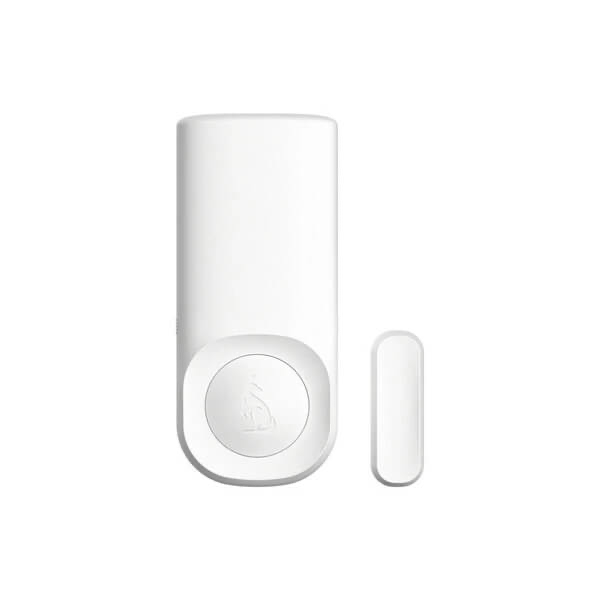 This is not the wide range of equipment you’d get from a big-time company like Vivint, ADT, or even SimpliSafe. But Kangaroo packs a lot into its minimalist offerings. 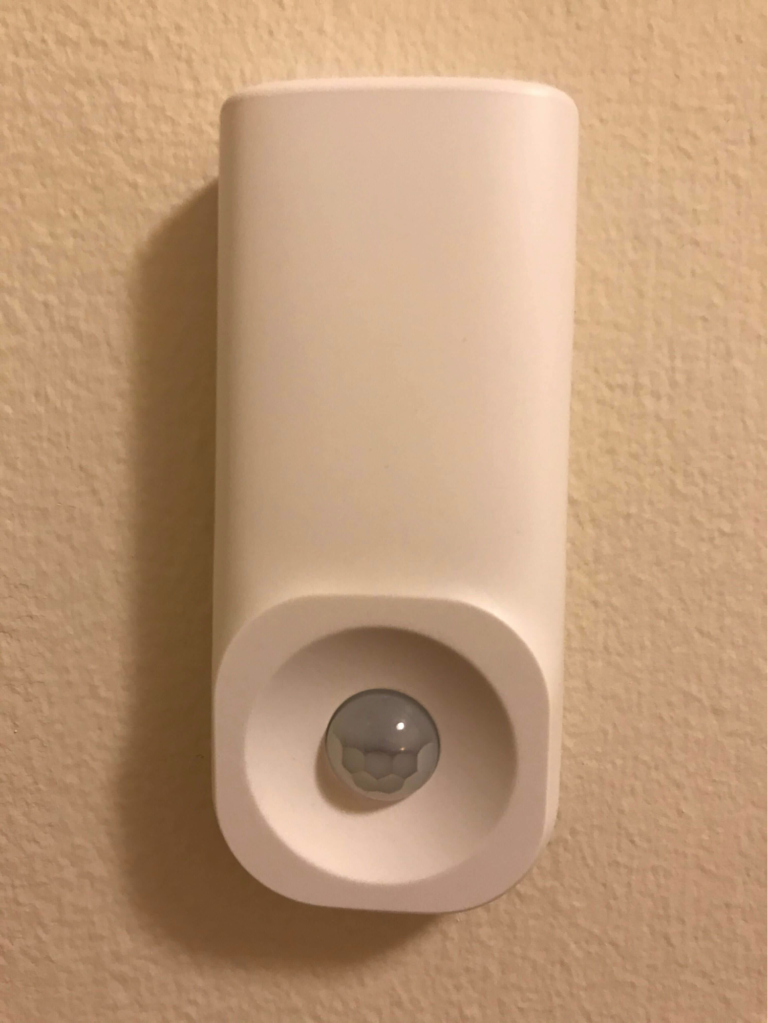 One Kangaroo feature we love is that it combines door/window sensors with motion detectors, so you get both functions in just one device. These sensors also have a button on them that you can press to quietly open a door to let your dog out at night without setting off your entire alarm system.

Along with the combo entry/motion sensor, you can also get a water/climate sensor. Most water sensors detect leaks, but this sensor can also detect temperature and humidity. It can alert you if an area of your house is getting too warm or too humid, so you can prevent problems like mold before they even happen. 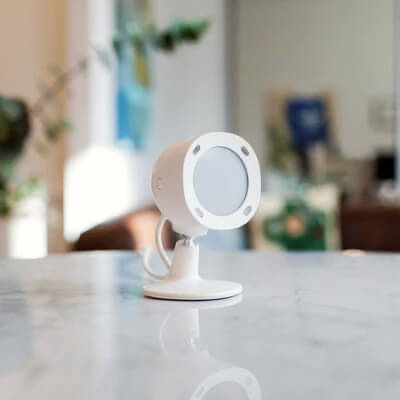 We gotta be honest: neither of these is comes even close to ranking among our favorite indoor cameras or best doorbell cameras. But both of these budget security cameras come with some interesting features.

The Privacy Camera comes with a unique screen over the lens that turns white when the camera’s not recording. That way, you can know with a single glance whether or not the camera’s turned on. It’s a nice little peace-of-mind feature.

Kangaroo does make you pay for some features most security cameras give you for free, including two-way audio and integration with Amazon Alexa and Google Assistant. It's pretty weird to require a subscription for that stuff. 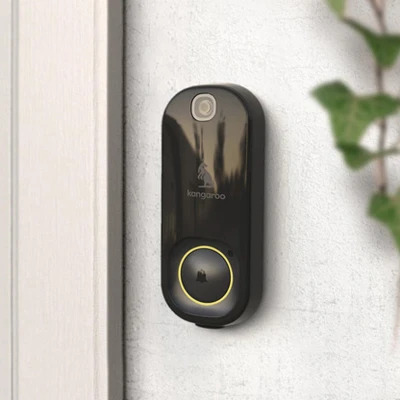 As for the video doorbell, Kangaroo’s doorbell cam is a unique option. It’s by far the cheapest doorbell camera we’ve seen at only $19.99. (For comparison, the Ring Video Doorbell 3 costs $199.99 at the time of this writing. That’s a whole extra digit in there.)

For such a cheap price, this doorbell camera has a few quirks. For one, it doesn’t record in a continuous video clip. Instead, it combines a series of still images into a moving image—kind of like a flipbook.

Another thing is that the Kangaroo doorbell camera cannot be hardwired into your existing doorbell. That means, either you remove your doorbell and awkwardly leave the wires hanging around in the open air, or you install this doorbell somewhere near your other one and make your guests play a fun game of Guess Which Button to Press. Not ideal.

The Kangaroo doorbell camera doesn’t work with your existing doorbell chime (you buy a separate one or use the Kangaroo keypad as a substitute). It also doesn’t offer two-way audio, so you won’t be able to talk to people on your porch.

All in all, it’s not our favorite video doorbell. But it is extremely cheap. If you just want something on your porch and can only spend a few bucks on it, this will serve you better than nothing.

Kangaroo doesn’t offer much in the way of home automation. It will work with Amazon Alexa and Google Assistant if you pay for the Kangaroo Complete Protect monitoring plan. Otherwise, it’s just you and a mobile app.

In the future, we’d like to see Kangaroo expand its home automation offerings to work with Z-Wave, Zigbee, or at least IFTTT. In the meantime, you’ll have to stick to the settings you can choose on your smartphone.

With Alexa, you can arm and disarm your Kangaroo security system. With Google Assistant, you can also turn cameras on and off.

Access to the Kangaroo app is free with your system. You can use it to arm and disarm your system, view your camera feeds, check your sensor statuses, add new users to your account, and receive real-time security notifications.

The mobile app is pretty easy to use; although, in our experience, it got a bit glitchy sometimes. We saw some error messages that went away when we restarted the app, but it was a little annoying.

The iPhone app is well-rated; the Android app has slightly more negative reviews.

Kangaroo is easy to set up. Just watch out for deep doorframes.

Kangaroo is DIY all the way, so you’ll set everything up yourself. Thankfully, it’s not hard. In fact, Kangaroo’s simpler to get up and running than even some of the easiest DIY home security systems out there because you don’t have to fiddle with a hub.

Since all of Kangaroo’s sensors work as stand-alone devices, you just download the Kangaroo app and add the device to your Wi-Fi network.

Do you have recessed doorways?

If you have doorways with thicker frames, then Kangaroo entry sensors might not work for you. When we tested the motion/entry sensor, the sensor’s range was too short to work with our deep-set door. We used a similar doorway when testing SimpliSafe and had no problems with the entry sensors.

Kangaroo is too new on the scene to have much of a customer service reputation. But one thing we like about it is that Kangaroo gives you lots of different ways to reach its team.

You can contact Kangaroo through chat, phone, or email. For the phone-phobes out there, we appreciate the live chat option. As for social media, you can try reaching out to Kangaroo on Facebook, but it’s not present on Twitter.

How does Kangaroo compare to other companies?

Kangaroo has extremely low prices even compared to other DIY security systems.

Kangaroo is most comparable to Ring, although it doesn’t have as many home automation or security camera options.

If what you want is a single device or a basic home security system, Kangaroo makes it really easy to get what you need. You don’t have to buy a whole kit of equipment if you only want a couple of sensors. But if you want a smart home-ready security system with high-tech features and all the bells and whistles, you’ll want to look elsewhere.

Not sure if Kangaroo has everything you need? Check out our Best Home Security Systems review to see other DIY, affordable home security options, including SimpliSafe.

What about the Porch Protection plan?

The Cam Protect plan replaces Porch Protection. Porch protection was the same price as the Cam Protect but was just for doorbell cameras. It included extended camera storage, though it didn’t offer any theft protection.

We tested a Kangaroo system, studied the Kangaroo website, and read user and professional reviews of the setup.