As home security systems go, ADT and Ring Alarm could not be more different. ADT is the oldest name in home security. Everyone’s going to recognize the logo on your yard sign. Ring is more of a scrappy, start-up-turned-Amazon product. Ring: you install yourself. ADT: the professionals install for you.

The differences extend to the price too. ADT is expensive. Really expensive. Whereas Ring has the cheapest professional monitoring prices we’ve seen. From anyone. Ever. 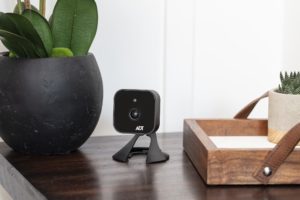 ADT has been around for a long time (over a century), which is probably why everyone knows the name. If you did an on-the-street-style interview and asked everyone in sight to name one home security company, we’d bet our life savings ADT would be the first name out of everyone’s mouths.

That name recognition isn’t for nothing. The whole goal of a home security system is to never have to use it. If your yard sign alone can deter potential burglars from giving your house a shot, then ADT has done its job.

Plus, ADT’s system has full smart home support and professionally installed equipment. This isn’t a DIY setup over here. Nah, the pros will do everything for you.

Ring Alarm is a bit of a new kid on the block. The system debuted in 2018, which means it’s like 100 years younger than ADT. But Ring is the system of the people—you don’t have to spend a fortune on equipment, and you can set up everything yourself.

Plus, Ring still gives you cool tech features like Z-Wave support for all your smart home devices.

ADT is not for the budgetary faint of heart. It has the most expensive professional monitoring prices of any other alarm system we review. And it’s hard to say how much you’ll spend on equipment, for three reasons:

Suffice it to say, ADT is a bit complicated. And it has a few holdovers of traditional home security companies that we don’t love, like three-year contracts with hefty cancellation fees.

Ring’s system might be tech-forward, but it doesn’t always look it. Its security sensors are a bit clunky. For example, its door and window sensors are bigger than average so you’ll likely notice them more. (If you’re particularly worried about aesthetics, we recommend Nest Secure instead.)

There’s also the issue of Ring’s cameras. Ring makes some pretty great cameras, actually. They’re way better than ADT’s. But there have been some huge security concerns with Ring cameras lately that make us reluctant to recommend them.1,2