Cheap talk and text plans for low-data users. But not much for the rest of us. 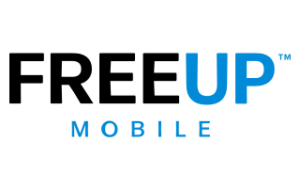 FreeUp Mobile joined the ever-widening ranks for discount prepaid phone companies back in 2018. It was actually started by Simple Mobile founder, Rod Nakjavani. Despite the company’s young age, it’s already gone through some major growing pains.

FreeUp originally offered a rewards program that would enable users to have a completely free phone plan. Hence the Free in FreeUp.

Well, so much for that. FreeUp scrapped the free plan, and now it’s just another discount mobile virtual network operator (MVNO) that uses AT&T’s network. But it’s a pretty decent one, especially if you just want a simple talk and text plan with limited data (like this one).

FreeUp talk and text plan with 3GB of data

Read the rest of our FreeUp Mobile review for all of the details about the provider. Or, you can always skip to our recap for the TL;DR version.

How can I tell all of these MVNOs apart?

There are tons of discount providers out there these days. So, before you order that FreeUp Mobile SIM card, you might want to ask yourself the following questions.

Do you want to be on AT&T’s network or a different network? Do you need an unlimited data plan to survive? Do you need a family plan?

These cheap talk and text plans are great, unless you’re a data hog.
Pros
Cons

Here’s a deep dive into the special formula that makes FreeUp a great choice for low-data users. Don’t worry, we’ll get to drawbacks in a minute.

No, FreeUp Mobile isn’t free. But it can help you save some money if you don’t need a ton of cellular data. Here’s a look at FreeUp’s cheapest plans.

That $15 price tag is a good deal for an unlimited talk and text plan (it’s even a bit cheaper when you pay for three months up front).

With a cheap plan like this, you could, for example, get phone lines for all three of your kids for just $45, and then they’d never have an excuse to not call you again (*evil parent cackle*).

If you want a bit more full-speed data so that you can occasionally post to Instagram and stream your favorite songs when you’re on the road, then check out FreeUp’s 8 GB plan. A crisp $20 will get you everything you need.

FreeUp unlimited talk and text plan with 8 GB of data

When you get up into FreeUp’s higher-data plans, the prices stop looking so good. You could pay $30 for 6 GB of data, but at that point why not just pay an extra $5 for unlimited data from Sprint? (We’ll do some more price comparisons in a minute here.)

How much data do you actually need?

Watching Netflix will burn through about 500 MB of data an hour—and that’s in standard definition. So if you’re highly invested in watching reruns of Parks and Recreation during your lunch break, then you might want an unlimited plan.

Check out our handy guide to learn more about how mobile data works and how much you might need.

If you sign up for FreeUp’s service, your phone will actually be connecting to AT&T’s cell phone towers. What does that mean? It means great coverage on the nation’s fastest network1—woohoo!

But it also means a risk of occasional slowdowns when the network is congested—boo! (We’ll talk about this more below.)

FreeUp Mobile may be a budget provider, but you’ll still get one great perk with its unlimited talk and text plans: free international service. Now, that doesn’t mean free unlimited calls, but you will get quite a few minutes.

You’ll get 74 minutes to talk to your cousin in Albania, 111 minutes for your friend in El Salvador, and unlimited time to catch up with your old college roommate who’s in China.

Meanwhile, you will get unlimited texts to most countries in the world.

Data, it’s what puts the smart in smart phone, the Insta in Instagram, the . . . you get the idea. Data is important for many basic functions of our phones these days, which is why phone companies are increasingly moving towards unlimited data plans.

But not FreeUp. The most high-speed data you can get with FreeUp is 15 GB. That’s plenty for casual users, but it’s not nearly enough for those who want to play PUBG Mobile throughout the day.

Plus, for the $45 you’d spend on 15 GB you could get an unlimited plan from another company, like Visible Wireless.

FreeUp technically has an “unlimited” data plan. But . . .

FreeUp calls this 15 GB plan an “Unlimited Data” because, technically, you can keep using data at 2G speeds after you hit that cap. But we think that verges on false advertising because most companies offer at least 50 GB of full-speed data in an unlimited plan.

Service can be deprioritized

MVNOs are great for getting top-shelf network coverage at bottom-shelf prices. But there’s still one issue: deprioritization.

In short, AT&T can prioritize its own customers over FreeUp’s customers when the network is congested. That means you might notice slower data speeds when you’re in a packed stadium or driving home during rush hour.

How do FreeUp’s plans compare?

The market is stuffed full of discount MVNOs like FreeUp. So how does it compare to the competition? Here’s a look at how the cheapest plan from FreeUp stacks up against five other popular providers.

As you can see, FreeUp isn’t the cheapest provider on the list. But it does offer the cheapest plan that comes with at least some high-speed data (in this case, 3 GB).

So you should probably check out Tello or Good2Go if you’re sure you don’t need data. But FreeUp is great for those who want a little data in case of emergencies (like when you're so bored waiting at the DMV and you just need to browse your Facebook feed).

FreeUp has no family plans

If you’re looking to bundle two or more lines, then you’re outta luck.

You know what they say: families that pay their phone bills together, stay together. Fine, no one ever said that, but getting on a family plan is still a great way to save a few bucks.

Sadly, FreeUp offers no family plans. You can get more than one line, but you’ll just have to pay full price.

Providers that do offer family plans

Luckily, there are a bunch of discount providers that offer cheap family plans for all you mamas and papas out there. We’re partial to Visible’s Party Pay and these plans from traditional providers, but here’s a look at the five cheapest family plans with three or more lines.

Great coverage with a risk of deprioritization

Unless you’re homesteading in the far corners of Idaho or Montana, FreeUp customers should have pretty good coverage on AT&T’s network. With AT&T customers reporting 4G coverage 88.9% of the time, you can expect that coverage to be crystal clear.1

The only thing that might trip you up is the dreaded deprioritization.

FreeUp gets to use AT&T’s network, but it doesn’t get to fly first class. In other words, FreeUp’s customers may experience deprioritization—slower download and upload speeds—when the network is busy.

So don’t count on being able to stream HD video or download a big email attachment when you’re at a crowded conference.

FreeUp customers are mostly happy, as long as they read the fine print.

Cell phone companies, and prepaid providers especially, are known for having pretty bad customer service. But there’s put-you-on-hold bad and then there’s not-pick-up-at-all bad. So how does FreeUp perform?

Based on the information we could find, FreeUp has average customer service for an MVNO. Most customer complaints seem to stem from issues that could have been avoided by reading the fine print, like trying to activate a FreeUp SIM card on an incompatible device.

Recap: FreeUp Mobile will work great for some low-data users

That was a deep dive into FreeUp Mobile’s service, but now let’s come up for air and do a quick recap.

If you don’t need a ton of data, and you’re not looking to buy a brand new iPhone, then go ahead and sign up for FreeUp Mobile.

No. FreeUp Mobile used to offer a free plan, but it does not anymore. The cheapest plan is $15 a month. It includes unlimited talk and text and 1 GB of data.