There's a ton of free content out there for your Amazon Fire device. Craig's here to help you find your new favorite channel.

You finally cut the cord and got yourself an Amazon Fire device—a Fire TV, a Fire Stick 4K, a Fire Cube, whatever the case is. Now you've got Amazon Fire TV ready to go.

The good news is whatever device you've got, there's a ton of free content out there. You don't have to sign up for a ton of paid services—you can, but you don't have to.

Today we're gonna be talking about my top 10 picks for free content on your Amazon Fire TV.

A truly essential app for fans of free . . . and me

Now you might be saying, "Hang on, that's obvious!" Well, not necessarily because it was actually only recently that YouTube was finally made available on the Amazon Fire again. "Again?" you ask. Well, there was a big spat between Amazon and Google, so they took their apps off of each other's platforms, but now they've kissed and made up.

The good news for viewers like you is that now you can get the YouTube app on your Amazon Fire TV, which is vital as far as I'm concerned (obviously, because YouTube is where you get to see me). It's the most important app on your Fire TV. Once you get in there, you can search everything, just like you normally would on YouTube.

No content but a vital utility to unlock geo-blocked sports

ExpressVPN is not a content app—it's more of an essential utility. It's very important if you use other apps to view content that depends on your location. For instance, I do have one paid app on my Amazon Fire TV called MLB.TV (check out our review of MLB streaming apps here). Sports TV apps like this, or others like it such as NBA TV and NHL TV, allow you to view all out-of-market games.

But if I wanted to view my hometown team, it's not gonna let me do that—the streaming service will recognize my location and black out the home games.

ExpressVPN solves this issue by masking your location or allowing you to change it virtually. Not only does this let you beat the blackout and watch home games on your sports apps, it can be very useful for privacy reasons.

Sony Crackle is an on-demand streaming service, much like Netflix. The difference here is that it's supported by ads. That means it's free stuff.

As you can see in the video, Crackle is structured quite a bit like Netflix and organized by genre. You can watch some pretty great movies on here, like Concussion or Whiplash or, if you prefer, even some movies with titles that aren't types of injuries.

But once you start watching a show, it is going to be ad-supported, so that's something to consider if you absolutely hate ads.

Ad-supported streaming with a heavy dose of Viacom content

Pluto TV is an ad-supported live TV network with over 100 channels and a lot of great shows and movies. You'll find a lot of what I would call B team content from Viacom channels, such as MTV and BET. Viacom actually purchased Pluto TV, which is why there's so much Viacom stuff on here. Pluto TV also includes a variety of movies and TV shows, plus Stadium, a sports network where you can check out some off-the-beaten-path stuff. It's all free but ad-supported, much like Sony Crackle.

NASA has a streaming network? Who would have thought! But quite frankly, it's brilliant. It's one of my favorites. You can watch NASA events live, or you can check out the latest images and videos that they've uploaded. You can even watch interviews with the astronauts on the space station. If you're into NASA and space stuff, then this app will send you into orbit.

Asian television programming with a unique approach to subtitles

Rakuten Viki is Asian TV that has been subtitled by community volunteers, as opposed to official subtitlers. These mega fans translate the shows, subtitle them, and put them on Viki for you to watch. There are lots of great comedies, dramas, action stuff, really soapy Asian stuff. So if you're looking for something kind of off that beaten path, look up Viki. It's delightful.

Hoopla and Kanopy are kind of lumped into the same category. These are library-based apps—i.e., public library apps. You can go into Kanopy and log in with your local library card. (Most local libraries are signed up either with Kanopy or Hoopla—mine happens to be through Kanopy.) Once you're in, you can watch some awesome, high-quality movies. If you have a library card, Hoopla or Kanopy is a no-brainer way to access tons of great, free content.

A treasure trove for lifelong learners

You've probably heard of TED Talks, but you may not know that they have an Amazon Fire TV app where they've gathered all of their content. TED TV is organized around topics and gives you access to all the TED Talks in the archive. If you enjoy TED Talks, this is a no-brainer addition to your Fire TV lineup.

PBS programs with a local touch

PBS requires you to log in via an interesting way. If I go into the PBS app, it asks me to activate it by using a code they send. After that, it asks you to verify yourself by logging in using Facebook or something like that, because it's going to base your program offerings on your local PBS station. So if you have local PBS programming that you want to watch, it's going to show up on this app.

PBS Kids follows a similar activation process as PBS, but this app is a must-have if you have kids. My kids love Daniel Tiger's Neighborhood so much that I can sing you all the show's songs.

For best results, add top-notch internet
You won't get very far streaming if you don't have great internet service behind it. Check out our recommendations for the best internet for streaming to get the most out of your fancy new Amazon Fire TV device.

If you have any other questions about the apps we like, or if you have any app recommendations, hit the comments below to let us and everybody else know! 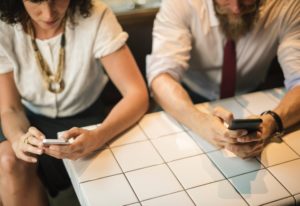