A discount carrier that lets you choose your network 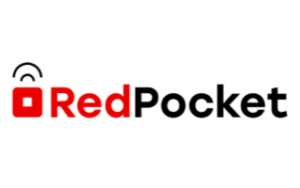 Red Pocket Mobile is kinda like the dollar theatre. You won’t get the fanciest seats (fastest data) or the newest movies (best perks), but you’ll still get the main feature you came for (a decent mobile phone plan).

Red Pocket is a mobile virtual network operator (MVNO), which means that it offers discount plans using major networks’ cell towers. It’s a great option for young kids who need to coordinate rides and adults who don’t need a ton of data.

Before we jump into this whole review, check out Red Pocket’s most popular plan, which costs just $20 a month.

If this awesome deal for talk, text, and data is all you need to see, then go ahead and sign up for Red Pocket now. If you want to know all of the nitty-gritty details, then read the rest of this review.

Red Pocket Mobile is a carrier for those who’d rather buy the cheaper, store-brand cereal than the expensive brand-name stuff that has the same ingredients (Cocoa Nuggets and Honey Nut O’s, anyone?). It may not be the most prestigious company around, but it gets the job done.

Red Pocket’s most affordable plan is just $10 a month.

This dirt-cheap (or at least cappucino-cheap) plan has no activation fee and gets you 500 minutes, 500 texts and 500 MB of 4G LTE data. That might not sound like much, but it’s plenty for many young kids or older adults who aren’t on their phones 24/7.

Red Pocket has tons of other plans. You can see the most popular ones in the chart at the top of this section. As a rule, the plans are affordable and come with talk, text, and mobile data. But, the higher-data plans from Red Pocket tend to be less of a great deal than the cheaper plans.

Are you looking for a great MVNO plan?

There are plenty of other options that run on the Verizon, AT&T, T-Mobile, or Sprint networks.

Red Pocket Mobile doesn’t just piggyback on a single network, like most MVNOs. Instead, it uses all four major networks: Verizon, AT&T, T-Mobile, and Sprint. This is awesome for those who know what network works best where they live and travel.

You can learn more about how these networks compare when it comes to data speeds and coverage, check out our network review.

If you’re looking for a cheap way to stay in touch with your tia in Argentina or your babushka in Russia? Lucky for you, Red Pocket will give you free international calling to those countries and about 70 others.

When you buy a discount product, you know there will probably be a few drawbacks. The question is, are these drawbacks you can live with? Let’s review the less-than-great parts of Red Pocket Mobile.

If you don’t know the difference between GSM and CDMA phones, then you’re not alone. Basically, both CDMA and GSM are outdated technologies that matter less and less now that phones are running on 4G LTE networks.

This is why it’s pretty frustrating that Red Pocket divides its plans by GSM and CDMA. Many people don’t know what kind of phone they have, and don’t want to take the time to figure it out.

You could get basically the same unlimited data plan from another MVNO, like Visible Wireless, for $10 less a month.

What’s the best unlimited data plan for you?

We’ve reviewed all of the best unlimited data plans out there. Find out which one is best for you, whether you want a budget plan, a family plan, or a plan with tons of perks.

Red Pocket Mobile offers up some great deals for those who don’t need a ton of mobile data or perks. But it’s not the only company. There are plenty of discount MVNOs out there, like Unreal Mobile and the carriers in the table below.

Is the unlimited family plan worth the price?
Pros
Cons

The price reflected in the chart at the top of this shows that an unlimited family plan with four lines costs $30 a month for the first line and $20 per additional line. That means your monthly bill will be $90 a month for four lines.

Four lines for $90 a month can be a pretty sweet deal if you're splitting it with 3 roommates or family members. That comes down to about $22 a month per line.

While it’s somewhat frustrating to choose between GSM and CDMA networks, the fact that Red Pocket allows you to use whatever network you want is great. And it’s even better when you’re on a family plan, because you can mix and match networks.

Yep, you can be on Verizon’s network, while your spouse who’s on your same family plan can be on AT&T’s network because the data speeds are faster. Meanwhile, your kids can be on T-Mobile’s network, if it has better coverage at their school.

There’s really just one major problem with this affordable family plan, and it has to do with your mobile data.

When you sign up for an unlimited data plan, you probably want unlimited fast data, not unlimited slow data. Red Pocket Mobile’s family plan will give you a bit of both. You’ll get 10 GB of very fast, 4G LTE data. After that, your data will be throttled at slower speeds.

Sure, 10 GB of data will be enough for many average users (to learn more about how much data you actually need, read our article on mobile data). But 10 GB is not unlimited. And once your plan kicks down to 3G and even 2G speeds you’ll probably notice issues with online gaming and streaming.

Red Pocket lets you choose the network you want.

As we mentioned above, Red Mobile lets you choose which network you want to use. If you’re having a hard time deciding, check out these coverage maps to see what network has the best coverage in your area.

You can learn more about GSM and CDMA phones in our review.

Does this provider have the latest and greatest cell phones?

You can always sign up for Red Mobile Mobile online, get your new SIM card in the mail, and pop it into your existing phone. But what if your existing phone is an iPhone 5 with a broken screen and a One Direction sticker on the back? Maybe it’s time for an upgrade.

Here’s a look at some of the most popular devices that you buy directly from Red Pocket when you sign up.

The customer service is so nice, or so awful

Small MVNOs like Red Pocket generally don’t have the budget for a huge customer service department. This, and the fact that there are fewer customers leaving reviews, makes it hard to evaluate the company’s customer service record.

Still, there are some online reviews on reputable sites that suggest Red Pocket’s customer service is a mixed bag.1

Many reviewers praise the ease of ordering a SIM card from Red Pocket online. Others love the simple and cheap plans. But negative reviews suggest that it’s hard to get an operator from Red Pocket on the phone, and when you do, they might not be too helpful.

We have no idea what the name Red Pocket means. But we do have a pretty good idea of what the company offers. Here’s the recap.

If you’re ready to save some cash on your phone bill then you can sign up for Red Pocket Mobile now.

Ready to save money on your other services, too?

If you’re looking for a discount MVNO phone plan, then you’re probably into getting a lot of service for less money. Are we right? Well, here’s a look at some other ways you might be able to get what you want while saving some cash. Every. Single. Month.

If you’re still paying a ton of money for cable TV, then maybe it’s time to ditch it and get streaming and live TV services by other means. Here’s a look at some of the best deals on streaming services like Hulu and Disney+.

You’ll want some high-speed internet to support your new streaming services. Here’s a look at the best internet plans. You might be surprised by how cheap they are.

Recommended Internet Providers
Data effective 08/15/22. Offers and availability vary by location and are subject to change.
† For the first 12 months. Some packages require a 1- or 2-year contract.
‡ New customers only. Rate requires paperless billing and excludes taxes. Additional fees apply.
^ Price after $5/mo Autopay & Paperless bill discount (w/in 2 bills). Plus taxes $ fees. Limited availability. May not be available in your area.
° For the first 3 months.