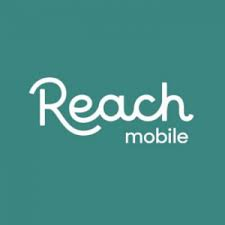 No doubt, the coolest thing about Reach Mobile is the charitable aspect. When you sign up for Reach Mobile, a woman in need gets a free wireless plan. Sort of like the whole “when a bell rings, an angel gets its wings” thing, but this one is real.

Essentially, you’re paying for two plans—your own, and one for another person in need. Overall, it makes for a slightly more expensive data plan (especially for an MVNO), but it’s all for a good cause.

Sign up for Reach Mobile with promo code “WHISTLE503” and get 50% off for the first 3 months on the first line. All of the prices you see in the tables below assume you use the promo code.

You choose how much high-speed data you want

Reach Mobile offers a solid variety of data plans, and each one benefits another person in need. They aren’t the cheapest wireless plans in the world, but hey, it feels good to give back.

Before we get into pricing details, it’s important to understand what you’re paying for with Reach Mobile. As you might have guessed, the name “Reach” implies reaching across the digital divide and helping others with less connectivity. Around 3.9 billion people in the world don’t have a basic mobile connection, which can create barriers for employment, security, and health care.1 Part of your bill helps Reach provide mobile service to those in need.

You can even keep track of all the good you’re doing on Reach Mobile’s app. 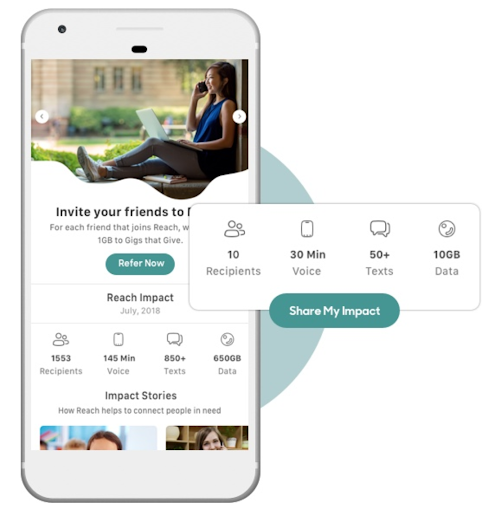 You can keep track of how many people you’re helping, how many minutes of phone calls they’ve enjoyed, how many texts they’ve sent out, and how much data they’ve used. It’s basically an app that helps you feel better about yourself. Tough to put a price on instant self-esteem.

You’ve got four different plans to choose from, and the data ranges from 3 GB a month to unlimited data.

It’s a $10 to $15 jump between every data plan, maxing out at around $65 a month for the unlimited plan (not factoring in any promo discounts). Reach tends to be a few dollars more expensive than other MVNOs, which makes sense considering the charitable aspect.

How much data do I use?

To make the right call for what Reach data plan you should choose, you might want to check how much data you use now. Let’s look at my data over the past month as an example: 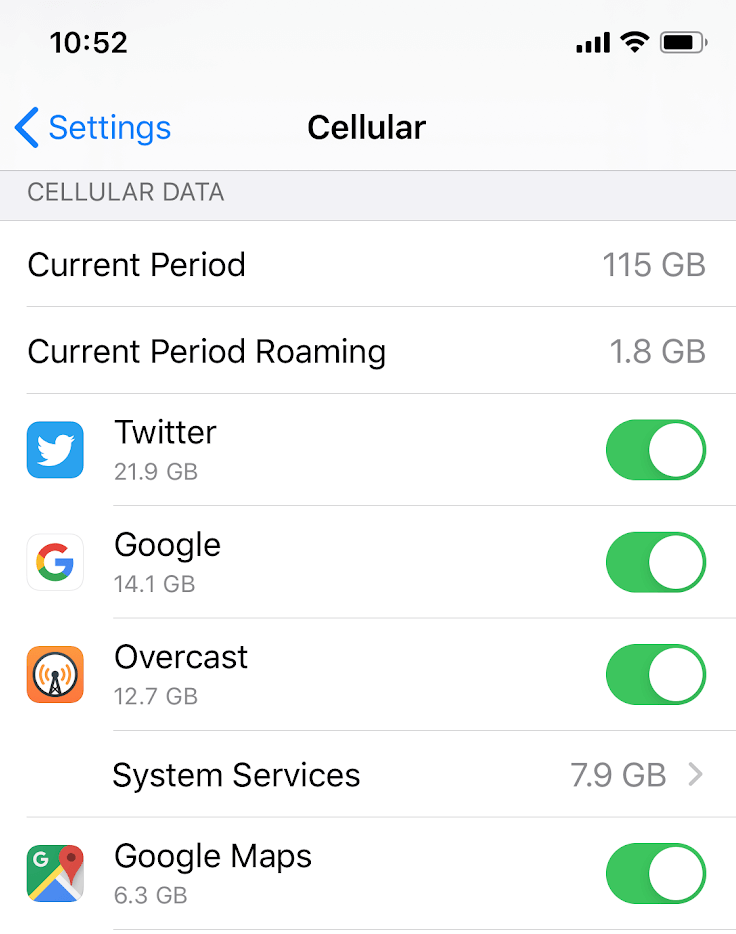 I use my phone way too much to opt for anything other than an unlimited plan. But you probably don’t check NBA Twitter as often as I do, so you could probably get away with Reach’s 3 GB or 8 GB plans.

You could also stick to Wi-Fi wherever you can and make your high-speed data last longer.

No data overages
So, what happens if you pass your data allotment in a given month? Good news: Reach Mobile won’t charge you for using extra data. Bad news: your data will be slowed down to a snail’s pace. But if you’re a day or two away from a new billing cycle, you should survive.

We don’t mean to speak ill of a charitable enterprise, but there are a few drawbacks to Reach.

Wouldn’t it be great if you could pay low prices for your data plan and donate to charity at the same time? Sadly, this isn’t the case with Reach Mobile. You’re paying more than you would with other comparable wireless providers—especially for unlimited data.

Take a look at how Reach Mobile compares to similar unlimited providers:

The above list is organized from least expensive to most expensive, and Reach Mobile sits at the very bottom of the list. You’re paying upwards of $20 more each month for Reach unlimited than you would for another unlimited wireless provider.

Honestly, there’s nothing to justify the expensive price other than the charitable aspect of Reach Mobile. The coverage is the same you’d get with another provider on Verizon’s network, like Visible wireless, and there are no perks to sweeten the deal either.

Reach’s Best Fit™ feature can help you save money
Here’s one cool thing about Reach: if you end up using less data in a month, you can be charged for a cheaper plan.

For example, let’s say you’re paying for the unlimited plan, but you use less than 3 GB of cellular data in a given month. You’ll end up paying $20 for that month, as opposed to $65 for the full unlimited charge.

In this case, Reach Mobile finds itself more in the middle of the pack rather than on the most expensive end (even after the discounted rate).

From a value perspective, you’ll get the best deal by going with a limited data plan. Reach’s unlimited data only really makes sense if you want to donate more. Otherwise, you could find much more bang for your buck with another unlimited phone plan.

Reach family plans are for families who are happy to share from the same data pool.

You can certainly save some money by getting the whole family on Reach Mobile. Take a look at the Basic Plan—you’re paying about $18 per line with the discount.

That cuts the cost of the individual Basic Plan by roughly 40%. It’s the whole buying-in-bulk philosophy in the sense that you’re paying for multiple lines, but each individual line is cheaper in a family plan.

The catch is that you share the same data pool. Let’s say your family opts for the Basic 3 GB plan. That means you have 3 GB of data to share across the whole family—not 3 GB of data each. So if you have any cellular data hogs (or teenagers, honestly) in the family, it might be tough to share a limited amount of data.

Reach Mobile is a mobile virtual network operator (MVNO), which means it piggybacks on another network to provide coverage. In this case, Reach Mobile uses Verizon’s network, which just so happens to be the best in the country. Verizon covers 94.2% of the country.2 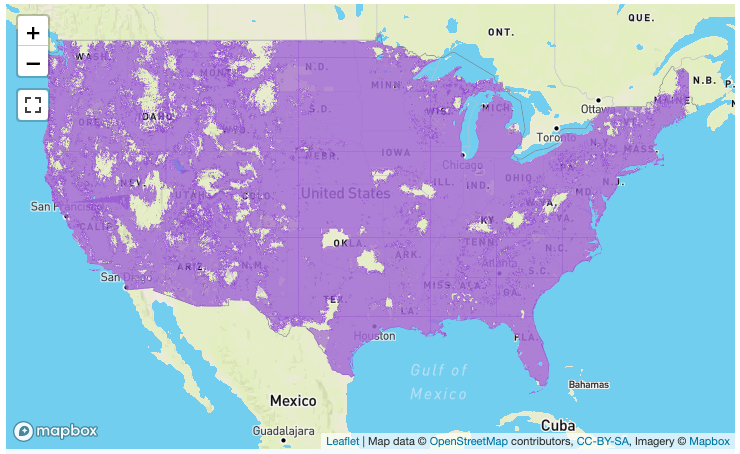 There are a few pockets of the country where service can get spotty (some areas of Idaho, Nevada, Oklahoma, Kentucky, and Virginia), but generally speaking, your coverage should feel super reliable. 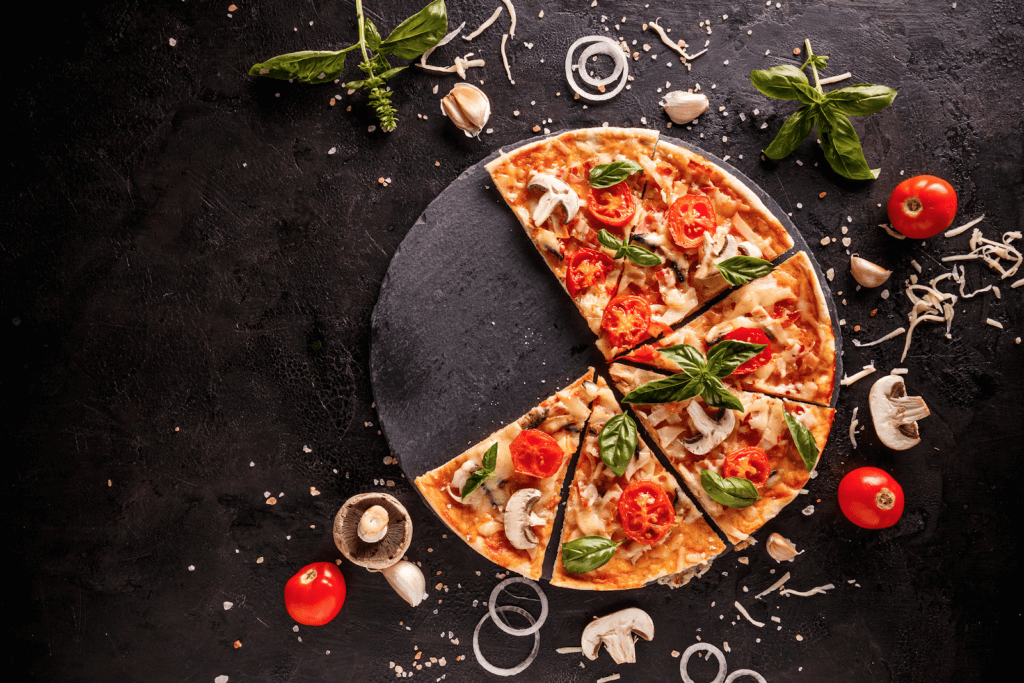 Deprioritization is not unlike a pizza. Verizon users get the most slices, or in other words, the fastest data.

What kind of download speeds can I expect with Reach Mobile?

Your data speeds may vary with an MVNO like Reach Mobile (due to deprioritization), but Verizon has one of the fastest download speeds in the country.

In fact, according to our own speed test research, the average download speed on the Verizon network is 32.2 Mbps.

Reach Mobile is compatible with the latest devices

You can basically use whatever phone you want with your Reach Mobile plan. You can use the new Apple iPhone 11 or the Samsung Galaxy S10. There’s only one big exception—Reach goes as far as Google Pixel 3a XL, but it doesn’t support Google Pixel 4. Hopefully, that changes within the next few months.

Reach Mobile checks off a lot of boxes: strong coverage, fast data speeds, compatible devices, and—the icing on the cake—charity donation with your cell phone plan. The only real mark against it is its higher-than-average MVNO pricing.

Plans: Reach offers a variety of data plans ranging from 3 GB to unlimited data. The prices are slightly more expensive than average for the basic and mid-tier plans, but Reach’s unlimited plan is pretty pricey. You can save some money with a basic family plan.
Coverage: Reach Mobile uses Verizon’s network, and it’s the best in the country. However, your data speeds and coverage could drop suddenly if you’re in a crowded area.
Overall: Reach Mobile scores big points with us for its donations to charity, but we’d love to see its prices drop just a little bit more. But if you have the means for a more expensive phone plan, Reach should be a reliable carrier.

Have you recently made the switch to Reach Mobile? Tell us about your experience in the comments of this Reach Mobile review. And while you’re at it, tell us how many people you’ve helped with your plan.