For residents of Texas, Astound Broadband, powered by Grande Communications beats bigger-name competitors with low prices and fast speeds. But if you’re outside the state, you’re out of luck.

Looking for a Grande internet review? You're in the right place.

This might make things a little confusing, so we'll try to keep it as clear as possible and update this review if any more changes roll down the line.

Astound Broadband, powered by Grande offers low promotional prices for fast download speeds with no contract required. It also comes with unlimited data, and all this good news may leave you wondering, "What's the catch?"

Well, if you're not a resident of Texas, you won't see Astound, powered by Grande internet in your area. And those low prices don't last forever.

But if you call the great state of Texas home, let's dig into the details and find out if Astound, powered by Grande Wi-Fi internet service is right for you.

Astound ain’t greedy, you’ll get a lot of speed for comparatively little cash

If you’re daydreaming about a faster internet connection, Astound Broadband has you covered with its cable internet plans. Even one of its lower-priced plans, Internet 300, gives you more than enough speed to stream in 4K, escort the payload in Overwatch, or binge-watch the latest season of The Expanse.

Usually we recommend fiber internet over cable or DSL because fiber speeds tend to be more reliable. But with 50, 300, 600, or even 940 Mbps, we think Grande's cable plans should do the trick for most anyone.

Not everybody needs 1 gig (in Astound's case, 940 Mbps) speeds, so if you can save some cash by grabbing the Internet 300 or 600 plan, go for it. But that's not to say Astound's Internet 940 plan isn't well-priced. It's one of—if not the—lowest-price gig plans out there right now.

The Internet 940 plan also comes with the fastest upload speeds. That's perfect if you upload lots of photos or plan on starting a career as a famous YouTuber in the new decade.

Astound Broadbands 50 Mbps plan is its cheapest offer out there, but we wouldn't recommend it to most folks. If you're the only one using your internet, the 50 Mbps plan is a great budget buy. But if you share your internet with your family or roomies, enjoy online gaming, or work from home, you'll want to upgrade.

Here's how Astound internet prices compare to Spectrum and AT&T Fiber, two other ISPs that serve the great state of Texas.

Unlimited data and fast speeds for gamers and streamers

Though you don't get a ton of download speed choices, Astound Broadband's internet plans are all affordable enough for casual users. The best part is, most of those plans are also fast enough for power-users like gamers, HD and 4K streamers, and livestreamers.

Astound's (formerly Grande) Wi-Fi internet download speeds are comparable to big names like Verizon Fios, Xfinity, and Frontier. That's good news because if you go with Astound Broadband, you may pay less for higher speeds.

When it comes to delivering the download speeds it promises, Astound does well. It ranked eighth overall and fifth in terms of large ISPs in our latest report of the fastest internet providers.

While Astound, powered by Grande's score of 42.9 out of 100 may seem mediocre, it's actually quite good. The fastest ISP scored 75.6 out of 100, and Astound's score still puts it at eighth out of the 38 total internet providers we analyzed.

We should also note that the Reviews.org weighted speed score isn't a representation of Astound Broadband's (formerly Grande) actual download speeds. Instead, it's a combination of the average download speeds, upload speeds, and latency that Astound internet users saw in more than 1 million speed tests taken in 2019.

A lot of ISPs cap off your data around 1 terabyte (TB), which is plenty for most users. However, if you’re constantly streaming or downloading online games, you might hit that 1 TB cap before the month is up.

But with Astound's unlimited data, your speeds won’t be throttled and you won’t get a passive aggressive email at 2 a.m. on the 28th of the month that warns that you've almost hit your data cap.

No contracts means you can break free from Astound Broadband, powered by Grande internet without getting charged

We appreciate that Astound's (formerly Grande) internet doesn’t make you sign a long-term contract. Some ISPs go as long as 2- or 3-year agreements. And if you leave those contracts, you usually end up paying early termination fees, sometimes up to $240 or more. No thanks.

If you're unsatisfied with Astound Broadband, powered by Grande, you can tell them goodnight and go home without facing any early termination fees or other messy breakup problems. No muss, no fuss.

You can rent a modem or Wi-Fi mesh system from Astound—or you can bring your own equipment.

The monthly fee for Astound's equipment isn't bad. We’ve seen these fees as high as $20 per month elsewhere.

But you'll likely save money if you purchase your own modem and router combo.

Here's a quick look at the yearly rental cost of your Astound Broadband internet equipment compared to the cost of an Astound-compatible modem and the Amazon eero mesh Wi-Fi system.

*Amazon.com List prices of $169.99 and $199.00 (as of 12/7/2021 at 11:23 AM MST). Product prices and availability are accurate as of the date/time indicated and are subject to change. Any price and availability information displayed on Amazon.com at the time of purchase will apply to the purchase of this product. Reviews.org utilizes paid Amazon links.

We’re always on the lookout for fees that companies don’t include in an advertised monthly price. Fortunately, we didn’t see anything out of the ordinary with Astound Broadband, powered by Grande. You’re always subject to taxes and other weird little fees, but we wouldn’t expect these to dramatically change your price.

Don't expect spectacular customer service from Astound Broadband, powered by Grande. Or from any ISP, for that matter

The world of internet service isn’t great when it comes to customer service and we don’t see anything standout from Astound (formerly Grande) in that department.

It's hard to pinpoint just how bad or good Astound Broadband is when it comes to customer service since the latest American Customer Satisfaction Index (ACSI) report doesn't rate Astound (formerly Grande) individually. Instead, it's lumped in with a bunch of other ISPs in the "All Others" category.2

But there are some good points. The company has chat (our preferred way of handling tedious internet problems) and some basic user guides and FAQs that might get you through some tough spots.

You still have the option to call an agent, and it shouldn’t take you more than seven rings to get your problems solved. Grande has 24/7 support, which is more than you can expect from other companies.

Here's how to get a hold of Astound Broadband (formerly Grande) in case you need to get them on the horn:

Yup, Astound Broadband, powered by Grande gets an A+ in our book, we think it's one of the better ISPs out there.

Astound Broadband's great speeds at decent prices—and without data caps or contracts, even, are what makes it such a big deal. We're just ugly crying in our corner over here because it's available only in Texas.

Data effective 12/7/2021. Offers and availability vary by location and are subject to change.
* For the first 12 months. 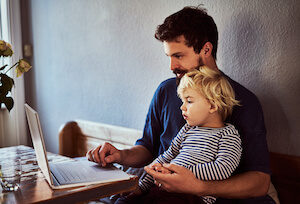