For a long time the internet market was dominated by plans that locked you into long-term contracts with hefty early termination fees. But a new day is dawning, my friends. More and more internet service providers (ISPs) are offering no contract plans.

We’ll dive deep into the five best no contract providers out there. There are options for every budget, lifestyle, and geographic area.

Read on to find the plan that’s right for you.

The top no contract internet providers
No contract internet provider comparison chart
Data effective 11/11/21. Offers and availability vary by location and are subject to change.
* w/ Auto Pay + taxes & equip. charges.
† Price after $5/mo Autopay & Paperless bill discount (w/in 2 bills). Plus taxes $ fees. Limited availability. May not be available in your area.
‡ For the first 12 months.
^ Plus taxes and fees. Service not available in all areas.
° New customers only. Rate requires paperless billing and excludes taxes. Additional fees apply.

What to look for in a no contract internet plan

A plan without a contract—check. What else do you want from your internet plan? We have a few ideas that may help you figure that out.

Verizon isn’t just a big player in the cell phone industry. If you live in the Northeast, it may be your best bet for powerful, affordable, and contract-free internet service. Let’s dive into it, beginning with the company’s plans and performance.

That’s a decent spread of powerful plans. Even the cheapest and slowest of the bunch will deliver 200 Mbps speeds, which is more than enough for most small households. At $39.99, it’s an incredible deal.

You may notice that some of the plans above have the same price, but different speeds. This is because different plans are available in different areas. Basically, there are three price tiers ($39.99, $64.99, and $89.99). The speeds you get in those tiers will depend on where you live.

Speaking of where you live … 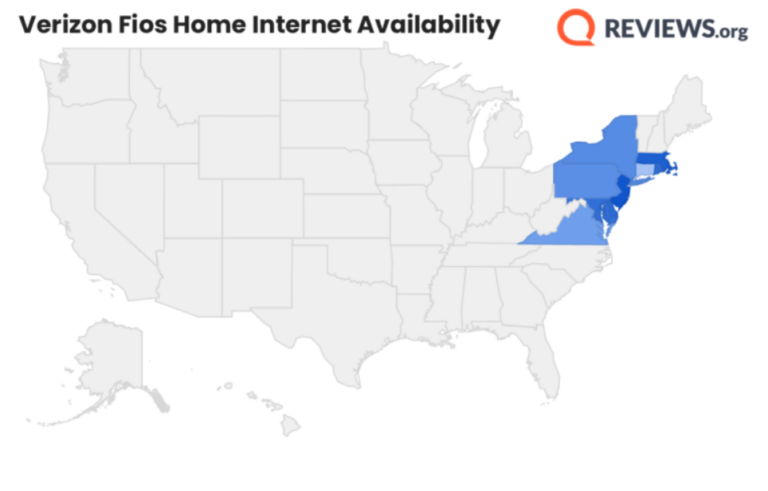 Data effective as of post date. Availability varies by location and is subject to change.

If you live in one of those states, Verizon’s coverage is generally great. If you don’t live in those states, then don’t despair, there are other great options (check out the AT&T section right below this one).

While it’s still in its infancy, Verizon has begun offering 5G home internet in select cities. This wireless, no-contract internet service can give you wildly fast speeds, and you don’t have to deal with any fussy cables.

Verizon Fios Home Internet offers fast internet for those who want to cut the cord. But, if you’re not ready to give up cable then you’ll find some great bundle deals from Verizon that don’t require an annual contract.

Fios TV offers up to 425 channels, including premium channels like HBO, SHOWTIME, and CINEMAX.

Verizon isn’t the only cellular carrier on this list. AT&T offers impressive deals on fiber (and non-fiber) internet, with a huge range of availability. And its 1000 Mbps offers more bang for your buck than any other plan on the market.

AT&T actually has two types of internet service: DSL and fiber-optic. Which service is available depends on where you live. In general, fiber offers faster, more reliable data speeds. All of the plans listed below are AT&T fiber internet, except for the first one.

While AT&T’s DSL plan is okay, it’s the company’s fiber plans that offer the best performance and price. At $60, the AT&T Internet 1000 plan is the most affordable gig-speed internet plan on the market!

Fiber plans also offer faster upload speeds and unlimited data, while AT&T’s DSL plans come with a 1 TB data cap and relatively sluggish upload speeds (which can cause issues if you’re trying to play modern video games or Zoom into a work meeting).

The biggest problem with most fiber internet providers (like Verizon and Google) is that they have a very limited coverage area. But AT&T’s fiber service is available in dozens of communities across the country, from California and Texas to Florida and Michigan.

This map shows the states where AT&T internet operates. 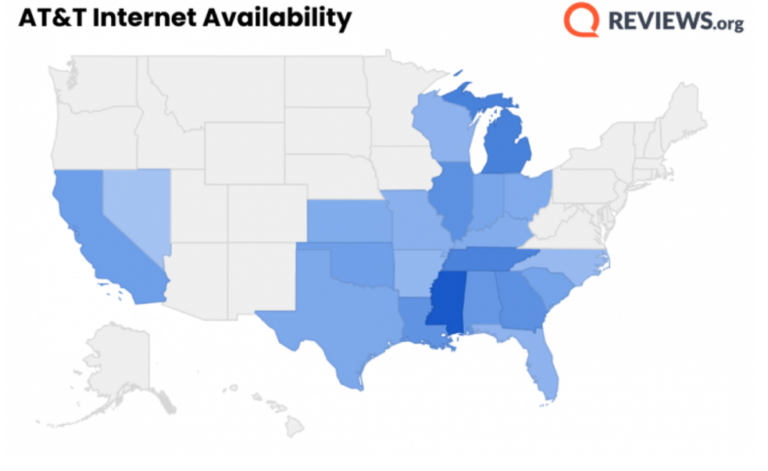 While certain major cities may have other quality, high-speed internet providers available, in many “flyover states” AT&T will clearly be the best game in town.

Now that fancy fiber-optic and 5G technologies are on the market, you might be tempted to shelve cable internet with other relics of the 2000s, like low-rise jeans or Will Ferrel movies. But don’t write it off so fast.

In certain areas where fiber internet isn’t available, cable internet from Spectrum can be your best option for super-fast, contract-free internet.

Spectrum only offers three different plans, at 200, 400, and 1000 Mbps speeds. The prices on these plans range from “fair enough” to “a little overpriced”. Check it out in the chart below.

At $49.99 a month, Spectrum’s 200 Mbps is pretty much in line with other ISPs. But it’s higher tiered plans are more expensive than similar offerings from Xfinity, Verizon, CenturyLink, and other companies.

Plus, Spectrum has a nasty habit of raising its prices after the first 12 months of service, so be sure to read that fine print before you sign up.

Despite our complaints about Spectrum’s pricing, it may be the fastest fish in a small pond, especially in rural parts of the West, Midwest, and Northeast. Just take a look at this impressive Spectrum internet coverage. 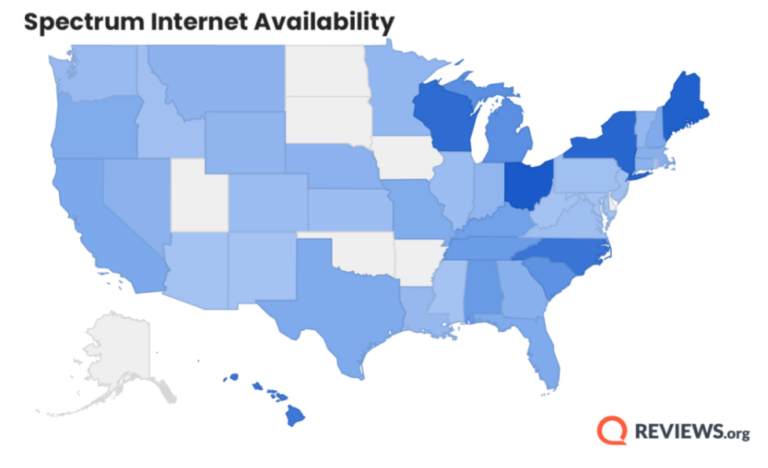 Spectrum is probably better known for its cable TV service than its internet service. So it’s not surprising that the company offers some cool double-play bundles. These no-contract bundles can hook you up with all your favorite channels and save you some money on both your TV and internet bills.

Google made a big splash in the internet market when it revealed its Fiber service a few years ago. And, to be honest, the company mostly lived up to the hype.

Google offers the fastest internet around at a very fair price. The biggest question is, do you live in a place where Google Fiber operates?

Here’s everything you need to know about Google’s no contract internet service.

Google Fiber offers just two plans: really fast and really super ridiculously fast. Ok, they actually have more mundane names, but you get the idea. This chart has all the details.

Google Fiber Internet plans
Data effective 04/26/22. Offers and availability vary by location and are subject to change.
°°° Plus taxes and fees. Upload/download speed and device streaming claims are based on maximum wired speeds. Actual Internet speeds are not guaranteed and may vary based on factors such as hardware and software limitations, latency, packet loss, etc.

$70 for 1000 Mbps may not beat AT&T’s super-low gig-speed internet price, but it is still a very fair price, especially when you consider how reliable Google’s Fiber service is.

Comparing Google’s 2000 Mbps plan to other plans feels like comparing a Lamborghini to a Carolla. It’s just not fair. But it definitely says something that it's cheaper than slower plans from companies like Spectrum.

In short: you want Sonic the Hedgehog level speeds, then this is the way to go.

Obviously, both of Google’s plans come with no contract obligations. You can cancel at any time (but why would you?)!

Google isn’t the only super-fast ISP.

So, if it’s so fast, why isn’t everyone using Google Fiber internet? The answer is simple— most people can’t sign up. Fiber is only currently available in 12 metropolitan areas. Here’s a full list of those cities:

There’s a lot of speculation about Google Fiber’s plans to grow to new markets. Some think the service is as good as dead. But others (including Google) see expansion in the future.

In short, if you don’t live in a place that currently has Fiber, don’t wait around for it to come to you.

We’re not going to sit here and tell you that CenturyLink is the best ISP in the world. It isn’t the fastest and it has a reputation for sub-par customer service. But, it does offer cheap, no contract plans in parts of the country where other providers don’t exist.

CenturyLink’s mixture of value and availability makes it a great backup option for those who can’t get any of the other providers in this list.

CenturyLink has two basic plans. One of them is for DSL internet and the other is for fiber internet. Your plan options will depend on where you live, but in most places CenturyLink only offers DSL service.

CenturyLink internet plans
Data effective 04/18/22. Offers and availability vary by location and are subject to change.
**** Speed may not be available in your area. Paperless billing or prepay required. Additional taxes, fees, and surcharges apply. Get the fastest internet speed available at your location (max speed is up to 100 Mbps).
†††† Speed may not be available in your area. Maximum download/upload speed of up to 940 Mbps via a wired connection. Paperless billing required. Taxes and fees apply. Offer Details Online ONLY: Free Modem Free Install

At $50, CenturyLink’s Simply Unlimited Internet plan is a decent deal. It comes with no data cap, speeds up 100 Mbps, and (of course) no contract. The biggest issue is that, in some areas, CenturyLink’s internet is actually much slower than 100 Mbps (it can go down to 15 Mbps). So be sure to clarify what speeds you're paying for before you sign up.

Widespread availability is what makes CenturyLink such a great backup option for no contract internet. If you live in a smaller town in Washington, Idaho, or Montana, then CenturyLink may be your best ticket to high-speed internet. You can see all of the states that CenturyLink covers in this map. 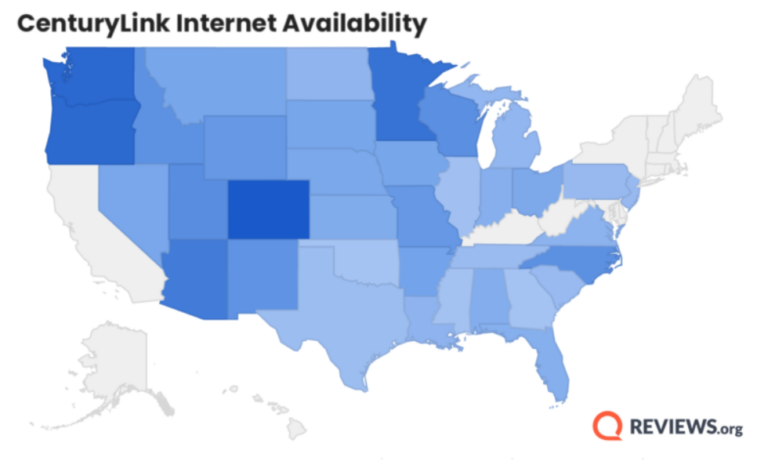 That completes our PhD dissertation about no contract internet plans. Here’s the recap for those of you who got bored and skipped to the end.

We narrowed down our choices for the five best no contract internet providers by looking at the following features:

We think that these features capture a holistic view of each company. Of course, different features will be weighted differently for different customers (you don’t care about the price of a service that isn’t available in your area, for example).

We strived to outline both the pros and cons of each provider, so that our readers could make informed decisions. Thank you for trusting us to help you find your next internet plan! 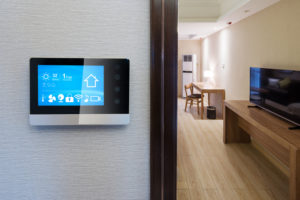