Hulu is best for newer content, but Netflix will give you more than double the hours of entertainment

So you're trying to decide between two of the best on-demand streaming services: Hulu and Netflix. But which one comes out on top?

To compare these two services effectively, we've got to get into the details. So we compared pricing, on-demand content, original content, and the user interface (ya know, all the good stuff).

And of course, the "best" service will vary from person to person. So, which one is best for you?

How do Hulu and Netflix compare in price?

Hulu might be cheaper, but Netflix lets your family stream on multiple devices at once

At first glance, Hulu has the cheapest starter plan. But it's only worth it if you don't mind ad interruptions during your binge-watching.

It's nice to have that cheap $7 option for a streaming service if you're on a budget, though. And you can share an account with your spouse or roommate.

An awesome bonus to Hulu: you can get the ultimate entertainment bundle with Hulu, ESPN+, and Disney+. Get all three services for $14-$20 per month and save $8–$14 than if you were to get each service separately.

How much does Hulu cost?
Data as of 12/13/21. Offers and availability vary by location and are subject to change.
* 30 day free trial, then 6.99/mo. includes ads
† Hulu (No Ads) excludes a few shows that play with ads before and after the video.

Netflix doesn't have any ads whatsoever.

And if you have your eyes on a Premium plan, Netflix's Premium plan is worth the extra few dollars if you want four simultaneous streams instead of two like Hulu.

If you're sharing an account with the family, no one wants to go through the headache of waiting for someone to finish using Netflix so you can watch Bridgerton or Good Girls.

If you choose Netflix's Standard or Premium plan, you'll watch all of your content in HD (high definition). We know we like to watch Dave Chappelle's comedy specials in HD so it feels like we're sitting in the audience.

Both services win a gold medal, but for different reasons

With Hulu, you will find Thursday night’s episode of Brooklyn Nine-Nine on Friday morning, making Hulu is the best cable replacement if you’re looking for an on-demand streaming service.

So you just have to decide if you want newer content with Hulu or more content with Netflix. (Or just get both!)

Some TV shows and movies you’ll get to enjoy with Hulu include the following:

Next-day content can you find on Hulu are the following:

A few TV shows and movies you can watch with the fam on Netflix include the following:

Check out our Hulu review and Netflix review for more content you'll get with these on-demand services.

Which service has better Original content, Netflix or Hulu?

Netflix has better and more Original content overall. Why? Because Netflix creates unique content with famous directors, producers, and actors.

But Hulu is right behind Netflix, so you'll win with either service.

Popular, noteworthy originals on Hulu include the following:

Critically acclaimed, binge-worthy originals on Netflix include the following:

Does Hulu or Netflix give you a better user experience?

Both Hulu and Netflix have an easy-to-use interface, and honestly, they look somewhat identical.

You can expect to see a featured TV show or movie at the top of your screen before scrolling down to your horizontal rows of My List, Movies for You, and Bingeable TV. 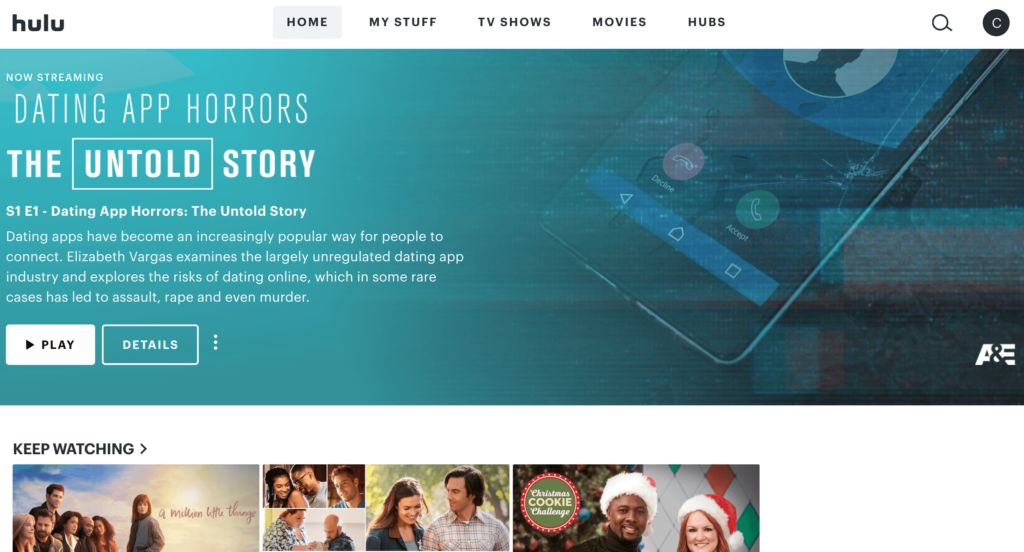 Hulu’s interface has some the same homepage tabs as Netflix: TV Shows, Movies, and My Stuff/ My List. But what sets Hulu apart is the Hubs tab.

This is where you can find movies and TV shows categorized by TV channels, like FX, Cartoon Network, and ABC. So if you’re a huge fan of ABC shows, Hulu makes it easy for you. 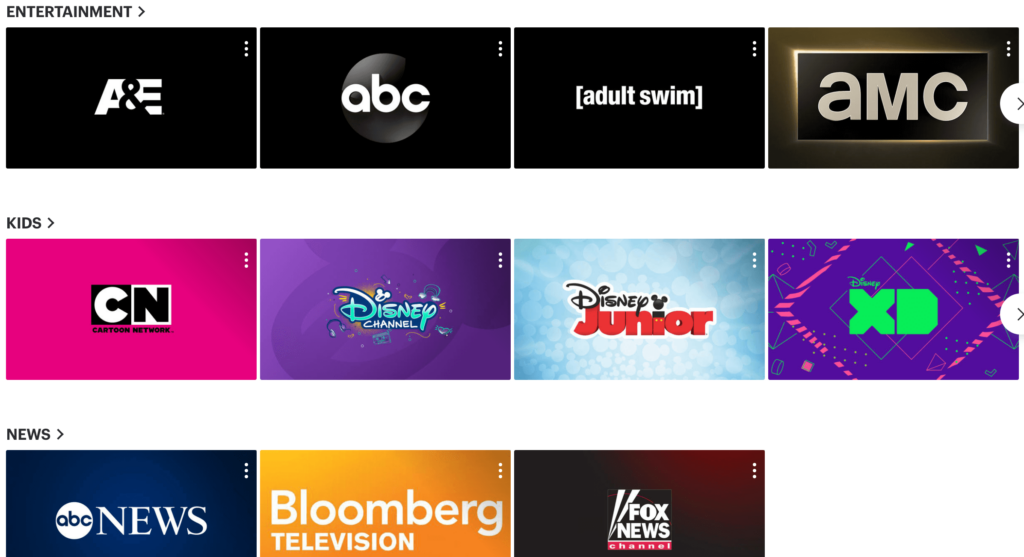 And Netflix has a new tab labeled New & Popular to find everything new Netflix added (especially if you've already binged everything in Netflix's library).

Overall, you can’t go wrong with either interface. Hulu and Netflix have some of the smoothest, most aesthetically pleasing interfaces in the on-demand streaming service industry.

On which devices can you stream Hulu and Netflix?

Good news! Hulu and Netflix are compatible with almost every device.

You and your nephew, spouse, or kiddo can stream Hulu on these streaming devices:

Stream Netflix all day long on these streaming devices:

(Not sure what internet speed you have? Test it out with our tool.)

Have you streamed before?

If Netflix or Hulu is your first-ever streaming service, we suggest taking a look at our beginner's guide on how to stream TV.

Recap: Netflix is better than Hulu

Hulu has recently-aired TV episodes, but Netflix has so much more content

If you're looking for a streaming service that will give you lots of entertainment hours, Netflix will be your pick. Netflix is also perfect for families since you can stream on up to four devices compared to Hulu's two.

But Hulu can also be great for families if you decide to do the Hulu, ESPN+, and Disney+ bundle. Guaranteed, everyone in the family will be happy.

Now that you know about Netflix and Hulu, here are your next steps.

Need reliable internet for streaming? Check out our top-ranked providers.