What Is a SIM Card?

If you’ve ever bought a cell phone, you’ve probably had to insert a little rectangular chip from your carrier, called a SIM card. SIM cards are essential to the working of most cell phones.

But what exactly are these little chips and how do they work? Here’s a short guide.

But what does a SIM card actually do?

SIM stands for “subscriber identity module,” but that doesn’t mean much to most of us. In basic English, a SIM card is a memory chip that holds information about you as a cell phone subscriber. It uses a seventeen-digit number to identify the country, carrier, and user of any given cell phone.

So, when your cell phone connects to a mobile network, the SIM card tells the network who is using it. That way they can track how many minutes you’re using talking to your Aunty Cleo and how much data you’re gobbling up playing Candy Crush.

SIM cards can also store small amounts of information, like contacts. This makes it very useful for transferring your cell phone service to a new device. (Though it’s also increasingly easy to do this with Bluetooth and Wi-Fi technology on smartphones.) Just pop out the SIM card and insert it into your new phone and, voila, you’re good to go!

Can a phone work without a SIM card?

There used to be a class of phones, called CDMA phones, that didn’t use SIM cards. But with the advent of 4G LTE and 5G networks, most phones have adopted SIM cards. So, if you’ve got a modern smartphone (or even a slightly older one) then it will probably need a SIM card to connect to the mobile network.

However, you can still use a smartphone without a SIM to do certain things off-line or off-network, like play games, use the calculator, or record voice memos. And you can connect to a Wi-Fi network on most smartphones, with or without a SIM card, to browse the web, play games, or even call friends using certain apps, like Google Voice.

There are different sizes of SIM cards

There are three sizes of SIM cards: standard, micro, and nano. You don’t need to worry about these sizes very much because almost all phone companies—from big carriers like Verizon to small MVNOs like Mint—are now using nano SIM.

If you have a very old SIM card that’s a standard or micro size, you may have to cut it down to size to fit into new devices, or have it replaced by your carrier.

Some phones are now equipped with eSIMs, which are basically digital SIM cards that don’t require any physical chip to be embedded in your device. eSIMs are considered more reliable and secure than physical SIM cards.

Well folks, that’s about all you really need to know about SIM cards, unless you're trying to become a cell phone technician or something, in which case, we can’t help you out. 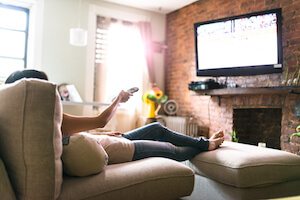 By
Easton Smith
How to Get Basic Cable for Free
While getting true cable TV for free isn’t possible (at least not legally), you can... 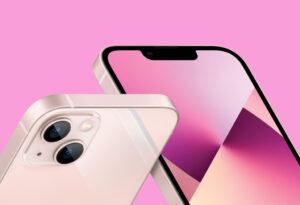 By
Easton Smith
How to Set Up an iPhone
Setting up a new iPhone and transferring your data from an old device is easy.... 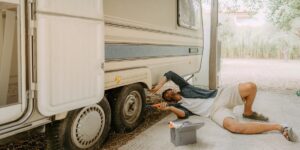 By
Brianne Sandorf
How to Secure Your Van or RV Against Break-Ins
Try these tips if you’re looking to soup up your van security.