Let’s cut to the chase here: Reach Mobile is a great option for those who want to know their money is going to a good cause. But there are some drawbacks that will drive many customers away, like slow data speeds and price increases.

AT&T, on the other hand, offers super-fast data speeds, high data caps, a bunch of perks, and relatively consistent prices. However, the starting price is higher than Reach.

The chart above compares all of AT&T and Reach’s plans. While it may look like an obvious choice—Reach’s unlimited data is half the price of AT&T’s—the truth is more complicated.

For one, Reach’s prices go up after three months. And AT&T’s data speeds are much faster.

We’ll dive into the details of all these plans right now, beginning with Reach.

As you can see, Reach’s most powerful plan costs just $32 a month. But keep in mind our warning above: these are just promotional prices. After your first three months the prices will double, making that unlimited data plan cost $65 a month!

But $65 a month doesn’t sound so bad when you realize that Reach is giving away some of that money to amazing charities.

Probably the biggest selling point for Reach Mobile is the company’s charitable giving.

Reach will give a chunk of its profits to help women all over the globe get cell phones and get connected to a cellular network. “Get a plan, give a plan,” is one of the company’s mottoes.

You can even use the Reach Mobile app to see just how much you’ve contributed to charity through your subscription!

But for all the good work Reach does afar, it still has a few problems back home. Specifically, Reach’s data has some issues.

Most carriers cap the data usage of their customers, even on unlimited data plans. Usually the cap is around 20-50 GB a month.

But with Reach Mobile, it’s a lowly 20 GB! After reaching the cap, your speeds can be reduced, making it hard to stream your favorite jams or play a match of Fortnite.

And that’s not the only problem with Reach’s data. The company is a mobile virtual network operator (MVNO), which means that it doesn’t own its own cellular towers.

Instead, it uses Verizon’s network. When that network gets busy, Verizon can (and will) slow down data speeds for Reach customers. It’s called data deprioritization.

AT&T is one of the Big 3 in the mobile industry. If you’re looking for a powerful plan with tons of data and perks, you’ve come to the right place. AT&T sells four main postpaid plans, one 4 GB plan and three unlimited data options. Here’s a look at the prices.

Each of these plans comes with unlimited talk and text, and they all give you access to AT&T’s 5G network. But there are some major differences between the three unlimited data plans that we’ll cover right here.

AT&T wants to thank frontline workers for all the hard work they’ve done in the last year. So the company is offering some pretty steep discounts for first responders, nurses, military families, and students.

Reach offers a variety of decently priced plans that give you a warm feeling in your heart (because some of your money is going to charity).

AT&T skips the warm feelings in favor of cold, hard performance: its plans have faster data speeds, more perks, and higher data caps. But they cost more too.

Winner: AT&T will give you a steep discount for bundling with family.

This section is going to be short and sweet because there’s really no comparison here. Reach doesn’t really do family plans. Meanwhile, AT&T has some of the best family plans on the market.

Take a look at this WhistleOut chart of AT&T’s 4-line family plans.

AT&T’s unlimited data family plans will give you all of the features and perks of an individual plan while saving you a boatload of cash.

For example, the Unlimited Extra plan normally costs $75 for a single line, but when you get four lines it’s just $160 meaning you save $140 a month! Wowza.

Now you can, technically, add additional lines with Reach. But these aren’t really family plans because they don’t give you any perks or discounts. It’s just like having two separate phone plans on a single account.

Reach and AT&T both offer great coverage. But, since Reach actually uses Verizon’s nationwide network, it will give a slight edge when it comes to 4G coverage in rural areas.

You can see how each carrier’s coverage looks in your neighborhood using this interactive map.

Remember, even if Reach has better coverage in your area, your data speeds will likely be much slower than what you’d get with AT&T due to deprioritization.

All three major carriers are rolling out robust 5G networks that can give you data speeds of more than 100 Mbps! Sadly, Reach Mobile doesn’t let you get onto Verizon’s 5G network. So if you want to take your performance to the next level with a 5G phone, AT&T is a better choice.

Winner: AT&T’s selection of flagship devices is impressive, but some may prefer Reach’s deals on cheaper devices like the iPhone SE.

If you want to get the best price on a brand new phone then the best time to buy is when you’re switching plans. Both AT&T and Reach Mobile have some sweet deals to check out.

AT&T tends to focus on flagship phones, like the iPhone 12 and the Galaxy S21. Reach, on the other hand, likes to sell cheaper devices, like the awesome iPhone SE (2020).

These WhistleOut charts will show the most popular new phone deals from both companies.

That’s the end of our in-depth Reach vs. AT&T review. Now it’s up to you to decide which carrier is a better fit. We hope this quick recap will help you make up your mind.

We started this article with a full day of research. We looked at every single plan offered by Reach and AT&T. We used WhistleOut charts and the companies’ own websites to evaluate these plans based on price, features, coverage, and perks.

We then used our own proprietary data from over 100,000 mobile customers, and online user reviews, to determine the performance of AT&T and Reach. We used our plan evaluations and performance data to make recommendations for different kinds of mobile users.

When it’s all said and done we spent over 12 hours researching and writing this piece. If you want to know more about our review process you can read this article. We hope that this article has helped you find the perfect phone plan!

Still wondering about Reach vs. AT&T? Here are some frequently asked questions that might help.

How can I pay my AT&T bill?

There are many options for paying your AT&T bill: online, in person, by mail, using auto pay, or over the phone. You can learn more about these different bill-pay options on AT&T’s website.

How do I call AT&T customer service?

Which network does Reach Mobile use?

Reach uses Verizon’s nationwide 4G network (although customers won’t have access to Verizon 5G). This should be welcome news to Reach customers because Verizon has the largest 4G network in the country.

Yes, for the right kind of user. Reach offers relatively affordable plans that may be perfect for those who don’t need a ton of data. It’s also known for its kind charitable giving.

But if you’re looking for a plan with a ton of data or high-performance then Reach isn’t the best carrier. AT&T, or another major carrier, like T-Mobile, would be better. And if you just want the cheapest plan around, Mint and Visible offer more bang for your buck. 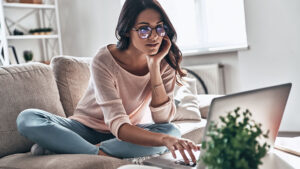 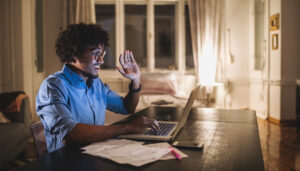 By
Easton Smith
Best No Contract Internet Providers 2022
You don’t have to sign a year-long contract to get great internet access. Here are... 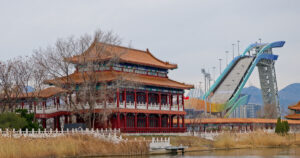