The Motorola One 5G Ace sports great features for a budget phone, but its nighttime photo quality may hold it back.

Motorola has a loyal following for its budget-conscious phones, as shown by your feedback on our YouTube channel. And why shouldn't they?

Motorola produces solid handsets that offer a mix of excellent battery life and features. And while not everything it puts out tops our lists, one of its latest handsets may just hold enough cards to win a spot in your hand.

Let's get into my Motorola One 5G Ace review.

If you’d rather upgrade to the Motorola One 5G Ace but not have to switch wireless providers, you’re in luck. More than 150 carriers offer plans that pair with the One 5G Ace smartphone, including Xfinity Mobile, Verizon Wireless, Google Fi, and Republic Wireless .

Here’s a look at a few different ways you can get unlimited data with your Motorola One 5G Ace phone:

To make it easy on you, we don't just hand you a massive list of all the deals—we simplify things for you by whittling our list down to just a handful of the truly great cell phone deals out there.

Using Republic Wireless with the One 5G Ace phone was a delight. Republic is an MVNO, or mobile virtual network operator. (We have a whole video on MVNOs too.)

Republic uses T-Mobile's network, and I have to say that the speeds I got were pretty awesome.

Speeds vary by location of course, but in many cases I was getting over 200 Mbps in parts of Los Angeles and Santa Monica. In the San Fernando Valley, my speeds could vary anywhere between 20 to 80 Mbps.

With that said, there are definitely some things you should know about using Republic Wireless service plans. For one, the plans offer great customization for however much data you want to use, as long as it isn't unlimited data. (Republic doesn't currently offer that.) We’ve got more details on what to expect in our Republic Wireless review.

The Motorola One 5G Ace has a large 6.7-inch low-temperature polysilicon (LTPS) and high-dynamic-range video (HDR10), 1080x2400 LCD display. You'll notice that it does have some visible bezels around the edges, though they're thinnish. You'll also notice the center hole punch 16-megapixel camera in the upper edge of the display. 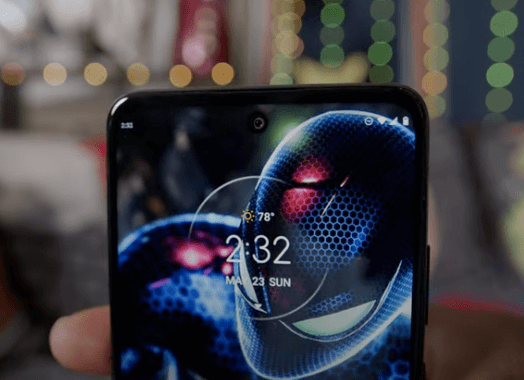 What are LTPS and HDR10?

Wondering what all those acronyms are? You’re not alone.

LTPS refers to the material used in the One 5G Ace display, low-temperature polysilicon. It’s known for superb picture quality and colors.

HDR10 stands for high-dynamic range, and HDR10 is twice as bright with twice as much contrast as SDR (standard dynamic range), complete with one billion shades of color.

Watching The Witcher on this display is a wonderful experience. It's light and bright with solid color reproduction. Like I've shown previously, some displays don't handle the show all too well, often being a bit too dark for enjoyment.

I should mention that the speaker definitely gets loud enough and it sounds really good—there are additional effects you can turn on that make it sound even better.

The Motorola One 5G Ace phone comes with the following cameras:

The default setting for the camera is actually 12 megapixels, and it uses Quad Pixel technology unless you hit the settings and choose high resolution.

If we take a look through the photos the 48-megapixel camera takes in ideal conditions outdoors, you'll see that they're great looking captures. Colors are vivid, but natural. Images are fairly sharp. 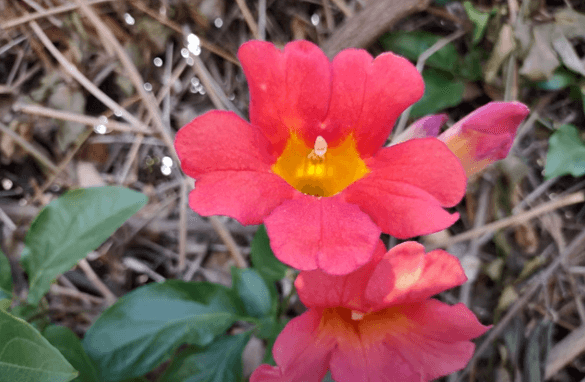 As you can see in these photos here, one of the cons to the camera is that it has a tendency to go hard on the contrast and produce some aggressively contrasty images. The ultra wide angle lens will get you some distortion at the edges of the image, but I didn't notice any fringing or vignetting. 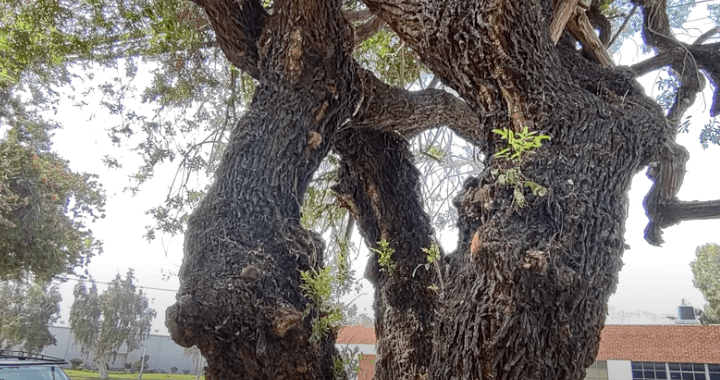 You can also see that distortion in this image here, where I reached up to take a picture of the lights hanging from that scaffolding. And here's that same image from the main camera, so you can see what it looks like without the distortion around the edges. 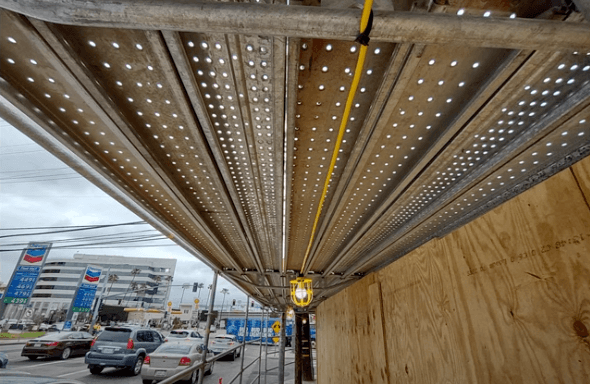 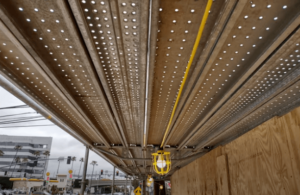 The macro lens is okay if you're in good light, though don't go blowing that image up because at two megapixels, you're going to see a degraded image fast.

Honestly, the low light and night vision images captured with this front-facing camera are not bad. They're definitely soft, but decent.

Overall, the cameras are fine in the right light, just know they'll struggle a bit in lower light settings. The night mode images are noisy in the blacks, and just to give you an idea of what that looks like ideally, here's a night mode image from the One 5G Ace next to one from the iPhone 12 Pro Max. 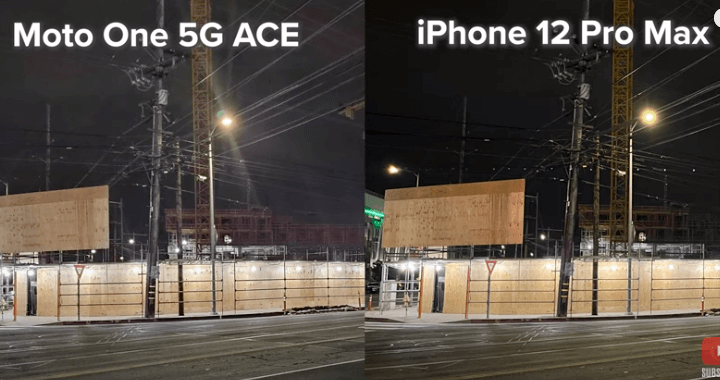 To be clear, this is not an apples-to-apples comparison, as there's much more expensive hardware in the iPhone. To give you an idea of what I mean by noise in the photos, it's that graininess you see in the dark areas of the photo, which are black in the iPhone's photos.

The issue here is that other phones in this price point, like the Google Pixel 4a, will also get you better nighttime captures without all that graininess.

Portrait mode is okay with regard to the front of the camera. You can see how it handles softening images around the focal point of the image here as it blurs my jacket, but does manage to keep my beard in focus. 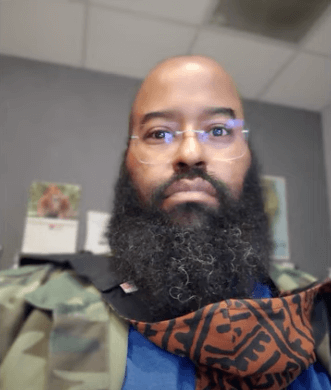 So, let's take a look at the hardware. The One 5G Ace is a thick little number, but feels good in hand.

Looking at the rest of the phone, you get your SIM tray on the left side which offers expandable storage. On the bottom of the phone, you'll get a mono speaker, which as I previously stated, can play your music nice and loud, and it features a 3.5 mm audio port.

Under that plastic body, you'll find a beastly 5,000 million amp hour (mAh) battery. And that’s actually one of the strongest points of this phone. It truly has all-day battery life and for many people, multi-day battery life.

Personally, I couldn't drain the battery in a day. At the end of my days, it sat around 40% power left, even during heavy use. And that was with screen brightness all the way up and all the features I wanted running full-steam, like Peek Display.

The only potential downside to that massive 5,000 mAh battery is that it only comes with a 10-watt charger in the box. So it's going to take you some time to charge.

Now, the phone does support Motorola's TurboPower quick charge, but again, you're not getting that in the box. So you'd have to buy a third-party charger or buy an aftermarket Motorola TurboPower charger in order to get the full recharging speeds.

One of my favorite things when talking about Motorola's phones are the Moto Actions like Moto gestures and Moto display, which augment core functionality on top of the Android 10 operating system (OS) without adding a bunch of unnecessary bloatware.

In terms of recent Motorola phones I've really enjoyed, I'd place the One 5G Ace somewhere in the middle of the pack. I like—well actually loved—the 2021 Moto G Stylus over this, but the Moto G Stylus isn’t 5G enabled.

The One 5G Ace is also slated to get only one update of the Android OS and currently ships with Android 10 out the box. So if you're someone who keeps a phone longer than two years, that could be problematic, especially considering some competing phones will see up to three years of updates.