Blue by ADT has better smart home features than Cove, but Cove has more security equipment
Excellent Alternative to ADT

Blue by ADT and Cove are both pretty basic home security systems with DIY installation. But Blue by ADT has more advanced cameras, more smart home features, and more monitoring options than Cove.

Cove is a good choice if you want a basic security system with solid emergency dispatch features. But if you want a doorbell camera and home automation capabilities, then we recommend Blue by ADT.

Blue by ADT pros and cons

What’s the difference between ADT and Blue by ADT?
Blue by ADT is the DIY home security offering from the biggest name in home security, ADT. The traditional ADT system is professionally installed, and it has completely different equipment, features, and monitoring than Blue by ADT.

Blue by ADT vs. Cove: Prices and monitoring plans

The winner: Blue by ADT. Blue has similar pricing to Cove, but you get more for your money

Blue by ADT lets you choose between self-monitoring your system for free or paying a monthly subscription price for professional monitoring.

We recommend professional monitoring because the whole point of a home security system is to protect your house when you’re not home or sleeping. Unless you’re glued to your phone 24 hours every single day, then there’s no way you can do as good of a monitoring job as the pros can. 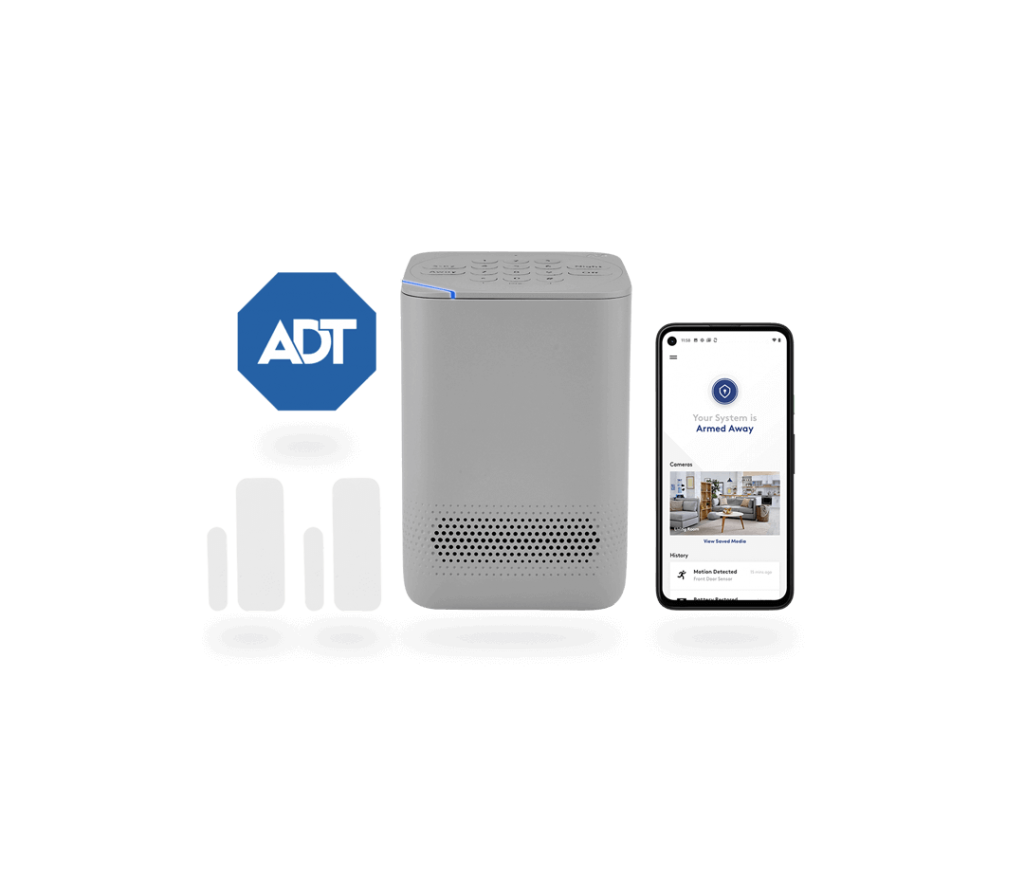 Your Blue by ADT equipment primarily uses Wi-Fi to work, but if your internet ever crashes, you don’t want your security system to crash with it. Cellular backup switches your system to a cellular connection, so everything stays on and working—even in a total power outage.

As for Cove, it doesn’t do the whole self-monitoring thing. If you don’t subscribe to one of Cove’s professional monitoring plans, then your system will only work as a local alarm.

A local alarm means that the siren will go off if someone trips a sensor, but you won’t get any alerts about it, and no one’s gonna call the cops (or fire department, or paramedics) for you.

At $14.99 per month, Cove’s cheapest professional monitoring plan costs a little less than Blue by ADT’s. But if you want mobile app access and smart home support, then you need to opt for Cove’s Plus plan, which costs $10 more per month. 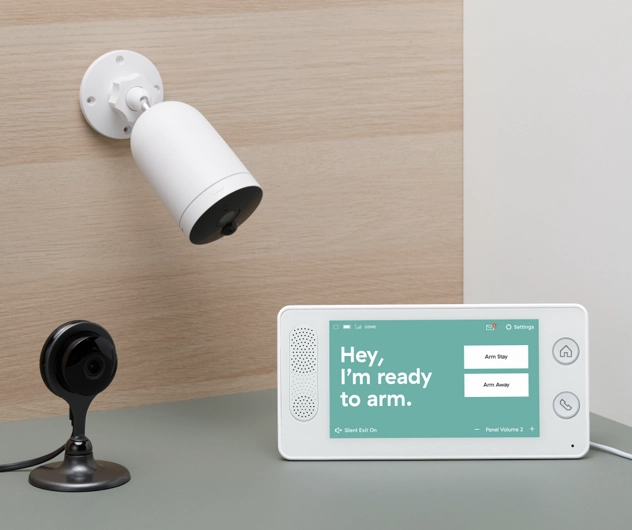 No matter which plan you choose, Cove’s professional monitoring service has an extra feature that can help first responders reach you faster in an emergency: RapidSOS.

RapidSOS is a company that partners with Cove to quickly send emergency dispatchers important information about you, like your name, address, and medical info.

Normally, the Cove rep would have to read all of your info to the dispatcher over the phone, which can take a while. And in an emergency, you don’t always have “a while.” Those few minutes you save could make a huge difference.

The winner: Tie. Cove has more security equipment than Blue, but Blue’s plans are a better value

This one’s a tie because Cove has more security equipment, but Blue by ADT has more cameras and features. If you need a smoke alarm, or a panic button, or even just a key fob, then you’re going to want to go with Cove. Blue by ADT doesn’t have any of that stuff.

But if you want a doorbell camera or an outdoor camera that can recognize faces, then Blue by ADT is the better choice.

Blue by ADT used to have more security equipment, and we hope they bring some of those devices back. As it is, Cove definitely has more sensors, including smoke alarms and medical buttons.

Blue by ADT vs. Cove: Cameras

The winner: Blue by ADT. Blue by ADT has a doorbell camera, but Cove does not

Blue by ADT’s cameras are definitely an upgrade over Cove’s cameras.

That said, they’re not the best security cameras we’ve ever tested. Blue by ADT’s Indoor Camera is solid, but its Outdoor Camera has some connectivity issues, and its Doorbell Camera doesn’t have some AI features we expect from video doorbells in its price range.

All of Blue by ADT’s cameras have night vision, motion detection, two-way audio, and facial recognition.

The facial-recognition thing is cool because not a lot of security cameras offer it yet. But this feature can be a bit glitchy. When we tested them, none of Blue by ADT’s cameras consistently recognized faces. 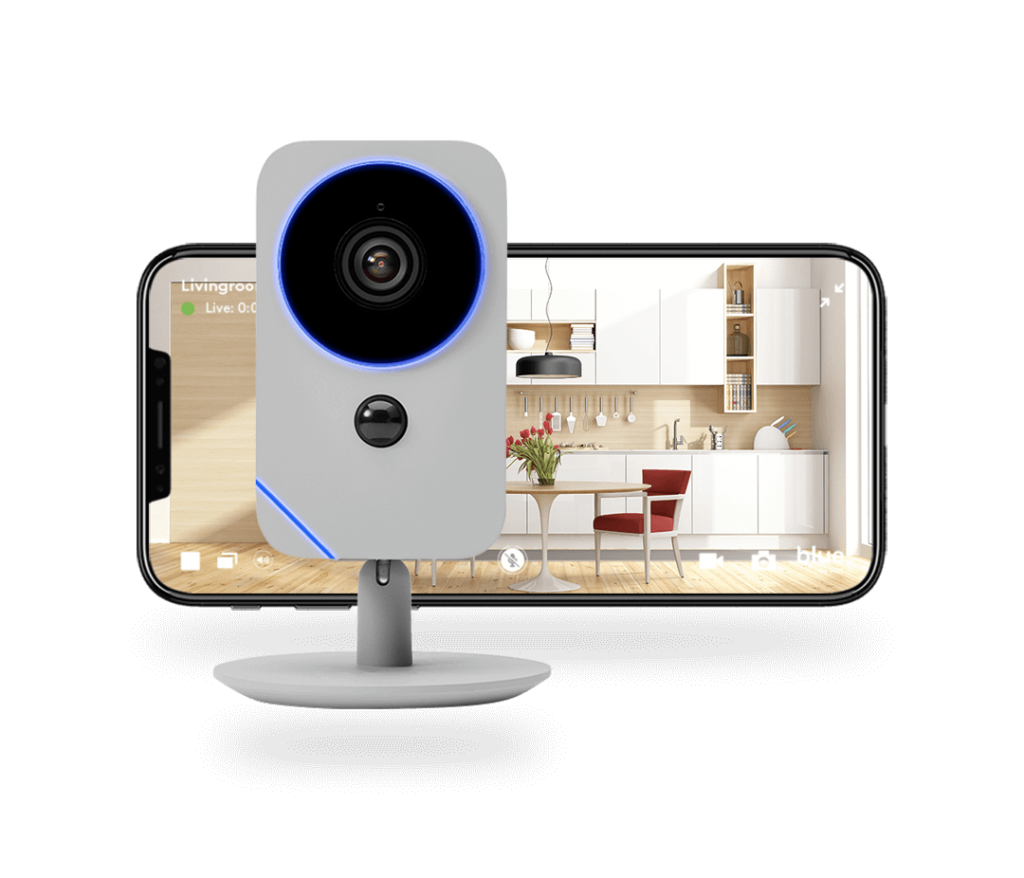 We like the Blue by ADT Indoor Camera the best. It uses a power cord, so it’s not fully wireless, but it does have battery backup. If your power goes out, your camera will keep working for a while. We don’t see that feature from many other indoor cameras.

Cove’s cameras are fine, but they’re simpler than Blue by ADT’s. They don’t have facial recognition, and Cove doesn’t even offer a doorbell camera.

Cove’s cameras are cheaper than Blue by ADT’s, though. If you don’t want to break the bank on a security camera, Cove will save you some cash.

Both Cove and Blue by ADT’s cameras support both cloud storage and local storage, which is great. You can keep video footage in the cloud (for an extra monthly fee) or use a microSD card to store footage locally where it’s safe from hackers.

The winner: Blue by ADT. Cove doesn’t have much smart home functionality

Cove doesn’t have very many smart home integrations. It works with Alexa and Google, but not very well. You can use your Amazon Echo or Google Nest to arm your Cove system or ask about its status, but you can’t turn on your cameras or disarm the alarm.

On the flip side, Blue by ADT has a bunch of smart home integrations. It works with Alexa and Google, same as Cove, but you can do more with them.

In fact, because ADT has a partnership with Google, you can control your entire Blue by ADT system using a Google Nest Hub or Nest Hub Max. That basically gives you a touchscreen control panel that can still do all the regular Google Assistant stuff, like make lists, search the internet, and play music.

Blue by ADT also works with some smart devices from other brands, including Philips Hue smart lights and Sonos speakers. If you use compatible devices, then you can control all your smart stuff from the same app and make your house a true smart home.

The winner: Cove. Cove gets better reviews than Blue by ADT, and it has a live chat option

Blue by ADT’s customer service isn’t bad. (It generally gets better reviews than the traditional ADT system does.)1 But Cove customers still seem happier overall with their customer experience.

Cove gets 4.8 stars on Trustpilot with over 1,200 customer reviews.2 Compare that with Blue by ADT’s respectable, but still lower, 3.8 stars.3

If you need help with your system, Cove and Blue by ADT both have reps available by phone or email. You can also probably help yourself with any questions by checking out Cove’s online knowledge base or Blue by ADT’s support center.

We have to give Cove extra points for also offering live chat, which is our favorite way to communicate with customer support.

Blue by ADT vs. Cove: Which is better?

We think Blue by ADT is better for most people because it’s roughly the same price and has things Cove doesn’t, like better smart home support and a doorbell camera. But Cove is still a great choice for people who want a basic, uncomplicated security system.

All of the security systems we review are judged based on these five main categories:

We’ve tested both Cove and Blue by ADT security systems and talked to representatives from both companies. We’ve been writing about Blue by ADT since it was first announced and have tracked updates to its equipment and offerings.

Does Cove use Wi-Fi?

No, Cove doesn’t need Wi-Fi. It’s a completely cellular system, which is more secure and reliable than a Wi-Fi security system.

Does Blue by ADT use Wi-Fi?

Yes, Blue by ADT mostly uses Wi-Fi. If you pay for a professional monitoring plan, then you’ll also get cellular backup that will keep your system running even if you power goes out.

Does Cove work with IFTTT?

No, Cove doesn’t work with IFTTT. It does have basic integration with Alexa and Google, but that’s it.

Does Blue by ADT work with IFTTT?

Yes, Blue by ADT works with IFTTT. Even without IFTTT, you can set up rules and routines in the Blue by ADT app to control your security equipment and your cameras together.